Decatur reacts to election of Warnock and Ossoff

Decatur reacts to election of Warnock and Ossoff

Rev. Raphael Warnock was elected as the first Black senator from Georgia, and Jon Ossoff elected as the youngest member elected to the Senate since Joe Biden in 1973. Both candidates defeated their Republican opponents — incumbents Kelly Loeffler and David Perdue — by an extremely narrow margin, with just over 50 percent of the vote as of Wednesday evening.

On the morning of Jan. 6, the Square was very quiet, partially due to a “suspicious package” false-alarm at the courthouse that closed several streets. That fluke seemed to foreshadow the Trumpist violence and mayhem that would occur in Washington, D.C. and at the Georgia Capitol later in the afternoon. But we still found a few Decatur residents willing to discuss the election results. These interviews were conducted when Warnock’s victory had been confirmed, but Ossoff’s was considered probable. 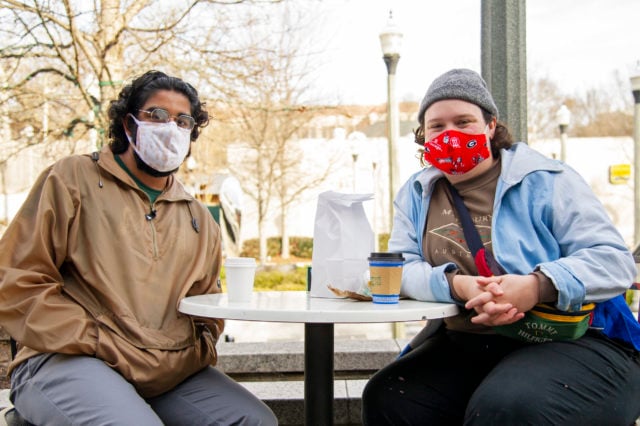 “We feel good that the Democrats have House and Senate, and we’re hoping Ossoff pulls through,” said Burton.

They hope that the newly-elected Senators will be able to follow through on their promises regarding stimulus checks, “at least some” Medicaid expansion and making public education cheaper.

“It’s been Mitch McConnell in the Senate for a long time,” said Pidaparti. “It has been a deadlock, but sometimes it’s used as an excuse. I’m hoping we can dream pretty big with Democratic leadership … it’s not about finding a midpoint.”

Molly Langsdorf of Loganville, Ga. said she was “thrilled” with the election results. She voted early in the runoff election as well as the November election. “Even with corona, at the polls we waited three hours, but I felt it was worth the risk. The number of people who came out to vote was amazing. It makes me proud to live in Georgia.” 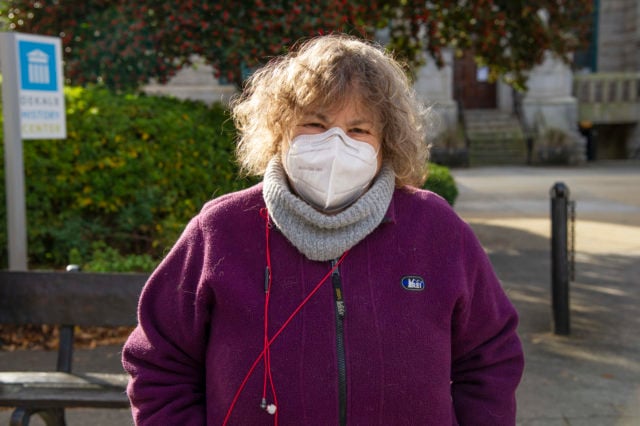 Decatur resident Maya Hahn was walking her dog. She said she also voted early. “It looks like we’re going to have both of our Democratic candidates elected, and I couldn’t be happier to see Mitch [McConnell] just fade away. I’m looking forward to the coming years where they’re in the senate and we have a Democratic president and Kamala [Harris] is VP. The future looks bright.” 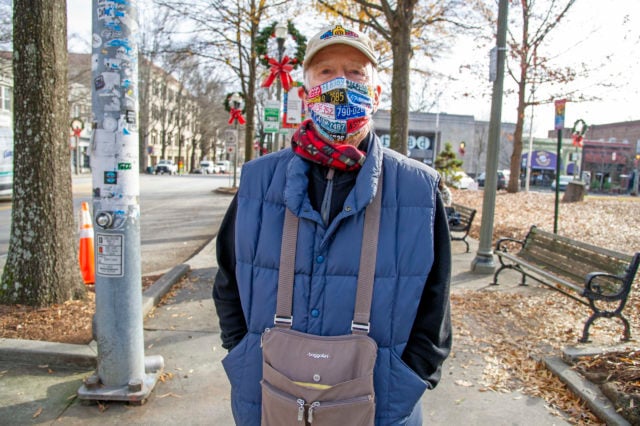 Barnhardt said he spent Election Night being “completely anxious” and “trying to add up what possibly could happen, and what’s going to happen now.”

“I’m going to be 80 years old in July, and I’m really thankful, so thankful,” he said. “At least Biden will have a chance. He’s got to have that Democratic control [of the Senate]. We need somebody with a head on their shoulders.”

Barnhardt said he voted on the first day of early voting. He had moved to Decatur eight years ago after living in Tucker for 45 years.

“[Warnock and Ossoff] will bring level heads to the Senate. I was just thrilled,” he said. 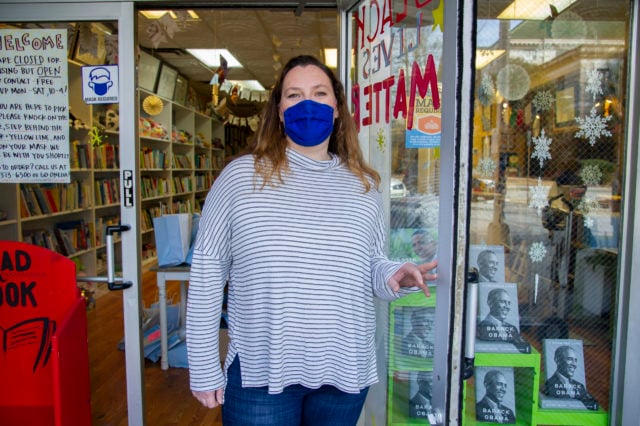 Sunny Bowles, a bookseller at Little Shop of Stories, also expressed her support for the election results.

“It’s a new beginning, it’s time for a change and I’m happy it’s finally getting here,” she said.

Bowles had been pulled out of the bookstore by busker Guitar Red, who was expressing his joy in the form of song.

We asked Guitar Red, a busker in the Square in @CityofDecaturGA what last night's election results mean to him. In response, he sang us a song. pic.twitter.com/VV1fuKEXqK 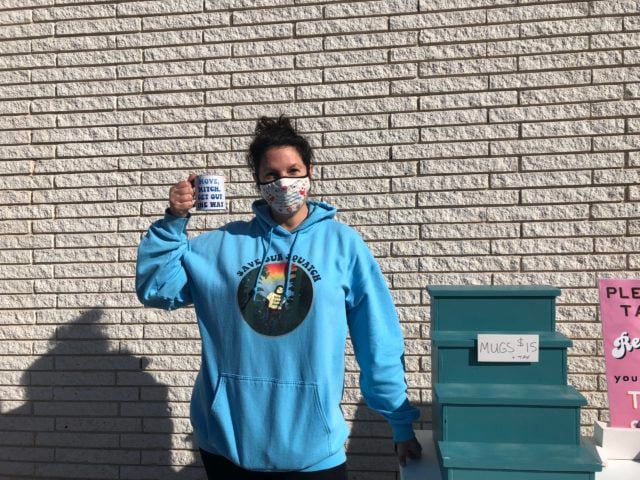 Artist Monica Martino holds up a hand-printed mug she made at her studio and gift shop Lemon Zesty, located on E. College Ave. Photo by Alex Brown.

Monica Martino, who owns the art studio and gift shop Lemon Zesty, was busy printing up mugs reading, “Move, Mitch, get out the way.”

“I came up with the idea last night while I was just high on life,” said Martino. She said she had sold about 150 mugs by early afternoon.