DeKalb Elections Board says 2020 elections were a success

DeKalb Elections Board says 2020 elections were a success 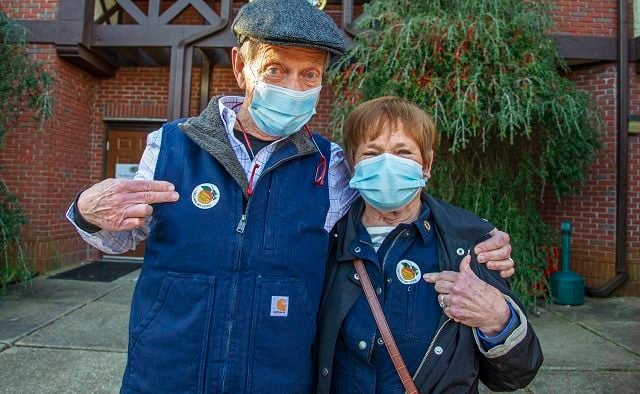 DeKalb County, GA — The term “unprecedented” may be overused these days, but DeKalb County voters definitely set records when turning out at the polls in the last 12 months.

As DeKalb County Elections director Erica Hamilton noted, a 62 percent turnout for a runoff is historic. The county’s rehabilitated website, social media presence, translated materials into Spanish and Korean and media relations are attributed to the uptick in voter participation.

Hamilton hopes voters continue their enthusiasm as the election cycle continues next month when seven candidates fight for the vacant House District 90 seat. Early voting begins Jan. 19 at DeKalb County’s Elections office at Memorial Drive and Wesley Chapel-William C. Brown Library. More information about this election appears at the end of this article.

DeKalb County Elections director Erica Hamilton thanked staff, commissioners, board members and all the departments of the county, as well as external partners communications director Erik Burton and National Vote at Home Institute.

Hamilton said, “To the voters of DeKalb County: I can’t commend you enough.”

Board members voted unanimously to hold an after-action review meeting in March to review processes and prepare for future elections; and read live public comment into the record beginning in February.

Here is additional information about the special election for the House District 90 seat:

“Our office has actively been planning to prepare for the special election and has already started mailing absentee ballot applications on Jan. 10, so some voters may already have their applications in their mailboxes,” said DeKalb VRE Director Erica Hamilton. “With all the energy around our latest election cycle, we want to encourage those registered voters in House District 90 to come back to the polls for this special election.”

DeKalb VRE leaders also are encouraging voters opting to vote in person to practice social distancing and wear a mask to the polling locations.

“For your safety and ours, we strongly recommend voters follow CDC’s guidelines while in public,” Hamilton said. “We will actively clean polling machines and hard surfaces at all of our precincts but ask the community to also remain vigilant in helping us combat this pandemic while exercising their right to vote.”

DeKalb VRE will host advance voting at two locations beginning Jan. 19 through Feb 5. Voting will take place during those days, Monday through Friday, 8 a.m. until 5 p.m. Weekend voting is scheduled for Saturday, Jan. 30, 9 a.m. until 4 p.m.

Voters have five drop boxes that are available for absentee ballots. All drop box locations are under 24/7 surveillance.

The special election will be held on Feb. 9 for District 90 voters, which includes parts of DeKalb, Henry and Rockdale counties. A runoff election, if required, would be scheduled for March 9. Voters are required to cast their ballots at their assigned precinct on Election Day. To verify Election Day polling locations, visit www.DeKalbVotes.com. Polls are open 7 a.m. until 7 p.m. on Election Day.