DeKalb officials want to hit the brakes on drag racing

DeKalb officials want to hit the brakes on drag racing 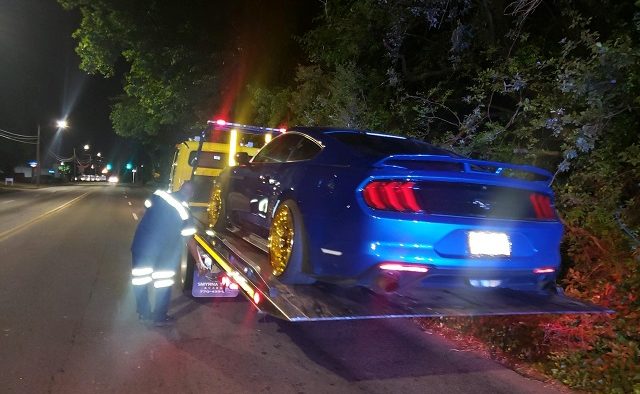 A vehicle impounded during a crackdown on illegal street racing. Photo provided by Atlanta Police
Share

More than 600 citations have been issued in metro Atlanta for drag racing and stunt driving, according to Lt. Timothy Donahue of DeKalb Police Department. In summer 2020, Operation Deny the Drift targeted highway take overs, when hundreds of drivers meet up to race from one location to another.

“Our efforts are beginning to pay off. We have seen a noted decline over the last few months in the number of incidents. It’s still not where we want to be, but we are working toward what it should be – which is none,” Donahue said, adding that the DeKalb Police Department is working together with metro Atlanta agencies. “This isn’t just a DeKalb County problem. It is a metro Atlanta problem.”

Donahue advised calling 911 when in immediate danger, or calling 404-294-2000 to report where drag racers live, visit or store vehicles.

DeKalb County Commissioner Mereda Davis Johnson, an attendee of the Facebook Live event, said she plans to introduce a resolution to “urge the Georgia General Assembly to develop legislation to better protect Georgia’s citizens, roadways, and public and private property from unlawful street racing activities and other reckless driving exhibitions.”

Jones said DeKalb County and other jurisdictions have done the best job possible, considering gaps in the law.

“The problem is our existing laws are inadequate. As this is a relatively new phenomenon that’s taking place on our public highways, state roads and county roads, we now have to go back and update our state laws,” said Jones.

Decatur resident Bobbie Sanford was also on the panel. Her daughter-in-law, Jaye Sanford, for whom the bill is named, died in November 2020 near Memorial Drive and Columbia Drive in Decatur when her car was hit head on by a street racer. Jaye’s daughter survived the crash.

“People who choose to street race, if they realize, if they stop for a moment to think about the devastation and the grief that they can cause families. No family should have to suffer and go through the experience that we have experienced,” Bobbie said.

Public comments included creating a space for car enthusiasts. Identified as Ghost, the president of Camaro Nation ATL said car clubs like his need a weekend location to show off supped-up vehicles and do tricks in a safe, controlled environment. Ghost said car clubs are erroneously blamed for drag racing and stunts.

“We don’t do that type of stuff. We give back to the community, feed the homeless, give clothes away, stuff like that. We do everything we can to help the community,” Ghost said.

Lt. Donahue agreed that car clubs get a bad rap.

“Like you said, there are a lot of car clubs in metro Atlanta who are not doing this stuff, and you guys kind of get lumped in together. It’s unfair and it’s unfortunate,” Donahue said.