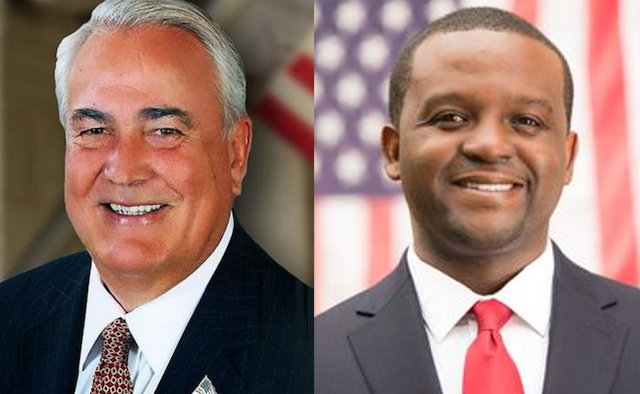 Atlanta, GA — While we have all the votes in the race for the Georgia Public Service Commission, a lingering question about where the race did — and did not —  appear on the ballot remains in the air as Daniel Blackman makes a longshot push for enough votes to reach a recount.

With all provisional votes counted, the margin between Blackman and the sitting commissioner, Republican Lauren “Bubba” McDonald, stands at 49.57 to 50.43 percent, a margin of 36,864 votes out of 4.42 million cast.

Our earlier reporting stated that the threshold for a recount was a 1 percent gap. That is incorrect: Gabriel Sterling, Chief Operating Officer with the Georgia Secretary of State’s Office, informs us that the margin is 0.5 percent, a result of a recent change to state law, and the threshold in this case would be 22,224 votes.

Thursday night, the Blackman campaign announced that it had received reports that the public service commission race had not appeared on some voters’ ballots.

“While some Permanent Overseas Voters’ ballots would not have included a state-level race, there have been reports of other ballots beyond those,” the campaign said. “We are gathering information to determine if these are isolated cases or larger concerns.”

Those claims have not been substantiated by elections officials.

“DeKalb Voter Registration and Elections (DeKalb VRE) is not aware of any omission of the Public Service Commission race from absentee ballots that qualify for this contest,” said Erica Hamilton, director of Voter Registration and Elections for DeKalb County. “DeKalb VRE has not received any complaints regarding an omission of the Public Service Commission race and has reviewed all ballot proofs pertaining to the Jan.5 runoff election. No omissions have been identified. We continue to work diligently to certify this election on Jan. 15, as required.”

About 27,000 overseas and military ballots had been requested for the runoff, Sterling said. About 13,000 of those had been returned.

The Georgia Secretary of State’s office announced a week after the November election that it would consolidate the PSC runoff on the January ballot with the two U.S. Senate races. The PSC race had initially been set for December 1.

Correction: An earlier version of this story incorrectly reported this race would be headed to a recount. However, new information obtained by Decaturish showed that was not the case. This story has been updated with the correct information.