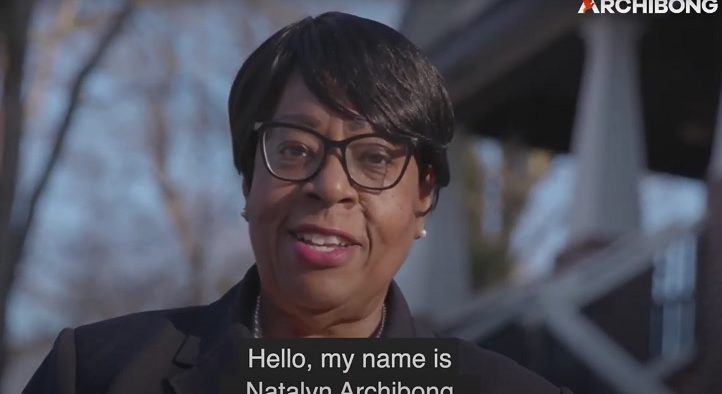 Atlanta, GA — Atlanta City Councilmember Natalyn Archibong announced her bid for Council president on Monday, touting her nearly two decades of service representing a district on the east side of the city.

Archibong aims to replace current Council President Felicia Moore, who announced earlier this month that she is running for mayor against Keisha Lance Bottoms in November. Archibong is in her fifth term representing District 5, which includes East Atlanta, East Lake, Edgewood and Kirkwood.

“After due consideration given my tenure on the council and I know how the council operates and the concerns that the city faces and our challenges, I felt it was an opportunity that would be beneficial for the council and more importantly for the community at large,” she told Decaturish.

Archibong wants to strengthen communication between the council, the mayor’s office and the public “in a way that we could really shape policy directions for the city,” she said.

Council presidents primarily preside over meetings, make committee assignments and select committee chairs. They do not introduce legislation and will only cast votes in the event of a tie.

Archibong pointed to the rezoning of the land within the Edgewood Retail District as one of her major accomplishments.

“It’s the first time we had development of that magnitude providing services and goods on the east side of Atlanta,” she said.

She also cited her “brainchild,” the Imagine Memorial Initiative that made Memorial Drive more pedestrian friendly.

Archibong said that Council president is a position best held by someone with council experience, and that none of her current colleagues are considering challenging her.

“I do not aspire to run for higher office in terms of being mayor, and in the past, most of the people who’ve been council president have been looking for the opportunity to aspire for higher office, which I think impedes the communication we need to have between the administration and the council,” she said.

“In terms of best-qualified candidates, there were won’t be anyone that will compete with me, but we’ll see what else happens,” she added.

Archibong is the founder and former president of the East Lake Business Association. She’s a former education activist and currently owns a bankruptcy and family law firm on Maynard Terrace.

Civic activists Liliana Bakhtiari and Mandy Mahoney have launched bids for Archibong’s seat. This will be Bakhtiari’s second run for the District 5 seat after coming within some 250 votes of beating Archibong in 2017.

Elections for all Atlanta City Council seats and for mayor will take place Nov. 2. Watch Archibong’s campaign announcement below: