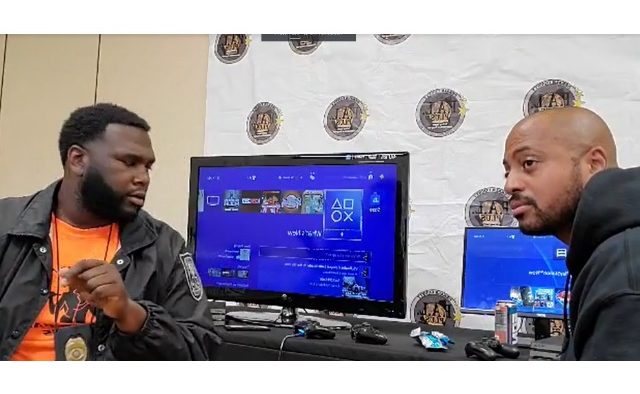 DeKalb County, GA — The DeKalb County Police Athletic League is bringing back a popular event from last year designed to help police connect with the young people they serve.

This year’s “Gaming With a Cop” competition will be virtual due to the COVID-19 pandemic and will kick off at 8 a.m. on Monday, Feb. 15. Students will be out of school due to the Presidents Day Holiday.

Detective Khary Ricketts said there are “several gamers” within the DeKalb County Police Department. He said Officer C. Munroe approached the Police Athletic League with the idea in 2019.

“Our mission is to work with the youth,” Ricketts said. “Munroe and the Gang unit approached us. He’s a gamer. He asked, ‘How we could work together to put this together?'”

Last Presidents Day about 30 young people participated in the inaugural Gaming With a Cop event.

“We had probably about 10 officers that participated in the event as well,” Ricketts said. “The games we played last year were ‘NBA 2k20,’ ‘Madden 20’, and ‘Super Smash Bros.’  We did ‘Dragon Ball Z’ as well.”

He said this year’s event was marketed through the county’s juvenile probation department and the county’s schools.

“We’ve been passing flyers out as well, and pushing it on our social media pages,” Ricketts said. “With COVID doing what it did last year, it challenged us in how we could continue to be effective with the youth. We’ve tried to up the ante.”

Ricketts said the event opened up new possibilities for the Police Athletic League to connect with young people. It was an event that drew in kids who may not be interested in sports. It also put police officers at a competitive disadvantage. Your size and physical speed are not going to help you beat a 12-year-old at “Super Smash Bros.”

“The gaming culture in e-sports is so prevalent now and so big, it gave us an opportunity to interact with the youth on a completely different level and they’re so experienced in that realm,” Ricketts said.

Last year one of the officers lost – repeatedly – playing “Super Smash Bros.” Ricketts said he lost a game of “Madden.”

He said while this year’s participants will be there virtually, officers will be playing from a studio in Chamblee. They will communicate with their fellow gamers via the Discord app, which will be a new experience for some officers. He said the Police Athletic League would like for participants to live in DeKalb County, but given the circumstances, they’ll accept anyone from the Atlanta metro area who wants to take them on. There’s one important condition, however.

“They have to come to DeKalb County Police Headquarters to receive their prizes,” Ricketts said.