‘The Black side of town’ : Revising Avondale’s white-only narrative

‘The Black side of town’ : Revising Avondale’s white-only narrative

Editor’s note: This is the third of a three-part series on the history of Avondale Estates. Kathryn Wilson is an Associate Professor of History at Georgia State University, where her research and teaching focus on public history, race, and the urban landscape. She has lived in Avondale Estates for 11 years and is married to Lionel Laratte, the city’s first Black commissioner. This story was sourced using newspaper archives and other records. To see part one, click here. To see part two, click here.

Avondale Estates, GA — On the western boundary of Avondale Estates stands a brick and stucco gateway. Dating back to the founding of the city, the gateway originally spanned both sides of College Avenue/North Avondale Road. The gateway is known by locals as “Carl’s Corner” and although Avondale Estates was a white-only community for much of its history, the Carl for whom the gate is named was Black.

His name was Carl Houseworth and he lived just a stone’s throw away from the gateway at 9B Franklin Avenue with his wife Florida (Flossie). Born in 1904, Carl lived in Avondale Estates for at least 25 years and worked as a yard man and general laborer for Avondale families and the city, doing landscaping work and caring for horses. He was a familiar sight around the neighborhood, often with his mule in tow. He registered for the draft during WWII, listing Lyman Murphey as his employer. His wife Florida (“Flossie”) was a domestic worker who was also employed by the Murphey family. Houseworth was still in Avondale Estates when his mother passed away in 1954 and sometime in the next nine years moved to Gifford Street in Scottdale, where he died in 1963. Before his marriage, Houseworth lived on North Avondale Road, next to Lucy Watson, with his mother Anna Hammond. Anna appears to have been a single mother for much of Carl’s young life, taking the name Hammond after 1920. 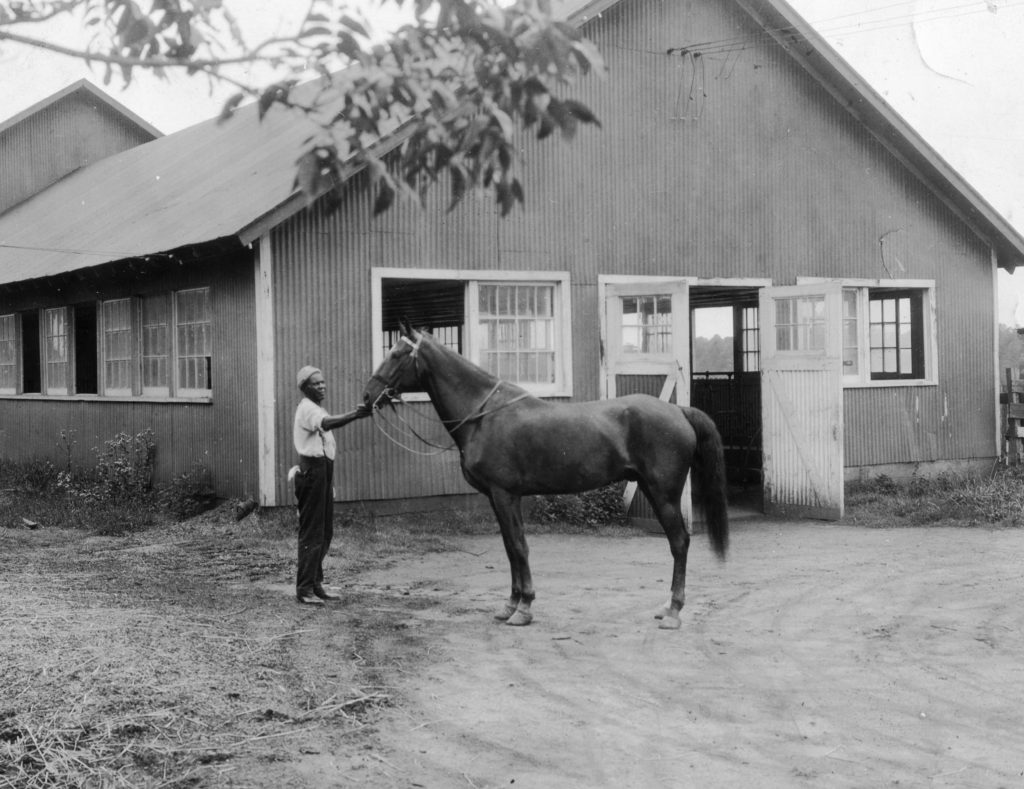 Houseworth’s extended family had a long history in Ingleside and the surrounding area predating the creation of Avondale Estates. Carl was the grandson of Aaron Houseworth, a sharecropper living in the Evans District in DeKalb County, an agricultural area just east of Avondale Estates. Aaron married Adlecta (Letcher) Paden in 1872 and the couple had 11 children, one of whom was Anna, Carl’s mother. Aaron and Adlecta would have been enslaved as young children, reaching adulthood after Emancipation. Aaron’s father, Daniel Houseworth, who lived in Fulton County after Emancipation and worked as a farm laborer, would have been enslaved much of his life. The estate of Philip Housworth, a wealthy landowner in DeKalb County, listed 12 slaves in 1850, one of them Daniel, a blacksmith. Could this be Carl’s great grandfather? Because many enslaved persons took the surname of their enslaver, it is likely that Carl’s ancestors had their origins on the estate of Philip Housworth or one of his sons, who lived nearby.

Aaron’s son Elihu (Carl’s older uncle) lived and farmed in Ingleside along Covington Road in the early 20th century with his wife Liza Houseworth (nee Armstead) and their children Emzel, Annie, Charles, Enrel/NL, Frank, and Marie. Frank, NL, and Charlie Houseworth were drafted during WWI after working as trackmen for Georgia Railway and Power Company on the Stone Mountain streetcar line. The three brothers migrated to Detroit after the war, where Charlie was married in 1932 and worked as a porter. Elihu and Liza stayed in Ingleside and Elihu died in 1936. Aaron’s sons John and Arthur, whom Carl lived with in the 1920s, were located on Grand Avenue and Clarkston Road and Indian Creek Church Road. At this point, Carl, still a teenager, was working as a general laborer. He could read, but not write.

Carl Houseworth’s family history alerts us to the presence of African Americans in Ingleside for several generations, and a “Black side of town”[1] in Avondale Estates that predates the creation of the model suburb and continued to be a part of the landscape at least through the 1950s. Houseworth’s neighbors in Avondale in the 1930s and 1940s included several Black families living along Covington or in the vicinity of Franklin Avenue, about two percent of the Avondale population. In 1930, Lucy Watson, a 50-year-old widow, lived on Covington, as did George Fuller and Rufus Walker, sawmill laborers. In 1940, Blacks constituted four households along Franklin Avenue, probably in double shotgun houses. These included the Houseworths, the family of Russell McDaniel, a bricklayer/laborer from Shermantown in Stone Mountain, and his wife, Estelle, who worked as a maid, with their four children; Charlie Banks and his family; Emma Hinton, a widowed laundress, who lived with her niece, Ella May, and her brother, Drew Hightower. Emma had been married to Elonza Hinton, a truck driver, living on Oak Street in 1930. Others, mostly young women, lived in as servants with white families.

While Avondale Estates remained white-only from the 1920s to the 1960s, the residential enclave was intimately linked to a larger landscape of segregation. The commercial area, which bordered Scottdale, was an area in which the races mixed, albeit within strict rules of segregation. The Avondale Theater was segregated; Blacks watched from the second balcony using a separate entrance on the side of the building. Schools were strictly segregated, with Scottdale the site of schools for non-whites. Despite its name, Avondale Colored Elementary and High School was located in Scottdale in 1924, and in the 1950s and 1960s Hamilton High School drew Black students from around the area. As Avondale Estates developed an array of amenities for white residents in the 1920s and 30s, Scottdale remained an unincorporated area with no local government, roads, or other basic utilities. 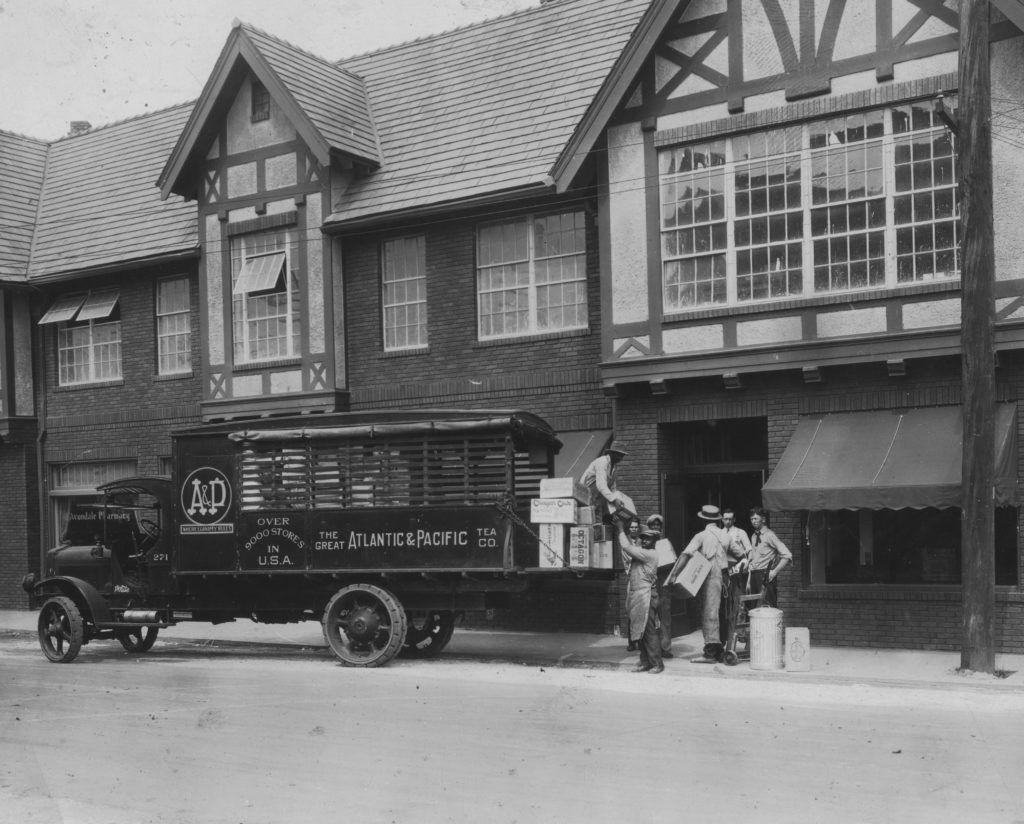 The area bordering Avondale and Scottdale, previously part of Ingleside, was part of a larger network of Black settlement in DeKalb County. It was adjacent to Eskimo Heights, the Black neighborhood of Scottdale that became a resettlement site for African Americans displaced by urban renewal in Decatur and Avondale Estates in the 1960s, including Carl Houseworth. Blacks in Avondale Estates and Scottdale also likely had relationships with residents of the Porter Plantation, owned by one of the first African American landowners in DeKalb, Frank Henry Porter. Carl’s uncle Elihu lived near Porter in the 1910s along Covington Road just east of Avondale Estates. Houseworths may have been members of Mt Pleasant Baptist Church, as Carl Houseworth is buried in the Mt. Pleasant Cemetery on Porter Road, along with his Uncle Emzeal and Aunt Mamie.

The history of Avondale Estates has been written as if the Houseworth family and others did not exist and race was not part of the community story. Not only did these families’ residence predate Avondale’s creation, but the lifestyle of Avondale Estates residents was dependent on the labor of people of color like Carl Houseworth who maintained gardens, worked stables, cleaned houses, and served in or ran local stores. When historical signage at Carl’s Corner was installed after a restoration of the gate in 2017, no mention was made of the fact that Carl was Black. The shotgun house that his family lived in is no longer standing, presumably collateral damage in one wave of Avondale’s post-WW II urban renewal. By erasing Carl’s full identity, the city of Avondale Estates missed an opportunity to pay tribute to the labor of generations of Black workers and to acknowledge the “Black side of town,” which linked Avondale to its neighbor Scottdale.

Sources used for this article include the US Census for years 1850-1940, draft records, death certificates, oral histories housed at the DeKalb History Center, and a 1983 community study of Scottdale. Citations can be found at circapast.wordpress.com. The author would love to talk with anyone who knew Carl Houseworth or members of his extended family, or who can shed light on the relationship with the Porter community.