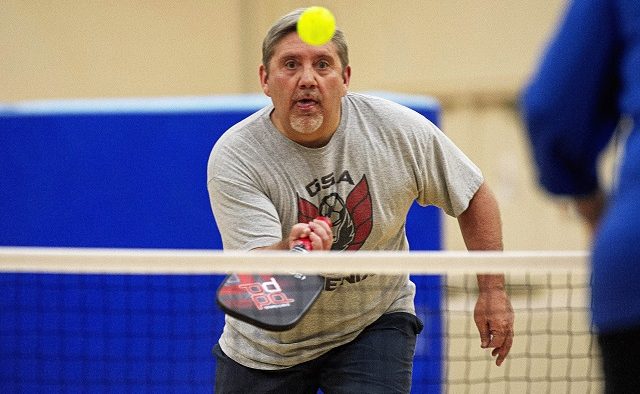 Tucker, GA — Here’s a quick look at the latest stories from the Tucker Observer, a new website created by Decaturish.com.

Recreation Leader Joe Stewart described pickleball as a combination of tennis, badminton and Ping-Pong. It’s played with paddles and a whiffle ball on a badminton sized court with a modified tennis net and can be played doubles or singles. Registration for spring outdoor leagues starting up in March is open now.

Clarkston, GA – The Clarkston City Council, at its Feb. 2 regular meeting, approved a proclamation for Black History Month, gave the housing committee direction to make policy regarding affordable housing solutions, and decided not to move forward with a request for COVID-19 funding.

Community Organized Relief Effort (CORE) requested funding from the city and DeKalb County Board of Health to perform COVID-19 testing and possibly administer the vaccines.

The city previously provided $80,000 in CARES Act money to CORE for testing in November and December 2020. Those funds expired on Dec. 15 and the city decided not to provide more money at this time.

CORE committed to funding the month of January with a demobilization date of Feb. 1 in the absence of further funding, Jonathan Golden, Georgia area manager for CORE, wrote in the request.

“This is one that’s very important,” Wheeler said.

“It’s been an ongoing issue that probably wouldn’t have gotten accomplished outside the implementation of SPLOST,” added City Manager ChaQuias Thornton.

Clarkston, GA – President Joe Biden has moved quickly with signing executive orders during his first weeks in the Oval Office. On Jan. 20, after the inauguration ceremony Biden signed 17 executive orders, memorandums and proclamations.

These actions were aimed to undo former President Donald Trump’s policies on the coronavirus pandemic, immigration, climate change, racial and LGBT equality, the economy and government accountability, according to the New York Times.

One executive order strengthened the Deferred Action for Childhood Arrivals program which protects immigrants brought to the United States as children from deportation. Trump sought for years to end DACA. The order also calls on Congress to pass legislation providing permanent status and a path to citizenship for those immigrants, the New York Times reported.

To see the details about each closure, click here.