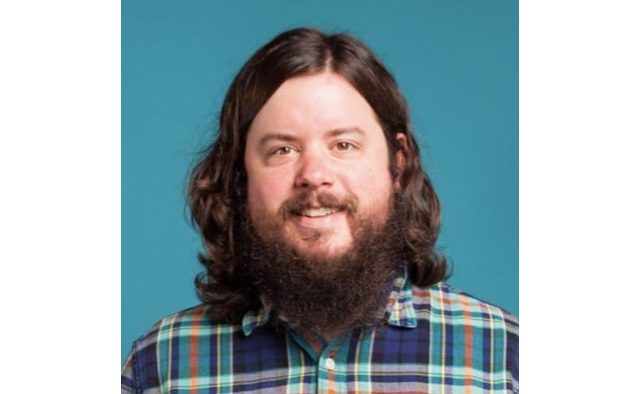 According to a press release, he’d been planning a fundraiser for a couple of months, and had been planning to launch it in April or May. But after watching Brian Kemp quickly signed into law a sweeping and unprecedented voter suppression bill on Thursday night, and subsequently watching local representative Park Cannon getting hauled off to jail and charged with multiple felonies simply for knocking on a door, he decided it was time to go ahead and launch the campaign.

With a tweet and a newsletter last Friday morning, Ray launched the “Move, Kemp” campaign. Here’s how it works:

– People Venmo $10 to @austinlouisray and include their mailing address

– Ray sends five (5) stickers to them

– He then donates the proceeds to The New Georgia Project, who uses the money to do things like “civically engage the rising electorate in Georgia,” sue the state over the bill, etc. 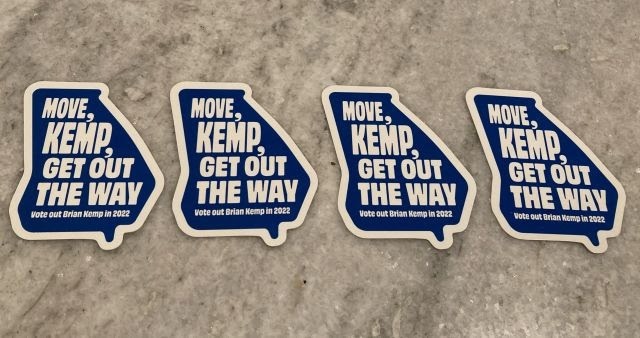 Since Friday, Ray has sold almost 1,000 stickers and has donated $2,000 to NGP. In addition to the dozens of Georgians who are currently receiving their stickers in the mail, many people from other states—including California, New Jersey, Ohio, Illinois, Massachusetts, Connecticut, Arizona, Maryland, Colorado, and more—have donated money to the cause.

“As it turns out, people all over the United States think Kemp is an embarrassment to democracy,” Ray said.

While Ray has long donated his time and money to other causes, he got the fundraising bug in the early days of the COVID pandemic, and has raised more than $25,000 for various organizations in the past year.

His friends Lizzy Johnston and Linda McNeil asked him to help them make a zine that ended up raising more than $7,000 for Giving Kitchen.

With the Diners Club Bois™—Kyle Kastranec and Mark Spence—Ray has raised more than $2,000 for Color of Change and sent stickers all over the country. For his birthday last September, Ray partnered with local businesses like Ticonderoga Club, Wrecking Bar, Halfway Crooks, Kimball House, and many more to raise more than $13,000 for Fair Fight. Finally, back in January, Ray helped get people to the polls, paying for gas, rideshares, and more, and ultimately ended up raising more than $2,000 for New Georgia Project.

“I love this state so much,” Ray said. “It’s a place I’ve called home for more than 15 years. Georgia is my world, and nothing makes me angrier than when people like Brian Kemp try to ruin this wonderful place. It can feel helpless sometimes watching people like him do their terrible work. This is one small way to put money in the hands of good folks who will change our state for good.”