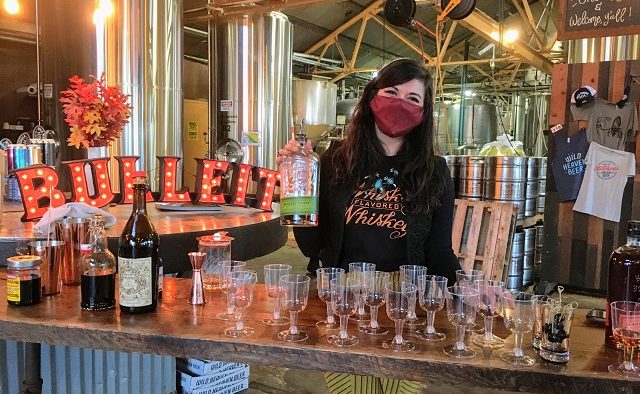 Atlanta GA – Bulleit Frontier Whiskey and Georgia craft brewing company Wild Heaven Beer announced in a press release that after a successful partnership in 2020, they will collaborate on two new barrel-aged beers in 2021.

Recently emptied Bulleit barrels, rarely available to brewers for beer aging, will again provide the backdrop for brewmaster Eric Johnson’s in-depth creations. Brewing in March for a Labor Day release is a Belgian-style Tripel that offers Wild Heaven their first chance to age beer in barrels that contained Bulleit’s heralded 10-Year Aged Bourbon. A holiday season follow-up release featuring a Belgian-style Quadrupel will age in a combination of Bulleit 95 Rye and Bourbon barrels.

“The opportunity to work with the Bulleit team in 2020 seemed like it could only be a one-time opportunity, so it thrills us to get a chance to dig deeper into how our two brands can come together to find new beverage frontiers”, said Wild Heaven President Nick Purdy.

The creative process was particularly energizing in 2020 as Wild Heaven and Bulleit collaborated for the first time. A short film was produced, and the beer naming process brought in references to the style of beer (shilling) the barrels (“95” as in Bulleit 95 Rye) and the relative locations of the two companies (Wild Heaven Beer is 437 miles south of Bulleit’s Shelbyville, TN distillery) in addition to incorporating signature Bulleit colors. Fans can look for more creative brand integration concepts in the 2021 releases.

Both new offerings will be available on shelves in Georgia and Alabama and at Wild Heaven Beer’s two Atlanta-area taproom locations in 16-ounce 4-packs.