Decatur School Board chair promises statement about allegations against superintendent

Decatur School Board chair promises statement about allegations against superintendent 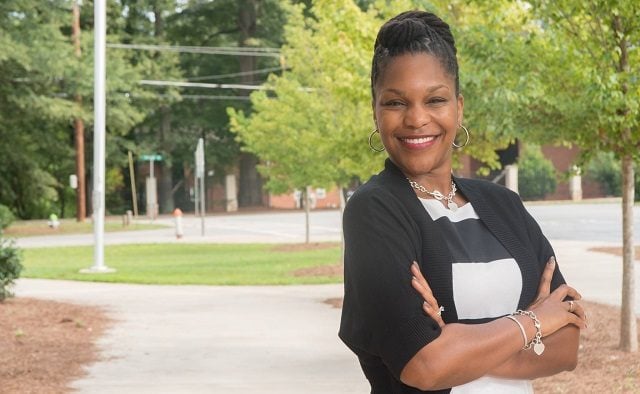 Adams asserts that he and former finance director Susan Hurst were pushed out of the district after she raised concerns about Superintendent Dr. David Dude taking more vacation days than his contract allowed. Adams and Hurst left the district in December 2019.

An investigation by Decaturish has revealed evidence to support those claims. So far, neither Dude or the School Board have responded to any questions regarding our findings. But at its regular meeting on March 9, School Board Chair Tasha White promised that the school board plans to make a statement soon.

Public records provided by the school district revealed evidence that Dude took time off without recording his absences as vacation days. Since he was hired by the district, he’s cashed out $100,000 worth of vacation days he said he hadn’t used. He’s allowed to cash out vacation days according to the terms of his contract. The payments are  in addition to his regular salary and benefits.

The lawsuits were brought up by members of the community during the public comment period at the March 9 CSD Board of Education meeting.

Decatur resident April Biagioni asked if the board felt that it was their role to oversee the superintendent.

“If not, who is he accountable to?” she asked.

Decatur resident Susan Camp also wanted to know about how the district handles open records requests. In a story published yesterday, Decaturish revealed that the school district’s responses to our records requests omitted documents that are known to exist. Additionally, Camp asked how much the district is spending on the lawsuits, and whether the district’s lawyers were representing Dude personally.

Decatur resident Hans Utz said that he recognized that the board could not comment on what was discussed in closed-door meetings, known as executive sessions, and that they were also probably being advised by legal counsel not to comment on litigation. However, Utz said, there were considerations other than the mainly fiscal one of legal liability.

“I am telling you that by not discussing this, the board faces a crisis of credibility.  Ultimately, that is far more damaging than a potential settlement.  You, as the board, need to assure us that you take these allegations seriously and that you are investigating them appropriately,” said Utz.

White, the School Board Chair, responded to the comments, saying that the board would make a public statement in the near future.

“We are very aware of the issues. We are taking it seriously,” said White.  She added that the board could not comment on active lawsuits and must let them play out in court, but that the board was working together and would make a statement in the near future to address some concerns raised. “We will have a much more detailed and robust statement soon.”

Dude didn’t make any statements about the allegations, but nodded during White’s remarks.

The School Board held an executive session before and after the March 9 meeting.