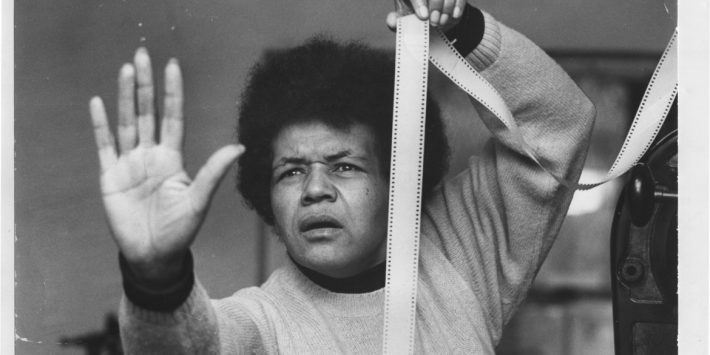 “As a department, we’re very committed to the exhibition of films, whether they’re classics or, as Evan has selected, films that never played in Atlanta,” said Bernstein. The film series runs through March 19, with open Zoom conversations after each screening in the series.

– The centerpiece of the festival is a four-film mini-retrospective of Angolan filmmaker Sarah Maldoror. She was the first woman of African descent to write and direct a feature film. Her four works shown at the festival are: “MONANGAMBÉE” (1969), “A DESSERT FOR CONSTANCE” (1980), “LÉON G. DAMAS” (1994), and “EIA POUR CÉSAIRE” (2008). 6. Sadly, Maldoror passed away from Covid-19 last year. Her daughter Annouchka de Andrade will be joining Emory Cinematheque for presentations on her mother’s works in her place. Maldoror’s films will all be screened March 10-12.