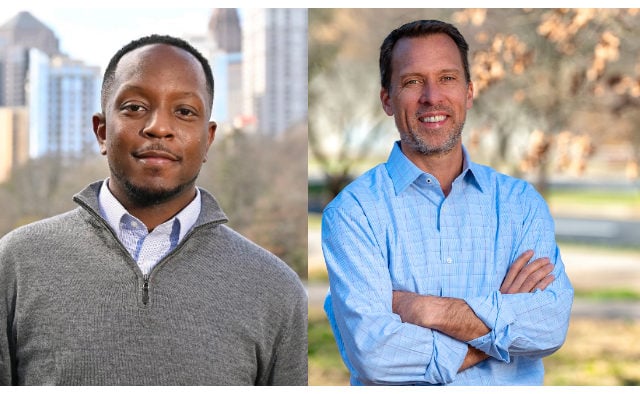 Atlanta, GA — A growing number of high-profile candidates have emerged to replace Felicia Moore as president of the Atlanta City Council.

Moore launched a run for mayor against Keisha Lance Bottoms in February, sparking the influx of candidates for the position.

English is from Atlanta and lives in the West End. He touted his record helping to lead the turnaround at APS “after the largest cheating scandal in American history,” increasing the APS graduate rate and raising teacher pay.

“I was raised by a mom who taught me to leave things better than I found them,” he told Decaturish. “I’ve always carried that spirit with me in anything I’ve done.”

English also cited his work as director of community development for an affordable housing non-profit.

His campaign is focused on education, affordable housing, income inequality and healthcare.

“All of those things are incredibly hard and all of those are areas where the city has an incredible opportunity to lean in on,” English said. “From Kirkwood to Cascade, neighborhoods all across the city are feeling left behind and unheard.”

But he said public safety is at the top of the list.

“We have to ensure we have a well-paid, well-trained and well-retained police force,” he said.

“I have a track record of addressing the biggest challenges that Atlanta faces and I’ve spent my entire career doing that work,” he added.

Shipman was the founding CEO of the National Center for Civil & Human Rights before his time at the Woodruff Arts Center. The Arkansas native lives in Old Fourth Ward. He’s worked on campaigns before, but this is his first run for public office.

“I have a deep affection for the city and I feel it’s a really unique time as we emerge from COVID and continue to grapple with issues of race and equality and I felt I had something to offer and contribute to make the city better,” he said.

He’ll address specific campaign issues in detail when he formally launches his campaign in a few weeks. Recovery from the pandemic, public safety and inequality will be a focus of his platform.

“I’ve been able to serve in a lot of different ways,” he said. “I think that variety of experiences gives me a view to how to bring a large number of people from Atlanta together to work on big things, and how to think about moving impactful projects forward.”

The council president leads meetings, cannot introduce legislation and only votes in the event of a tie.

Three candidates are vying to replace Archibong on her seat representing District 5 on the city council.

Qualifying for all municipal races takes place in August.