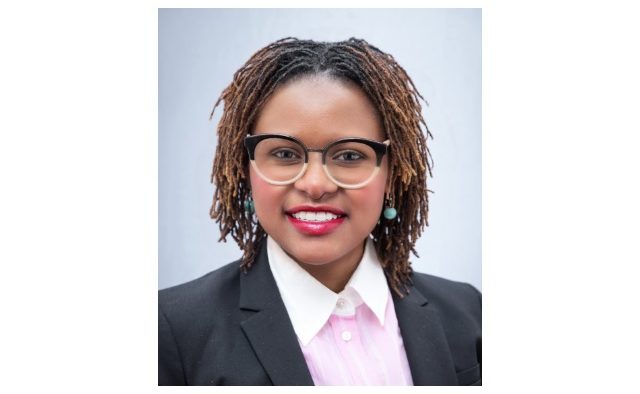 Right around 9 p.m. last night I found myself looking around at the spectacle as I waited for the inevitable release of State Rep. Park Cannon, wondering why I was the only news reporter at the Fulton County Jail.

I mean, really. Was there something else going in Georgia on a Thursday night that merited more attention than the arrest of a sitting state representative in the capitol, on felony charges, for banging on a door?!

This arrest is a big deal. There is a plain provision in the Georgia constitution prohibiting the arrest of a legislator while the session is on for anything short of treason, breach of the peace or a felony. (Breach of the peace is not actually enforceable anymore – it’s foul language.)

So, the cops had to find two felonies in the act of knocking on a door after a cop tells you to stop. Both appear ridiculous once you see the video. Obstruction of a law enforcement officer can only occur after an arrest is initiated. It’s like arresting someone for resisting arrest – what’s the other charge that necessitated an arrest? Well, that appears to be O.C.G.A. 16-11-34.1, “Preventing or disrupting General Assembly sessions or other meetings of members.”

Read the code. A first offense under the code is a misdemeanor. And yet, Cannon catches a felony charge.

One assumes the Fulton County D.A., Fani Willis, will throw these charges out like yesterday’s guacamole. But again: priorities. People are openly comparing the bill Kemp signed into law to the era of literacy tests and poll taxes. And now state police appear to be ready to violate the state constitution, to arrest Black women in office, and have no fear of being fired for doing so.

Cannon was coming from a protest of Delta at the airport. I sense her arrest may have been intended to send a message: don’t screw with business over this.

When North Carolina voted for its “bathroom bills” attacking transgender residents, the country disposed of the state for a while. It lost NCAA tournaments, concerts, conventions and more. State governments forbade travel to North Carolina by their employees. The bill wiped $400 million out of the state’s economy. It was also bad politics: it helped cost the Republican governor his job.

When similarly-toxic legislation emerged in Georgia, the business community saw the example of North Carolina and twisted arms. I saw some of that arm twisting up close while working for Central Atlanta Progress. We knew what it would cost the hotels downtown if the country decided Atlanta wasn’t interesting anymore.

So what changed? Raphael Warnock and Jon Ossoff, with Stacey Abrams in the wings holding a warhammer and a grudge, that’s what.

Republicans might cry “fraud!” about the 2020 election, but in the quiet places in their heart, they’re not that stupid. If they were, they wouldn’t have been able to win an election themselves. This math isn’t hard.

Demographic change in Georgia is driven by migration from the rest of America and immigration from Asia and Central America. A net 50,000 people move to Georgia every year. Perhaps three-quarters of them vote for Democrats. Abrams lost to Kemp by about 50,000 votes two-and-a-half years ago. By 2022, all else being equal, she can be presumed to have about a 50,000-vote advantage on whoever survives the Republican’s game of knives in the dark.

Republicans need to find 50,000 votes, or about 1.25 percent of expected turnout, to squeak out another victory. Their caucus is in disarray, which makes a strictly ideological appeal chancy. It’s easier to whittle down voters here and there, strategically.

Say, by taking over the Fulton and DeKalb County elections boards on sham charges of “malfeasance,” then closing precincts. Get the lines to vote a little longer than people would normally expect … and make it a misdemeanor to bring anyone food or water, right? They only need one out of 50 or so to fall out.

Make it impossible to hand deliver an absentee ballot to a drop box after hours, to force swing-shift workers to get in those lines or trust iffy postal service. Make it double-super-illegal to give your ballot to someone else to drop off. Put the drop boxes inside, where there are cameras, just to be sure.

Set aside that much of the law is hot garbage constitutionally, designed to bleed the ACLU of money in court. I saw Gerald Griggs, a civil rights attorney, outside the jail last night as he worked Cannon’s case. He lives in court. At this point, they have office furniture with his name on it.

The real question is whether Georgia will face a massive boycott over this stuff while it works its way through the courts. Some legislators in contestable seats might get nervous. Next session, they may try to repeal some of it to avoid having AT&T and Google baste their opponents in filthy corporate lucre.

If that boycott is coming, Cannon will fire the first shot. She’s the leader on that.

Color me unsurprised that they have her marked.