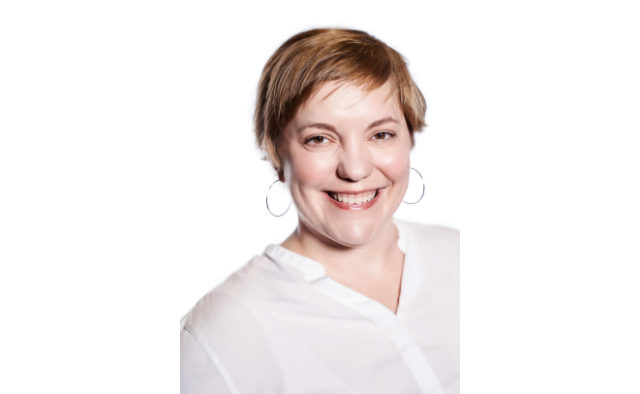 Atlanta, GA – Lara Smith, longtime Managing Director for Dad’s Garage Theatre, has officially announced that she will be stepping down from her position in late 2021, a press release announced.

“We’ve been lucky to have Lara at the helm of Dad’s Garage since 2012, and we’re grateful for the lead time she’s given us so we can find the best person for the role,” said Derin Dickerson, board chair for Dad’s Garage.

Ensuring the organization would have adequate time to locate her replacement, Lara notified the board of her decision to depart in October, 2020. The board will launch the search for a new managing director on March 8, 2021. Tim Stoltenberg will remain in his role as Interim Artistic Director, which he began after Jon Carr accepted the role as Executive Producer of The Second City. The board is confident in the decision to keep Tim in his role for the foreseeable future while prioritizing the search for a new managing director, the press release says.

“Lara is inspiring to work with, and I’m eager to spend much of 2021 with her and then help her successor step into the role,” said Interim Artistic Director Tim Stoltenberg.

In her nearly decade-long tenure as managing director, Lara has done a great deal to advance the financial standing, professionalism and national recognition of Dad’s Garage. When she stepped into the Managing Director Role in 2012, the budget for the theatre was under $1 million annually. As of 2020, the organization’s budget reached almost $2 million dollars. Dad’s Garage has grown from a small and scrappy volunteer-led theatre to a professionally run organization with multiple full-time administrative staff, proudly claiming hundreds of artists and creative professionals who make the magic happen on stage. In 2015, Dad’s received a Managing for Excellence grant from The Community Foundation for Greater Atlanta, partially in recognition of Lara’s proven leadership capability.

Lara spearheaded the “Save the Theatre” campaign of 2014, one of the many ways her legacy at Dad’s Garage will be forever entrenched. When development of Inman Park meant losing Dad’s rented theatre space, Lara quickly mobilized resources to secure temporary production space at 7 Stages Theatre, and helped raise enough money to buy a new “forever home” for Dad’s Garage. Lara helped coordinate what became the largest live theatre Kickstarter campaign, garnering $169,000 in donations. The combination of these funds, private donations, and a favorable bank loan helped purchase and renovate the space at 569 Ezzard Street in the Old Fourth Ward Neighborhood, a permanent home for the company.

Lara has participated in multiple leadership development programs, and was often one of the few (if only) representatives from the arts community at high-level business leadership series. Lara is a graduate of the LEAD Atlanta Class of 2014, as well as Arts Leaders of Metro Atlanta, and in turn has created pipelines for rising Dad’s Garage leaders to participate in these programs. This is one of the many examples of Lara creating space and uplifting others, a hallmark of her methodology.

In addition, Lara was chosen to participate in the Regional Leadership Institute, a program of the Atlanta Regional Commission. Lara received a scholarship from the Harvard Business School Club of Atlanta to attend an executive education course, Strategic Perspective in Nonprofit Management, at the Harvard Business School in July 2014. She has been president of the Old Fourth Ward Business Association and worked to engage and help the neighborhood. Lara was named one of the 40 under 40 in the Atlanta Business Chronicle in 2015. In 2020 and 2021, Lara was named among “Atlanta’s 500 Most Powerful” by Atlanta Magazine.

As for her future plans, Lara remains open. She is weighing her options to transition her career into consulting or public advocacy.

Link to the Job Description: https://www.workforgood.org/job/591309/managing-director/