Spring festivals in 2021 are sparse due to COVID-19

Spring festivals in 2021 are sparse due to COVID-19 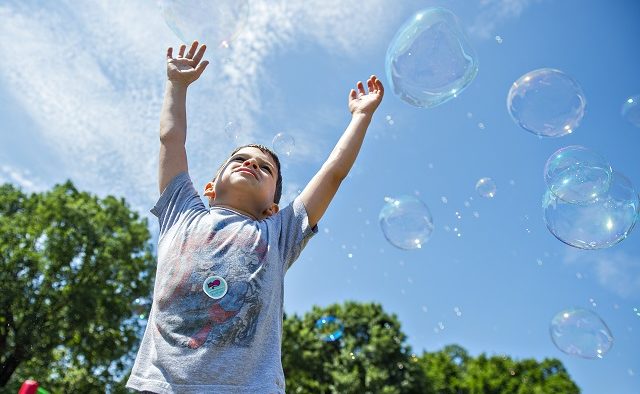 Bennett Occhialini reaches towards the sky as he tries to pop bubbles during the 2015 Kirkwood Spring Fling. Photo by Jonathan Phillips.
Share

Atlanta, GA — Temperatures are rising, trees are blooming and eyes are watering across metro Atlanta. The season is changing, but don’t dust off your picnic blanket just yet. Springtime festivals are in limbo for one more year.

According to a city of Decatur official, no permits are being issued for events this spring.

Shirley A. Baylis, downtown program manager for city of Decatur, said the city’s special events coordinator is reaching out to other cities within the perimeter to see how they’re handling events.

“The [COVID-19] numbers are going down, but we are not quite sure if they have going down enough or if having an event will spike them again,” Baylis said. “Of course, looking at Atlanta’s situation this past weekend, they don’t know what’s going to be the outcome of that. At this point, we are not sure when there will be large events or festivals.”

Baylis is referring to the NBA All-Star Game that reportedly brought a rash of crime to metro Atlanta, including a triple shooting in Brookhaven on March 6. The City of Atlanta also saw a spike in violent crime, as U.S. Senator Jon Ossoff noted at the end of February.

If an event is on private property in city of Decatur, said Baylis, Gov. Brian Kemp’s executive order must be followed. The current restrictions are viable through March 15, and allow gatherings of up to 50 people maintaining a six-foot distance.

Block parties are managed by Decatur Police Department because they erect a barricade to block traffic to the area. Finally, events held in city parks are managed by Active Living Department in city of Decatur. The department could not immediately be reached for comment.

The city of Atlanta is following suit by not permitting special events. Innovative residents in Candler Park (DeKalb County) and Inman Park (Fulton County) have worked around restrictions by holding alternate, outdoor events.

An artist in Candler Park, Brittany Schwartzwald, joined with other neighborhood artists to host Yardy Art sale. A small gathering of artists, including photographers, painters and jewelry makers, lined up on a wide boulevard, Iverson Street, one Saturday in November. A few streets over in December, Lake Claire Walking Festival took the place of the annual holiday arts and crafts fair held at Frazer Center.

Inman Park Festival, traditionally held the last weekend of April, is planning a slimmed down version of the usual weekend blowout with a walking tour of gardens, porch music, art sales and food trucks.

According to Katy Stedina, Inman Park Festival committee members, limited ticket sales are only applicable to specific days. “No parties, no booths, no alcohol, and we’re not closing streets, so we don’t need a permit,” she said.

Kirkwood Spring Fling, Oakhurst Jazz Nights and Sweetwater 420 are all canceled. In other areas, events are still pending. Tucker Chili Cookoff, held every March, was the first of many events canceled in 2021, which included Taste of Tucker and Tucker Day.

Tucker Day may be canceled again, according to organizer Honey Van De Kreke. She told InTucker Magazine, “We’re really taking this day-to-day. I can’t tell you how I would hate to postpone from May as we did last year. We are all shaking our heads and trying to make the best decision. I wish there was another way to do Tucker Day other than face-to-face, but that’s the whole point.”