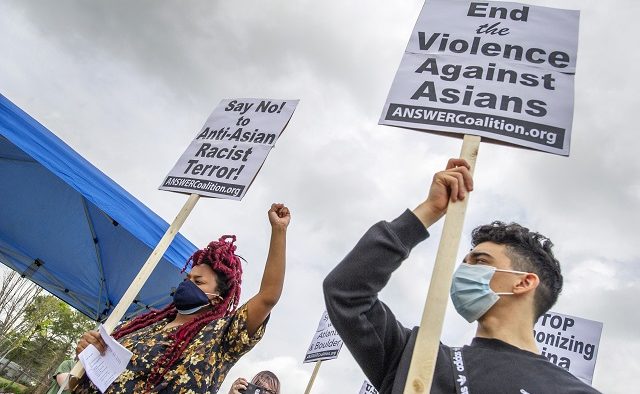 On Saturday, March 27, 2021, in Chamblee, demonstrators take part in ANSWER Coalition’s National Day of Action demanding an end to anti-Asian violence and China bashing. Similar actions took place simultaneously in over 60 cities across the country. Photo by Dean Hesse.
Share

Here’s a look at news from the Tucker Observer, a new website from Decaturish.com providing locally sourced news about Tucker, Clarkston and Stone Mountain. 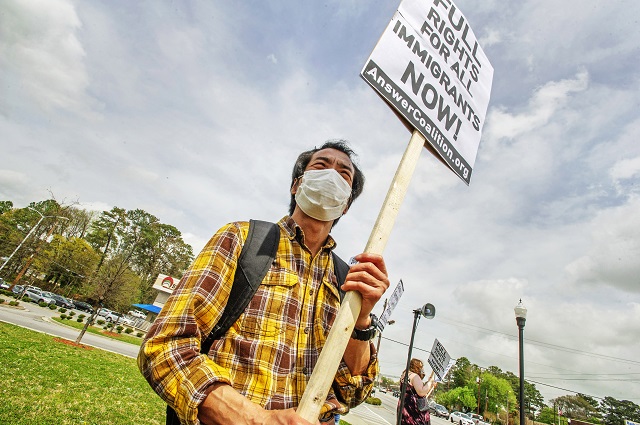 Hongbin Wang holds a protest sign on Buford Highway in front of the City Farmer’s Market in Chamblee during ANSWER Coalition’s National Day of Action on Saturday, March 27, 2021, demanding an end to anti-Asian violence and China bashing. Photo by Dean Hesse. 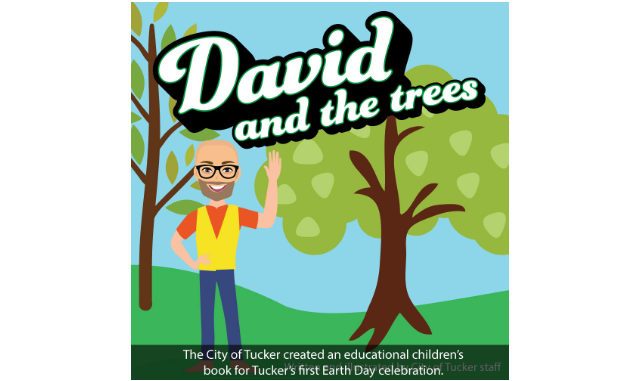 A cover of “David and the Trees.” Photo obtained via the city of Tucker

It will occur at sites throughout the city, will have educational components and there will be giveaways. There will also be an opportunity for paper shredding. It’s being held in partnership with many of the park’s volunteer groups, according to a press release.

“Earth Day has always been special to Tucker and to its park groups,” Tucker Parks Operations Manager Jason Collins, said in the press release. Collins is organizing the event. “This year, we’re excited to take it up a notch and really engage the community in learning about our environment and how best to protect it for future generations.” 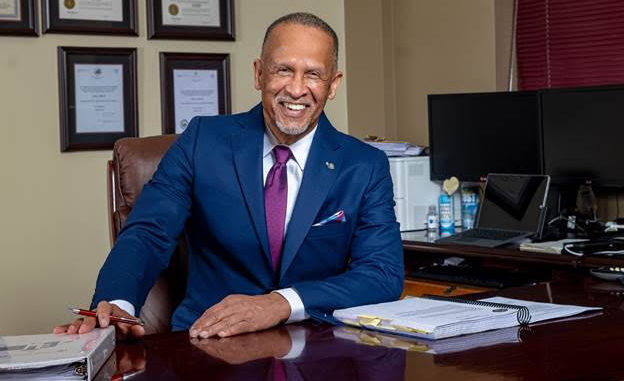 Individuals applying for the first time must own and occupy the home as their primary residence as of Jan. 1, 2021, have all vehicles registered in DeKalb County, and not have a homestead exemption anywhere else. Homeowners do not need to apply more than once for a basic exemption. 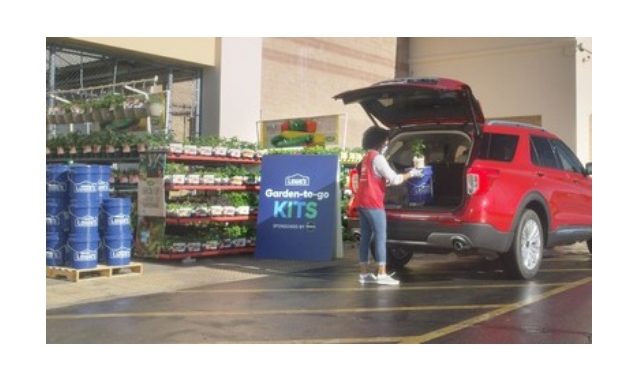 Atlanta, GA — Backyard sanctuaries popped up throughout the pandemic, dotted with fire pits, string lights and above ground pools. And with major travel plans still on hold, spring and summer garden plans are all the rage.

Here to lend a hand in spring gardening, Lowe’s is giving away a different gardening kit each week in April at locations across Atlanta. SpringFest is helping novice gardeners with a confidence boost.

According the website, Lowe’s will provide online and in-store demos from lawn care maintenance to paint instruction. COVID-19 protocols will be followed.

The school district says its systems weren’t compromised. The breach occurred at vendor the district no longer uses.

“The DeKalb County School District (DCSD) was notified that some parents received a Notice of Data Breach letter from a company called PCS Revenue Control Systems, Inc.,” the notice to parents says. “This letter states that their child’s name, student identification number and date of birth were potentially exposed to unauthorized access during a data breach in December 2019. Credit monitoring services were offered as a result. The letter also explained that there was no evidence that information was accessed or used for malicious purposes. Notice is being provided at an abundance of caution.” 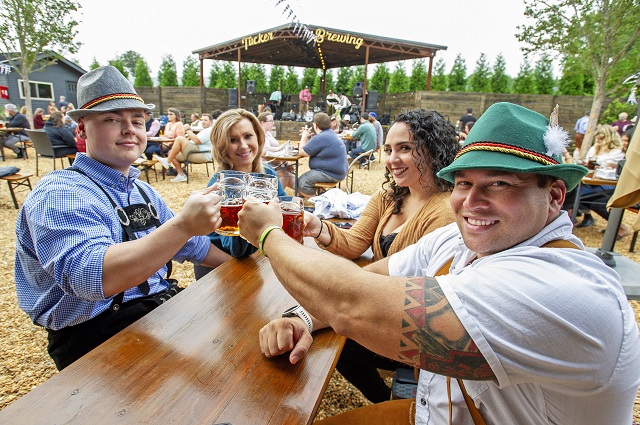 David Rose and his wife Melissa on left and Travis Herink and his wife Karen share a table in the beer garden during Tucktoberfest 2020 at Tucker Brewing Company on September 19. Photo by Dean Hesse.

USA Today organized and sponsored the contest. Top prize went to The Raleigh Beer Garden  in Raleigh, N.C. The winners were chosen after four weeks of public voting. 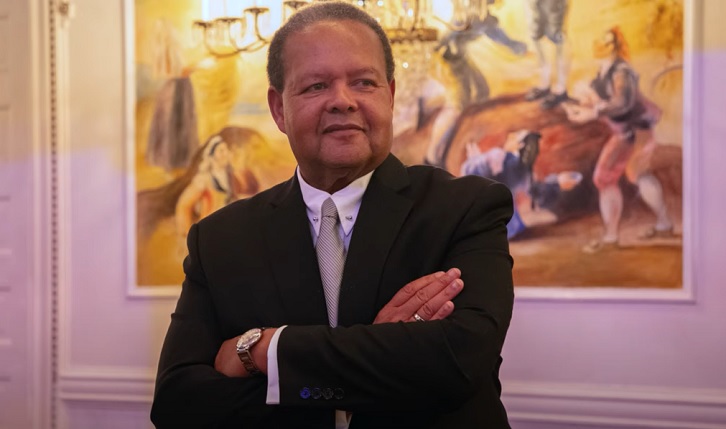 Stone Mountain, GA — DeKalb County Schools has agreed to pay a $750,000 settlement to Rudy Crew, a candidate for superintendent who didn’t get the job, according to The Champion newspaper.

Crew was expected to land the job as DeKalb County’s next superintendent, but at the last minute the School Board declined to approve his contract following public scrutiny of his controversies in other school districts.