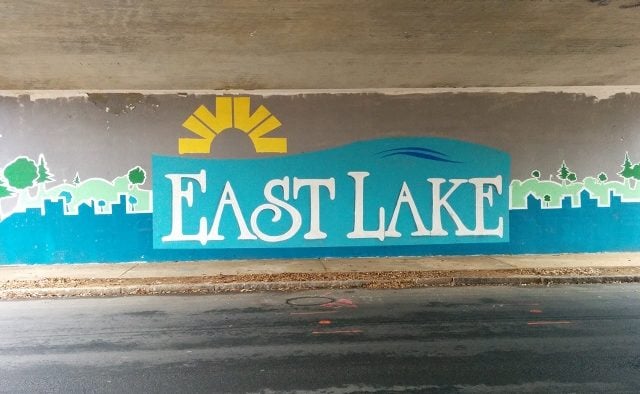 The East Lake Neighbors Community Association unanimously approved the business’s liquor license application at its monthly meeting on Monday. Neighborhood Planning Unit O will need to approve the application next at its meeting later this month before final approval with the city of Atlanta.

Hippin’ Hops new spot will be located at 2380 Hosea Williams Drive across the street from Poor Hendrix.

“We’re looking forward to being part of the neighborhood,” owner Donnica Boston said at the ELNCA meeting.

Donnica and her husband Clarence Boston are opening Hippin’ Hops Brewery & Oyster Bar on Glenwood Avenue in East Atlanta Village later this month once the city of Atlanta approves its liquor license. Then they hope to open the East Lake location by June.

“I don’t know because it all depends on how quickly the paperwork and permits and everything go through,” Donnica said.

The East Lake location is larger than the East Atlanta one, according to Clarence.

“We’ll definitely have a lot more to offer than our East Atlanta Village location,” he said. “In East Lake we want to focus a little more on the food.”

The Bostons aren’t stopping at two Hippin’ Hops locations either.

“At [the East Lake] location, we want to focus on cheesesteaks, then open up another Hippin’ Hops down the road, which would be Hippin’ Hops Brew & Burger, and then we want to do a taco place,” Clarence said.

The East Lake location will brew beer and distill vodka, gin, whiskey and bourbon, plus moonshine in the winter. The East Lake permitting process should go faster than the East Atlanta one, according to Clarence.

“The good thing about this location is it’s a permitted use and everyone seems to be excited about it,” he said.

The East Lake location of Hippin’ Hops will have a rough inspection on April 20.

In other news from Monday’s ELNCA meeting, the Atlanta Police Department will increase patrols around East Lake Park during the evenings. The park has been getting busier since the weather warmed up, according to residents.

“For the most part it’s fine until it gets past 5 o’clock,” said ELNCA member Rick Baldwin. “I wouldn’t say it’s bad at all except when the street racers started circling the park. I think it’s one or two people that circle the park. They’re making a statement by circling the park and then they go.”

APD is trying to stay on top of it, according to Lt. J. Carroll.

“I know it gets out of hand, especially on the weekend,” he said. “I’m putting extra people over there.”

The East Lake Patrol has also increased its presence in the area, according to ELNCA Treasurer Vijay Makar. The ELP hires off-duty Atlanta police officers to patrol the neighborhood.

“We’re also looking at doing another fundraiser in the form of a neighborhood yard sale,” Makar said. “We’re going to discuss that and start organizing that for late spring so we can get the funds we need to continue to patrol the park, which is now under our jurisdiction as well.”

East View Cemetery will host a plant sale on Saturday from 10 a.m. to 3 p.m., according to ELNCA President Tim Monroe.

And ELNCA will host Wind Down Wednesday events featuring live acoustic music on May 12 and May 26 from 6 to 8 p.m. at East Lake Park.

“It’s easy for people to socially distance,” Walker said. “We’ll be outside with some live music and people can bring blankets.”