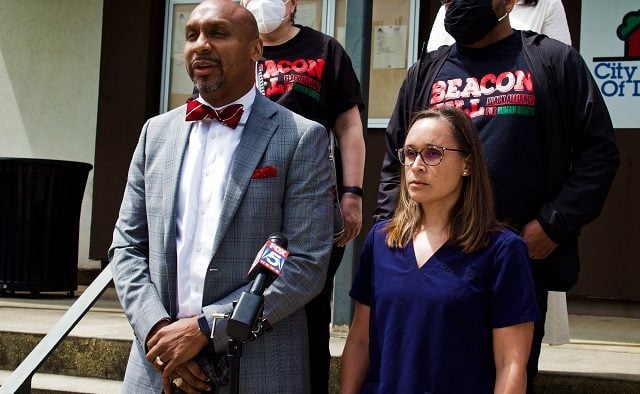 Beacon Hill Black Alliance for Human Rights Co-chair Mawuli Davis and City Schools of Decatur Black Parent Alliance Chair Carmen Sulton brought their groups together for a press conference outside the district’s central office on Friday, April 16, to call for more transparency from the school district in the wake of Superintendent David Dude being placed on administrative leave amid an investigation. Photo by Zoe Seiler.
Share

The groups and their supporters held a press conference held outside district’s central office on Friday afternoon.

The organizations came together in the wake of the decision from the Decatur School Board to put Superintendent Dude on paid administrative leave pending the results of an investigation into his use of vacation days.

Following last night’s School Board meeting, board Chair Tasha White said, “Upon consideration, it is the opinion of this Board that while the investigation is ongoing, it is in the best interest of everyone involved that the superintendent be put on administrative leave. We have advised Dr. Dude of the situation and have named Dr. Maggie Fehrman as the interim superintendent.” 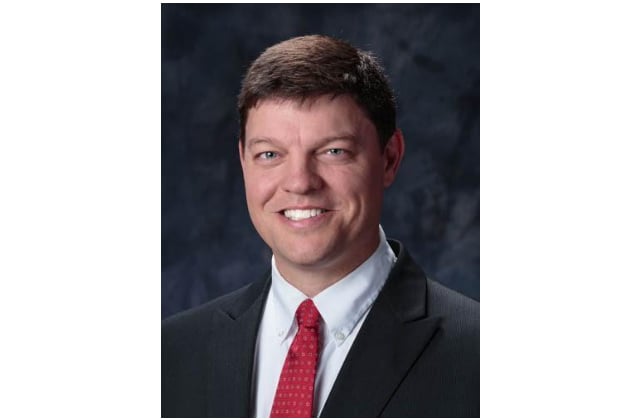 Mawuli Davis is married to School Board member Jana Johnson-Davis.

“We don’t want to have to stand out here in the city that we love and have to air our differences,” Davis said. “But we have been left with no choice, when we’ve gone to the people who have been elected and said to them that we need you all to look at this because there are people, Black women, who are afraid for the way they’re being handled that they may lose their job if they come out and tell the truth. That’s a problem.”

The situation also would have been handled differently if Dude wasn’t a white man, Davis said.

“So we just want to be crystal clear about that, that the kind of grace that he’s received is not what we would expect to receive if he were an African-American man or woman,” Davis said.

Davis and CSD Black Parent Alliance Chair Carmen Sulton also called out the School Board’s delay in putting Dude on leave, saying it should not have taken the school board months to do so. 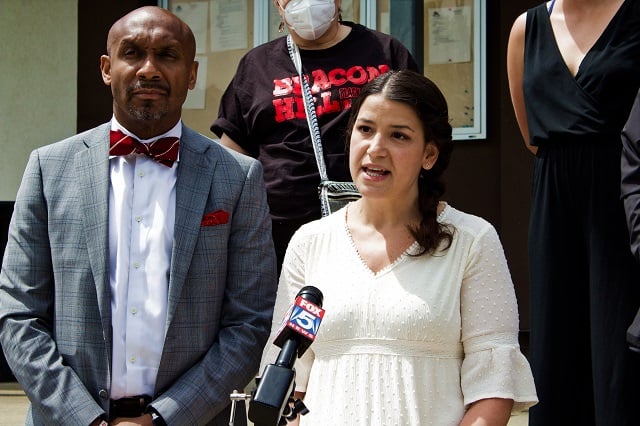 Beacon Hill Black Alliance for Human Rights member Susan Camp joined other members of the organization as well as the City Schools of Decatur Black Parent Alliance and others to demand that the results of the investigation into Superintendent David Dude be made available to the public. Photo by Zoe Seiler.

Decaturish.com broke news in January when David Adams, the district’s former human resources director, alleged in a lawsuit that Dude pushed him and former finance Director Susan Hurst out of the district after they raised questions about his time away from the office.

Decaturish has uncovered evidence to support the claims that Dude was frequently absent without recording those absences as vacation days.

“We understand that the board voted to place Dr. Dude on administrative leave last night and we support the decision but the delay in doing so and the lack of communication to Decatur communities continues to be unacceptable,” Decatur resident April Biagioni said in a joint statement for the Anti-racist Coalition of Decatur, Georgia Indivisible 4 and Georgia for a Safe Reopening.

“It is common practice for other CSD employees to be suspended while an embedded investigation is conducted. The superintendent should not have been afforded any special exemptions or privileges,” Biagioni added.

Beacon Hill member Susan Camp has started a petition calling for Dude to be placed on administrative leave while the school board investigates the allegations. The petition has garnered about 200 signatures. A similar petition drew more than 200 signatures. 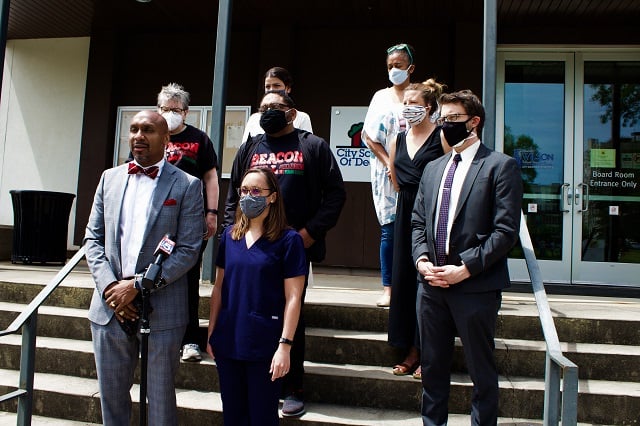 The Beacon Hill Black Alliance for Human Rights, the City Schools of Decatur Black Parent Alliance and allies held a press conference outside the district’s central office on Friday, April 16, to call for more transparency from the school district in the wake of Superintendent David Dude being placed on administrative leave. Photo by Zoe Seiler.

She went on to say that the community trusted the school board to find a superintendent that would continue to build the district’s legacy and reputation, but instead Dude’s tenure has led to five lawsuits against City Schools of Decatur.

“We all need to remember this moment in November so we can elect school board members who will govern with integrity, accountability and transparency,” Camp said. “It is what our children and our community deserve.”

Decaturish.com and Fox 5 were among the only local media at this event. Here’s the story from Fox 5.

Dan Whisenhunt contributed to this story.