42West: 42 West Entertainment Group, owned by Decatur resident Lauren Pelissier and former Atlanta Hawks player Kevin Willis, is set to open in May and will be a high-end event space with a focus on giving back to the community. The rendering of the space shows one of the many events the space could be used for. Photo submitted by Mitch Leff.
Share

Decatur, GA  — The film and entertainment industry is making a comeback in Decatur as the city is being used as a filming location and a Decatur resident collaborates on a new event space. 42 West Entertainment Group is set to begin operating in May as a high-end event space, but with a slight twist.

Decatur resident Lauren Pelissier and former Atlanta Hawks player Kevin Willis are teaming up to open the entertainment group, but are also focusing on giving back to their community. 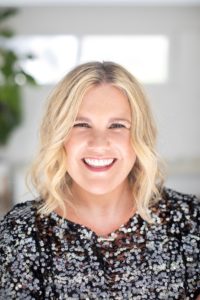 Decatur resident Lauren Pelissier has worked in the event industry for about 20 years and is looking to segue from planning events to owning an event space. She is teaming up with former Atlanta Hawks player Kevin Willis to open 42 West Entertainment Group in Atlanta in May. Photo submitted by Mitch Leff. 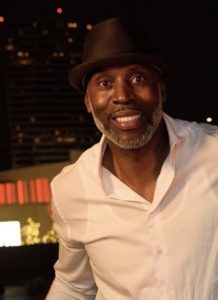 The two crossed paths while working with the same commercial real estate agent. Pelissier was looking for an event location and Willis was looking for a space to use as a retail space for his clothing line.

The real estate agent found a warehouse that was too big for Pelissier and Willis individually, so he introduced them to each other to see if Pelissier wanted to sublet the space from Willis.

“In doing that Kevin and I instantly had a great rapport and because we both come from a philanthropic-minded way of operating our lives, it all kind of fell into place very quickly,” Pelissier said. “There were a lot of obviously spoken conversations but our unspoken goals are the same. So we decided to join forces instead of me just being a subletter of his space, it very quickly morphed into us partnering and doing this center together.”

Willis added that the venture was a no-brainer for him as it provided an opportunity for him to have an impact on the community.

“When we put this partnership together, again, it was a perfect fit and I think giving back to the community, creating business opportunities for ourselves, building relationships, that’s what it’s all about and that’s what we’re doing,” Willis said.

Making money is not always the goal, Willis said, adding that it’s about giving back and being able to impact young people. Willis runs a nonprofit, Atlanta Children’s Foundation, that works with foster kids, so the organization will be able to use the space to give the kids a platform where they can express themselves in front of hundreds of people.

“[The audience] can sit back and listen to our youth communicate what they feel, what they need and what they look to the future and go from there,” Willis said. “Money is never the problem to make. It’s just about doing the right thing and at the end of the day the money will come.”

Both have a philanthropic background so it was important for the business partners to structure the pricing of the venue in a way that attracts high-end clients and also provides opportunities to give back to people or nonprofits that don’t have the opportunity to use such a venue or don’t have the funds to do so.

Pelissier has worked in the event industry for about 20 years and has seen the large amount of money that goes into events. The thought was that since there are people who will spend money on an event and who want to do so, Pelissier and Willis could create a space that caters to those clients while having a good mixture of giving back, Pelissier said.

“We’ve positioned ourselves where it has a high dollar rent number, so that we can, again, leave space for nonprofits to use the money at either no cost or at a very, very reduced cost,” Pelissier said. “That is not a model of any event space that I can think of.”

42 West also requires that each event has a certain dollar amount built into the invoice that will go to a charity of the clients’ choice or they can choose from a list of charities provided by 42 West, Pelissier added.

“The model for this venue is to put a high dollar price on it for rentals and to create a situation where we’re not booked every single day of the month with mid to low end type events but we’re booked with high end events which leaves us multiple days in a month to give back the venue to people who don’t either have the opportunity to use a venue like that or don’t have the funds,” Pelissier said.

The space will be open to every event like red carpet events, premiers, filming locations, photo shoots, corporate events and weddings. 42 West won’t be hosting events so everything will be contracted and the events will be private.

“We are an inclusive venue so all are welcome,” Pelissier said. “The only thing that we may steer clear of is probably from political stuff just because our vibe is very inclusive and neutral and everyone is welcome. We don’t want to do events that will offend one way or another.”

42 West Entertainment Group is set to open in May and will be located at 1088 Huff Road NW in Atlanta. Pelissier is looking forward to the model she and Willis have set up for their business.

“I’m looking forward to being successful in an industry that I’m very, very passionate about and creating this successful model where at the day we are giving back,” Pelissier said. “I think that’s the most exciting thing for me, nothing will make me happier than seeing a group in this space that doesn’t have to put their funds towards renting venues, and it’s gonna bring me an incredible amount of joy to say to a nonprofit, yes, you can use our space. There’s no rental fee.”

Willis is looking forward to making the space one of the hottest spots in Atlanta.

“We’re getting known for doing such an amazing job from the philanthropic side of it, the business side of it,” Willis said. “People feel good about the investment, feel good about being part of what we’ve created here, and expanding into three other areas of the city and then kind of go from there.”

The pair hope to expand and open 42 North, 42 South and 42 East so the company will cover all areas of greater Atlanta.

Pelisser said she moved from Los Angeles to Decatur because of the film industry. She has noticed some pushback in the Decatur area about filming in the city as there’s chatter about filming on the neighborhood Facebook pages, she said.

“I think this is a really good example of what happens when the film business does come to a state like this,” Pelissier said. “It has a ripple effect that is very valuable. At the end of the day Decatur and its nonprofit organizations are going to benefit from this space opening.”