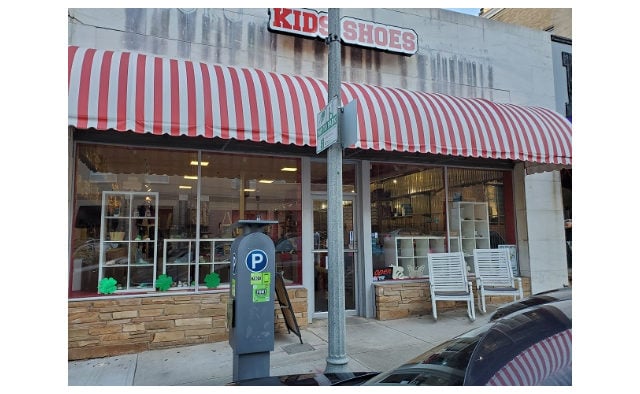 One Step at a Time Kids in downtown Decatur. Photo provided to Decaturish
Share

Decatur, GA — A local children’s shoe store owner’s dispute with the city of Decatur over her eviction has escalated, resulting in her tasing and arrest by city of Decatur Police.

One Step at a Time Kids Owner Kimberly Schoon was evicted in April and on Monday, May 24, was accused of trespassing inside the store at 115 Clairemont Avenue. She was arrested when she allegedly refused to leave.

She’s now facing a felony charge as a result of the incident.

Schoon was locked out of her store by her landlords, the Decatur Downtown Development Authority. The two parties were locked in a dispute about rent owed to the DDA. The DDA offered to forgive $40,000 in back rent if Schoon walked away from her lease. She was also given the option of paying the $40,000 by April 1.

Schoon, who moved her business to the space and opened in February 2020, previously said it had been a tough year due to the pandemic, but she felt confident she was on the cusp of a rebound. But it wouldn’t happen quickly enough for her to raise the $40,000 needed to satisfy the DDA’s request.

Schoon opted to continue fighting and was evicted by the DDA. While she was locked out of the store she took to sending emails to her mailing list, accusing the city of “defrauding the taxpayers” with her eviction.

“All attempts at payment plans were rejected,” Schoon wrote. “Consequently, the DDA changed the locks on April 16, 2021, barring [One Step at a Time] KIDS from the store, and shuttering the business.”

On May 24, at 9:17 a.m., Schoon allegedly entered the store and refused to leave, according to Police Department spokesperson Sgt. John Bender.

It’s not clear who called the police on Schoon, but when officers arrived they met with Angela Threadgill, Decatur’s director of planning and economic development. Threadgill told officers she wanted Schoon escorted off the property and given a criminal trespass warning.

“The investigation into the incident revealed an adult female, who was the previous owner of the business, was trespassing on the property,” Bender said. “The female entered the business through a rear door and informed officers she would not leave the location. When officers attempted to remove her from the business, the female resisted their efforts.”

Schoon is accused of struggling with the officers. During that struggle, the officers used a taser “in an attempt to gain compliance” according to Bender.

“At that point, the female grabbed the TASER while the officer was holding it, causing the device to discharge a second time,” Bender said. “After a brief struggle with the officers, the female was arrested without further incident.”

Attempting to remove a weapon from a police officer is a felony.