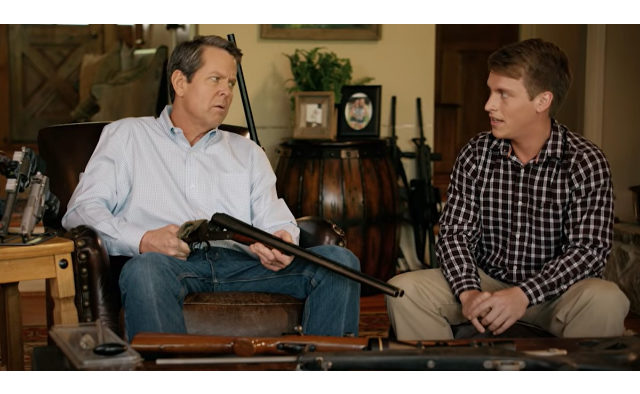 Georgia Governor Brian Kemp sent a letter to the Georgia State Board of Education demanding that it bar the teaching of critical race theory in schools. Kemp called the theory “divisive and anti-American.” Because of course he would.

Surely, there’s no way that banning an idea from an American classroom could backfire. Once told to ignore an idea, students always do as instructed. Even better: they should label it as dangerous, with a sticker calling it “a theory and not a fact.” Nothing could work better to dissuade students from believing it, bolstering the world’s confidence in the intellectual rigor of Georgia’s classrooms, right?

This is performative stupidity. Republicans expect their leaders to do dumb things like this, as a job qualification. It’s stock standard politics today.

But Kemp also called it partisan, which is more interesting to me.

Fighting against racism shouldn’t be a partisan problem. If politics were sane today, given the demographic changes coming to America, political leaders would be in a bidding war for antiracist credentials. Instead, Kemp is arguing that being anti-racist is also anti-Republican. He’s saying the quiet part out loud.

Republicans seem intent on mangling the definition of critical race theory, and I almost sympathize with them here: a proper definition is convoluted, tied up in legal philosophy about how laws are made and enforced. I’m going to shorthand it too, which will inevitably start an argument, some of which might not actually be disingenuous manufactured outrage.

My understanding of critical race theory is that it presupposes that racism is, in fact, a real thing that affects people in America – mostly Black people – and that to understand how things work today, one should understand how racism shaped those things.

To believe that racism is real comes with some obligation to reverse it. Thus, white conservative racists want to insist that racism is not a problem that demands attention … anywhere. Ever. That’s harder when your kids are having examples pointed out to them in history class.

Republicans do not have a strategy to win future elections that does not depend on appeals to white racial resentment, which at this point speaks to their commitment to a bad idea. Rather than try to adjust their message and shape their policy preferences to a changing electorate, they’ve instead decided that they just need more white kids to graduate from high school with racial biases intact, to delay the inevitable just a bit longer.

Roughly half of white people without a college degree – and 30 percent of those with one – have a high degree of racial resentment, as measured in research surveys conducted by my friend Alan Abramowitz, a professor at Emory University.

Since Kemp seems to be fixated on how schools address racism in their curriculum, I offer a homework assignment for him, and for you.

It’s a simple enough question, but it cuts to the chase. I can think of none offhand. I know no question with more predictive power that can tell me if Republican politicians will support a policy.

That question, by the way, is something that an understanding of critical race theory reveals, which is exactly why Republicans want to ban it.