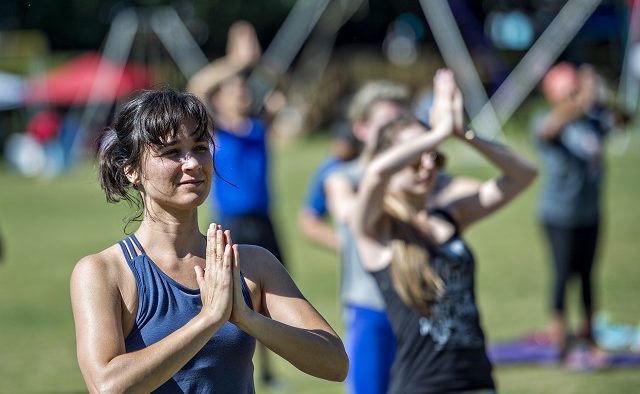 Atlanta, GA — The Kirkwood Neighbors’ Organization at its May 10 meeting approved the Spring Fling budget.

Spring Fling will be held on July 31 this year and will be a smaller event than in years past. Spring Fling is not expecting revenue from the barbecue competition, beer sales, the children’s area or the tour of homes. There will still be a 5K run, but it will be smaller than previous years.

“All of those are going to be left out this year in an effort to keep the festival smaller, reduce the footprint, and to have it be more COVID safe,” said Andrew Feury, Spring Fling chair. “Other things that we’ve done is we’re going to cap the runners at 600.”

There will still be artist booths and the neighborhood is expecting to see slightly less food trucks this year.

The estimated revenue for Spring Fling is about $54,000 and the costs are expected to come in at about $38,000. Revenue will come from sponsorships, the 5k race and merch sales. Feury doesn’t expect the neighborhood will need to deviate from this budget.

In other business, KNO approved a motion to strongly encourage the city of Atlanta Department of Parks as well as the city to work to preserve and restore the urban treehouse at Bessie Branham Park.

KNO Environmental Committee Chair Earl Williamson presented the motion and explained that the urban treehouse was constructed in about 1995 and has had very little maintenance over the years. It is structurally sound and has some insect damage, Williamson said.

“Typically with parks if you can get some people on board demonstrating support for something, parks will more likely participate in a more proactive manner,” Williamson said.

The environmental committee plans to go to the city and the parks department to ask for more funding. Williamson said they may not get the full amount needed to preserve and restore the urban treehouse but is hopeful the parks department may provide some funding as they enter into their budget planning cycle.

Williamson has not received a formal estimated cost. He received an informal estimate from someone who builds commercial structures of about the same square footage of the urban treehouse. That estimate is about $250,000.

The environmental committee is also working on salvaging and rebuilding the pedestrian bridge at the Kirkwood Urban Forest Preserve which was funded and installed by the KNO. At the May 10 meeting, the KNO also approved the budget in the first of two votes.

The pedestrian bridge to access the Kirkwood Urban Forest was built in 2016-2017 by Kirkwood Neighbors Organization (KNO) in partnership with Stryant Construction. It was funded through the neighborhood as well as a matching grant from Park Pride. The project took several years to plan, finance and build. The bridge was badly burned last month.

KNO President Katie Kissel said she was concerned about the budget request and how much the neighborhood has in reserves given the smaller Spring Fling this year.

“What we’re saying is that right now this bridge is a safety hazard and that we are afraid,” Kissel said.

Sugarman added that two beams of the bridge are gone and the third beam is charred.

“It’s being basically held together by inertia and some boards that aren’t designed to hold it together,” Sugarman said.

The neighborhood plans to ask the city of Atlanta Department of Parks for funding for the bridge.

“Because they didn’t build it to begin with, it’s unlikely they’ll do a full ride on it, but I think because of another parks issue that they may be more willing to throw money in,” Williamson said.