Atlanta, GA — Young basketball players will soon have an opportunity to join a new league that offers a pathway to becoming professional athletes. Overtime Elite has selected Atlanta as its home after a year-long search and plans to being operating in September.

“If we could construct a city that would be the perfect home for Overtime Elite, it would look just like Atlanta,” said Overtime Elite Commissioner and President Aaron Ryan in a press release. “The city’s storied basketball history, diverse population, vibrant business community and rich culture make Atlanta a special place. OTE is looking forward to being an active contributor to the community.”

Overtime, a sports media company launched Overtime Elite in March and will start with 30 players in the fall. The league will exclusively feature high-school-level athletes ages 16 to 18 and will allow them to earn a minimum salary of $100,000 per year. Players have the opportunity to bypass traditional high school and collegiate levels while building their brand before being eligible for the NBA, according to CNBC.

The players will also receive bonuses and shares of equity in the league. Players will additionally participate in revenue from use of their name, image and likeness, such as through sales of custom jerseys, trading cards and video games, a press release from Overtime says.

The new 103,000-square-foot facility will be located in the city’s Atlantic Station neighborhood and planning is underway for the development. Overtime Elite’s players will train, study and compete at this facility. To maximize efficient and reduce waste, the structure will be constructed using recycled and reused components as well as an energy-efficient HVAC system and green-compliant LED lighting and outer covering.

Overtime Elite is committed to building an inclusive, diverse and equitable workforce. The organization has a focus on hiring among communities of color and employing people who live in Atlanta. The league is recruiting and hiring a staff of about 100 people in the city, including basketball staff, educators, food service, residential staff and additional support staff.

The league has begun establishing its senior leadership team. Brandon Williams is the head of basketball operations and Kali Franklin will serve as the head of talent and recruiting, according to the press release.

“This exciting announcement underscores that Atlanta is still a great place to do business. Overtime Elite will bring several well-paying jobs to our city, generate millions of dollars in economic impact and expand mentorship and programming opportunities for our young people,” said Atlanta Mayor Keisha Lance Bottoms said in the release. “We are pleased that Overtime Elite has chosen Atlanta to be its permanent home, and we look forward to welcoming the next generation of basketball stars to our city.” 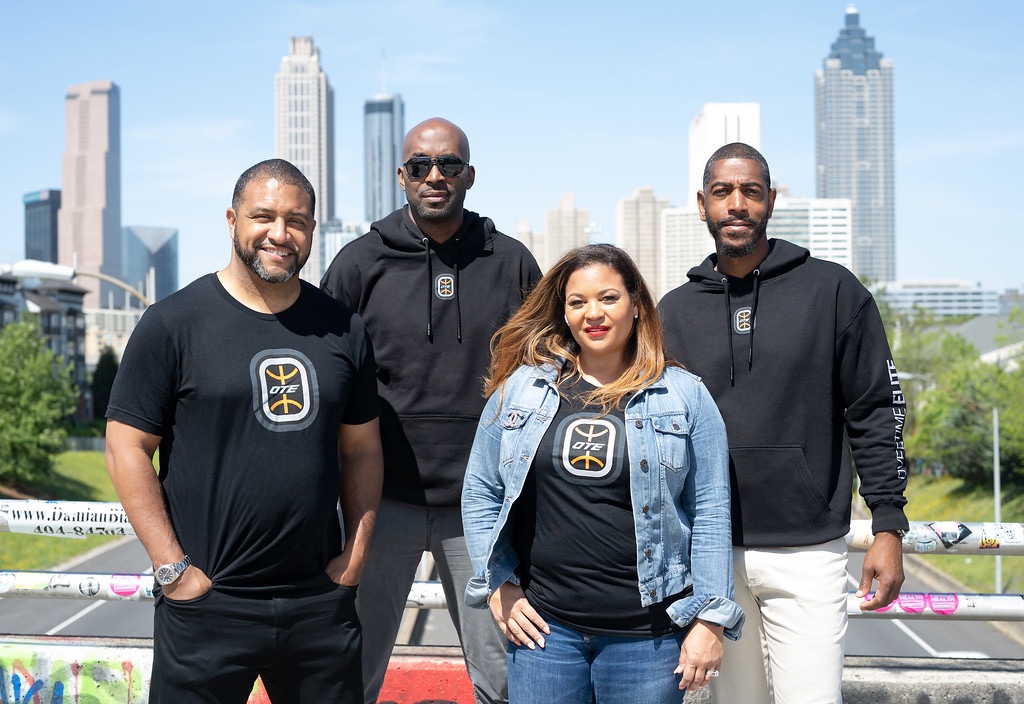 The league’s leadership has personal and professional relationships with the city’s NBA team, the Atlanta Hawks, with a deep respect for the team’s history in the city and the impact they have had in the community. Overtime Elite has also been inspired by the city’s WNBA team, Atlanta Dream, and their impact over the past year using their voices to increase voter participation in the 2020 election. The team was previously owned by former U.S. Senator Kelly Loeffler.

“Overtime Elite is a welcome addition to Atlanta’s rich sports tradition, elevating the city as a global center for basketball development and a cultural hub for people of all backgrounds,” said Atlanta Hawks player and Overtime investor Trae Young.

Players will also take part in an accredited academic program that is tailored to their individual needs and has an emphasis on developing the life skills needed to manage and sustain a successful professional sports career. Overtime Elite will offer one-on-one instruction and small group sessions. The league plans to supplement traditional course offerings with courses to that teach skills like financial literacy, media training and social justice advocacy. The courses aim to help the athletes better prepare for the pressures that come with stardom and the opportunities that come with being a role model.

“Overtime Elite is a project that will bring long-time benefits to the city of Atlanta, not only economically, but it will teach our young people about empowerment and competing from a position of strength,” said Michael Render, aka Killer Mike, Atlanta-based rapper, entrepreneur, songwriter, actor, and activist.