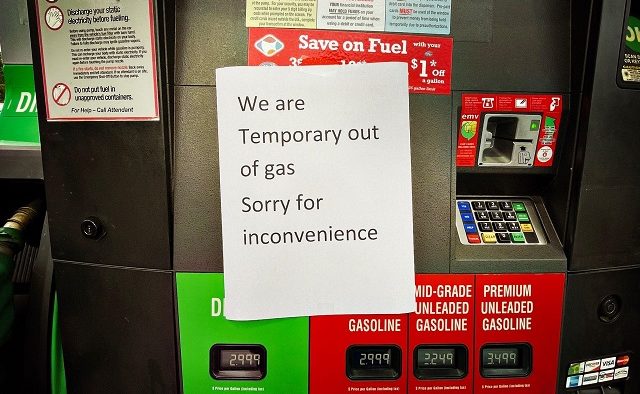 A sign on a fuel pump at the big Kroger on North Decatur Road. Photo by Dean Hesse
Share

Decatur, GA — If you’re looking for gas today, you’ll be hard-pressed to find it in DeKalb County.

Drivers panicked after a cyberattack on Colonial Pipeline, which caused a disruption in gas delivery to the Southeast on Monday. The pipeline is capable of carrying 3 million barrels of gas per day from Texas to New York.

Although many people are still working from home, drivers are nervous about the availability of gas. Valero gas station on W. Howard in Decatur is completely out of fuel, and does not know when the station will receive more.

“A delivery was supposed to come this morning,” said a Valero clerk. “But it did not come. We don’t know when it will come. Hopefully today.”

Kirkwood Valero posted Tuesday on social media the station was out of gas. By today, the station said they have gas, but the fuel line is under construction. A service technician arrived at 9 a.m. to repair it, but a clerk could not confirm when the pumps would be up and running. 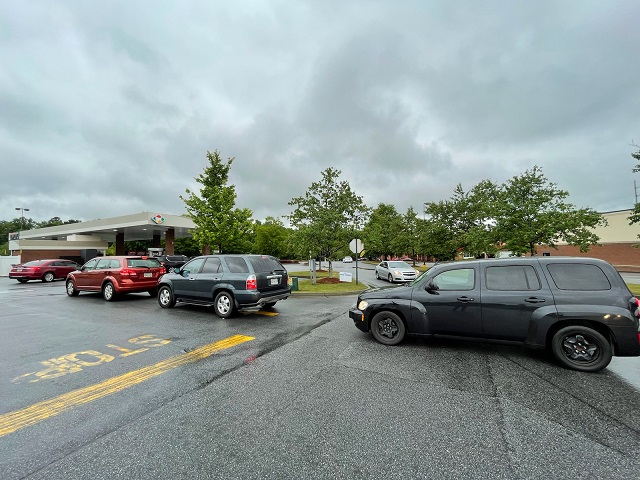 A line of cars waits to fill up at the gas station next to the big Kroger on North Decatur Road. Photo by Dean Hesse

“Unfortunately, extensive media coverage has caused people to panic which has resulted in higher gas prices. We are taking action to relieve some of the cost burden from Georgians as Colonial recovers by suspending fuel taxes, increasing the weight limit for supply trucks, and prohibiting price gouging,” said Kemp, who expects Colonial to be fully functional later this week.

Kemp said there is no need to hoard gas, and one local expert agrees.

“Reduction in tax on gas doesn’t decrease people’s panic buying,” said Tom Smith, finance professor at Goizueta Business School. “What would decrease panic buying is for Gov. Kemp to remind consumers that gas is still flowing and coming to the market.”

Smith added that establishing a historical baseline would help lessen the panic consumers feel. For example, the disruption in gasoline supply due to Hurricane Harvey in Texas in 2017.

According to GasBuddy.com, DeKalb County gas stations are very low on options, but the website is updated on an hourly basis. The app, built to inform consumers of what types of gas are available in an area, crashed Tuesday evening. A Twitter post by GasBuddy stated the company’s engineering team is working to resolve a server issue caused by the high volume of users.