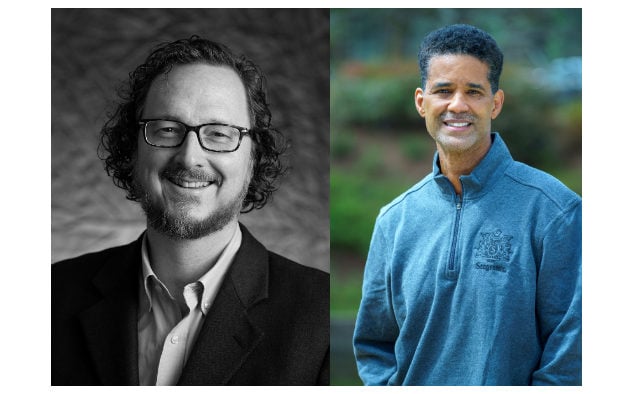 Bacote is the former chairman and CEO of the Fulton Atlanta Land Bank Authority and former chairman of Project Community Connections. He’s the current chairman of the Atlanta Association for Convalescent Aged Persons, treasurer of the Development Authority of Fulton County, vice president of the Glenwood Park Community Association and the chief administrative officer of the national Sigma Pi Phi Fraternity.

Bacote points to that record as one of the reasons he entered the District 5 race.

“With all the things I’ve done with the experience and the knowledge base I think it’s an opportunity for the district to benefit from my experience,” he told Decaturish. “It’s stepping up and being more impactful in a significant way.”

Bacote would focus on economic development in the district if elected, but he said it needs to be done in a balanced way.

“I like the fact of more housing and more people in District 5, I don’t want to slow that down,” he said. “A lot of people say it changes the character of the area. We want to protect the unique identity that is District 5. We need the right kind of growth.”

Bacote also wants to tackle criminal justice reform, saying that a permanent Atlanta Police chief needs to be named and trust needs to be restored in the community. Bacote cited the DeKalb County Police shooting and killing Matthew Zadok Williams in his home earlier this month.

“Why are police involved at that point?” he said. “You need some mental health people involved there.”

Bacote said the city needs to find ways to limit the use of police.

“I think we need to get police out of issuing traffic tickets and you do that through cameras — speeding cameras, red light cameras,” he said. “Those are the situations where things turn the wrong way — traffic stops. So let’s find ways to decrease the traffic stops.”

“If the interactions go down, the violent encounters will go down,” he added.

The state passed a law in 2018 that allowed speed-detection cameras in school zones only, with local governments getting a cut of the ticket revenue.

Williams on “making sure the city works for your constituents”

Doug Williams wants to put his experience as a community organizer to work for the people of District 5.

“It’s coming down to making sure the city works for the people of District 5, having someone on the inside of the city who you can count on is absolutely essential,” he said. “My experience as a community organizer has taught me that there’s a lot of ins and outs of working with the city, the county and the state to try to create community improvement.”

Williams wants to develop a strong working relationship with local police departments to address crime in the city.

“Working with them, you can target and try to focus the efforts on where more of the crime has been,” he said.

In 2005, Williams started working with the heads of other neighborhood groups to help make Memorial Drive more pedestrian friendly. He wants to spearhead conversations with neighbors to launch similar projects in District 5 as its city councilmember.

“The councilperson role is being the central linchpin to bring those pieces together,” he said. “You listen to a lot of folks who sound like they’re running for mayor, but as a councilperson you really don’t run anything but your office.”

“Your central role is making sure the city works for your constituents. And you share knowledge with the different groups on best practices and getting people to come together with this common vision, and for me that’s the most exciting part of all of this,” he added.

Meet-and-greets with the District 5 election candidates have been taking place on Saturday nights at 6 p.m. at the home of Paul and Lisa Cox at 2821 Alston Drive. Mahoney’s event has already taken place and Kissel’s event was rescheduled to May 22. Bacote’s will take place May 1, Bakhtiari’s on May 8 and Williams’ on May 15.

Qualifying for the District 5 race takes place in August. The election is in November.