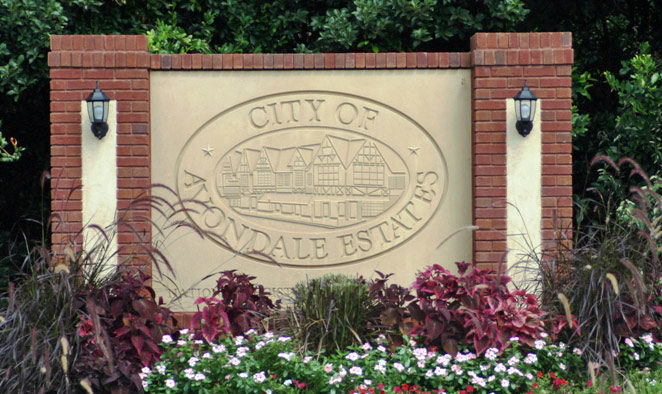 Avondale Estates, GA — The Avondale Estates City Commission will hold a public hearing on the zoning code rewrite and zoning map on Wednesday, June 23, at 5:30 p.m. The board will also hold the first reading of the ordinance during its regular meeting.

Ahead of the hearing, commissioners have shared their thoughts on the zoning code, particularly regarding the planned unit development portion of the code.

The planned unit development is not a new concept to the zoning code and has been part of the code for about five years, City Manager Patrick Bryant said.

“The specific PUD provision in the zoning re-write draft, like the entire document, is new in its specifics,” Bryant said.

The PUD is a zoning classification and any developer interested in rezoning a piece of property as a PUD would go through the standard rezoning process, Bryant said.

“The minimum threshold for a PUD is two (2) acres or larger lot and a minimum mix of at least two uses,” Bryant said. “The PUD classification requires an applicant to draft a completely new and unique zoning code that is tailor-made for the subject property, tied to a plan, and consistent with the city’s vision and long-range plans.”

Since the PUD is a rezoning tool, a legislative decision is recommending by city staff, the Planning, Zoning, Architectural Review Board and is ultimately decided by the City Commission.

“For approval, the applicant is required to demonstrate how they meet the criteria required of a rezoning application,” Bryant said. “A zoning application is reviewed and voted on before construction drawings are submitted and approved.”

The application requirements for a PUD zoning request are more significant than those of a standard zoning application, Bryant added. The applicant is required to outline all the proposed standards they will meet if the rezoning is approved.

In addition to the minimum standards, such as maximum height, allowable uses and maximum lot coverage, PUD districts must also submit a series of plans, elevations, streetscape and hardscape manual and other design documents that fully articulate the proposed development, Bryant said.

The PUD would also have to comply with the city’s adopted street grid and is required to integrate more sustainability and resilience measures that the standard re-zoning application.

“The purpose of a PUD is to provide the flexibility to consider projects that meet the long-range vision of the city but might not fit well within an existing zoning classification,” Bryant said.

A PUD would be affect the residential area only if a builder were able to acquire and consolidate two acres of property, meet all the thresholds and get a vote of approval from the City Commission.

“A more likely example of where a PUD might be considered is on one of the properties now zoned as Institutional and used as a church. If the church were to sell the property to a developer, what would the zoning be and is there an existing code that makes sense? If not, a PUD would be an appropriate tool,” Bryant said.

The city could also consider a rezoning application that selected a different zoning classification, such as CBD-1. It would then likely result in many additional variance requests and condition. In that case, the PUD is a better tool, he added.

Commissioner Lionel Laratte recently raised some concerns about the PUD in a Facebook post. He wrote that the PUD was created as a tool to bring development into areas that were underdeveloped by allowing and encouraging the creation of “self-contained” communities.

Today, the PUD is used for the same purpose and it promotes large scale development that usually incorporates both private and public spaces, Laratte said.

“A good local example of what a PUD can accomplish is the newish development on Craigie Avenue up the street from the Museum School,” Laratte said. “It is a nice development with a common area that includes a pool. The homes have small yards but that is typical.”

Laratte raised concerns about the PUD potentially being allowed in residential areas zoned R-12 and R-24. Laratte looked into the PUD because he has had residents express concerns in person and through email, he said.

“From my point of view, allowing this to remain in the code encourages (and the literature says “invites”) developers to come in and create neighborhoods within the neighborhood,” Laratte wrote.

He added that no one has given him a convincing reason as to why the PUD makes sense for the city.

“Some say that the proposed code stipulates that this can only happen if a developer accumulates 2 acres of contiguous property in those districts. They say this is unlikely,” Laratte said. “I believe the possibility of an entity or person accumulating 2 contiguous acres is possible, especially as we have an aging population and trends are toward the rental market being very lucrative.”

Another reason Laratte has heard is that someone may propose something so spectacular that the city would want to approve it. Also, that the likelihood of PUDs happening is slim as projects requesting this zoning would need approval from the City Commission.

“Be that as it may, we are all aware that we live in a litigious society and that lawsuits a effective at getting things to happen (or not happen) while financially draining one side or the other,” he wrote. “I do not feel comfortable exposing the city to a lawsuit claiming we had no good reason to deny a PUD. We do not have deep pockets for litigation.”

Laratte’s post received several comments that were also not in favor of the PUD.

Commissioner Lisa Shortell also offered her thoughts on the PUD in the residential area in a Facebook post. She addressed some concerns and questions she has seen circulating recently.

Shortell said that PUDs will not be allowed in the residential district now as new planned developments with standards other than R-12 and R-24 have to be approved by the City Commission.

The PUD also does not mean that developers could now ask for zoning changes they might want when they could not previously.

“Any property owner anywhere in the city has the legal right to approach the city to change zoning,” Shortell said. “This is the situation currently and will not change under a new zoning code or because PUD language is added.”

She also outlined the approval process as Bryant stated.

“The new zoning code contains a long list of review and approval criteria for both the PZB and the BOMC when considering any change to zoning,” Shortell said. “Any board should take a change of zoning request very seriously and carefully weigh the considerations. The considerations include adjacent property values and aesthetics.”