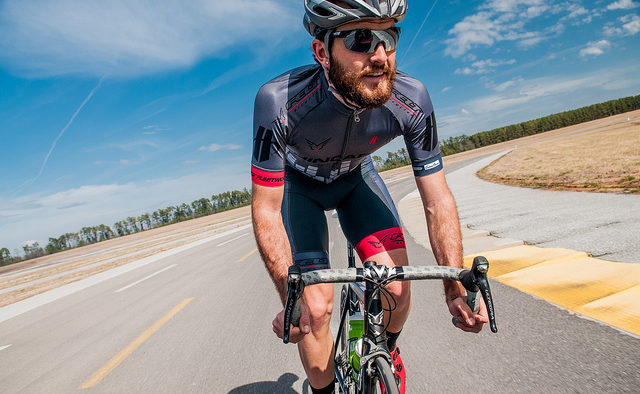 Rosskopf is a graduate of Decatur High School He has raced professionally since 2010 and has participated in four Grand Tour events over the last few years. He competed in the Tour de France in 2019. He was also the United States Time Trial national champion, winning the race in 2017 and 2018.

“It’s amazing,” Rosskopf told Rally Cycling. “I didn’t expect it. We always had numbers up there and the way we raced it was only a matter of time before one of us got off the front. When I went, they hesitated, and that’s all it takes, especially when you have the team to support you.”

Rosskopf and his teammates, Kyle Murphy and Gavin Mannion, proved to have strength in numbers during the 118.5-mile race. In about the final four miles of the race, it was cat and mouse but the Rally Cycling team of three had about a 40 second advantage on the other riders. At that point, it was clear the winner would come from this group, according to Velo News.

At about two miles to go, Rally had two riders in the bunch as Olympian Lawson Craddock got in the mix. Murphy marked the other riders, while Rosskopf made is final attack.

The last half mile was all Rosskopf through the winding and punchy final few turns, Velo News reported.

“We divided the team into the first and second half of the race. Just to give an opportunity to a few guys to try to float as much as possible, you know, without taking themselves out of the race. But just save, conserve, conserve, conserve until the second half,” Rosskopf told Velo News. “It worked amazingly, and so it’s hard to win this because if you don’t have the numbers, all the strongest guys are just staring at each other.”

Murphy placed third and Mannion place seventh in the race.