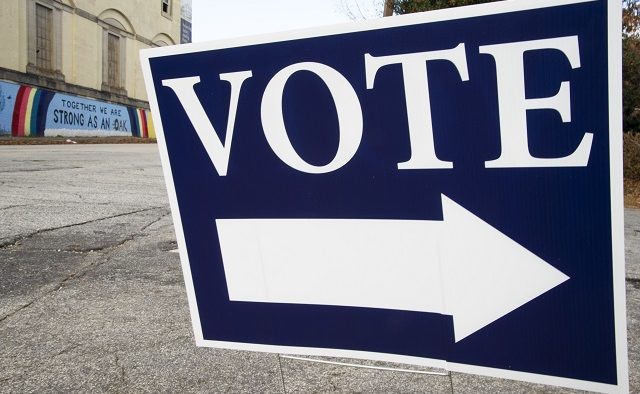 DeKalb County, GA — DeKalb County Elections Board members said their goodbyes on June 10, the final meeting of the two-year term. Board member Dele Lowman Smith said the election cycle felt simultaneously like the blink of an eye and a century.

Vice chair Baoky Vu, who was censured in April by the DeKalb County Republican Party, responded that “time flies when it seems like democracy is under assault.” Vu called the end of his tenure bittersweet, and credited Tucker Mayor Frank Auman and former DeKalb County GOP chair Lane Flynn for his role in the party.

Board members recognized volunteers and staff, listing accomplishments such as access to early voting, an increased number of ballot boxes and improved poll worker training. Three agenda items were deferred to July, when new board members will be installed.

Eighteen candidates applied for the position of board chair, currently held by Sam Tillman, according to the office of DeKalb Superior Court Chief Judge Asha Jackson who is expected to approve board members by June 30.

Marci McCarthy, DeKalb County GOP chair, said Maner was her most important appointment during her term. She told Decaturish:

“Voting is our most sacred right as Americans. It is time that we restore FITness – Faith, Integrity and Trust in our elections. With the guidance of the DeKalb GOP Board of Elections Nominations Committee, I have reappointed Anthony Lewis and appointed Paul Maner as our DeKalb Board of Registration and Elections representatives for a two-year term commencing July 1, 2021 and concluding on June 30, 2023. Anthony and Paul share our values, have strong voices and will represent the DeKalb GOP. They will also strive to enforce the Election Integrity Act of 2021.”

DeKalb County Commissioner Ted Terry joined the meeting to discuss reinstatement of the DeKalb County Board of Elections working group to ensure funding of elections and operations.

“The Board of Commissioners is the appropriator. We have to vote to spend money and appropriate money, and the charter is very clear, you know. The Board of Commissioners can amend the budget at any time during the year,” said Terry, calling new elections laws an emergency. “Would it be possible that we might find ourselves needing additional support, additional aid in a situation we can’t predict?”

But Lewis, who has been vocal about lack of funding for the DeKalb County Registration and Elections department, said budgeting is not in the resolution to reinstate the working group.

“We’re one of the largest counties in the state with the smallest department, and the lowest paid staff. I don’t want to have to go through another elections period where we have staff having to work 17-hour days for months at a time,” Lewis said.

Lowman Smith, who has repeatedly asked for the Elections Board budget without success, asked to table the working group discussion to the next regular meeting. The board unanimously agreed.

– The board unanimously voted to defer a discussion on resuming in-person meetings until a new board is installed.

– A letter will go out next week to notify seniors and disabled voters of absentee ballot changes caused by SB2020.

The next regular board meeting is July 8.

Correction: An earlier version of this story incorrectly stated the make up of the Board of Elections. This story has been updated with the correct information.