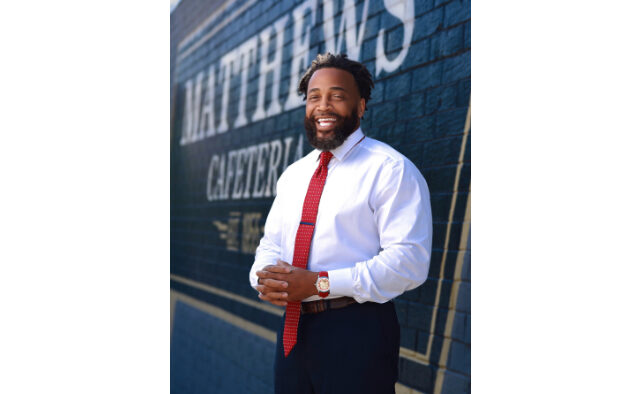 Tucker, GA  — Shawn Woods describes himself as a Teamster, real estate investor, owner of one of the biggest minority vendors in Georgia, app developer, only minority-run fuel distributor in Georgia for the film industry and studio director of West End Productions Parks. The 46-year-old has lived in Tucker for three years with his wife and two children, both students at Tucker High School. Woods is running for District 1, Post 2 of Tucker City Council.

In early elementary school, Woods moved from Louisville, Kentucky to Cascade neighborhood during a dark time – the Atlanta Child Murders were haunting the city.

“I remember it vividly,” said Woods, whose mother is still scarred by the murders. “Everywhere we went we had to be in groups of four or five.”

Woods, who said he wasn’t old enough to grasp the severity of Atlanta Child Murders, returned to Kentucky. He came back to Atlanta in 1988, graduating from Clarkston High School. He attended Georgia State University, transferred to Georgia Southern University and was hired out of college by a real estate broker.

Woods decided to run for Tucker City Council because he wants to inspire young minorities the way he was inspired by local politicians. As a young Black man growing up in Atlanta in the 1990s he gravitated toward politicians, not sports figures. He watched former DeKalb County Commissioner Hosea Williams and former Atlanta Mayor Bill Campbell on The Alley Pat Show.

“I was 14, and I would stay up all night to watch these old guys go back and forth. Those were always the people I admired,” he said.

He’d like to see positive engagement with the DeKalb County Police Department through bike patrols and neighborhood watch committees. Woods said he wants to see neighbors helping each other proactively, not reactively calling police.

Woods said, “Being a person of color, I personally would feel more at ease if I was a younger person if I was seeing police officers biking through my community. You shouldn’t only see the police when something bad is going on, you know?”

To increase economic development in the industrial areas of Tucker, Woods wants to bring in film production and equipment companies. Already, several film companies call the area home including Eagle Rock Studios Atlanta in Stone Mountain, OFS movie studio campus off Jimmy Carter Boulevard and I-85 and Third Rail Studios in Doraville. Cofer Bros. is one of the biggest lumber suppliers in the film industry, said Woods.

“I would love to be able to bring in more film vendors and access some of this empty warehousing. In the film industry everything we do is predicated on time and money,” he said, including the location of the city. “The beauty about Tucker is you have about 10 ways to get to Tucker.”

“I don’t think anything I’m talking about is a high-dollar line item,” he said. “Seeing the police in our community when there’s not a problem goes a long way.”

About his run for City Council, Woods said change happens on a local level. He wants young people of color to channel their energy into the development of Tucker.

The election is Nov. 2. Candidates in the race for mayor and City Council are: