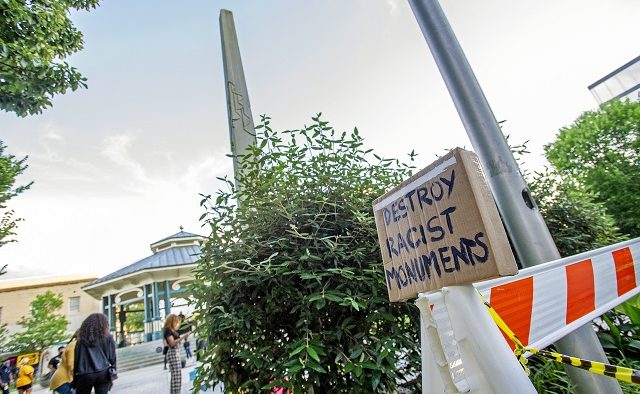 Atlanta, GA — The Georgia Board of Education approved a resolution on Thursday, June 3, by an 11-2 vote, that supports a ban on teaching students about racism.

The resolution starts off by saying, “all public educational systems of the State of Georgia operate on the principle that all teachers, administrators, other employees, and students in the respective education system are, and are to be treated as, individuals endowed with equal inalienable rights, without respect to race or sex.”

“Whereas, concepts that impute fault, blame, a tendency to oppress others, or the need to feel guilt or anguish to persons solely because of their race or sex violate the premises of individual rights, equal opportunity, and individual merit underpinning our constitutional republic, and therefore have no place in training for teachers, administrators, or other employees of the public educational system of the State of Georgia,” the resolution goes on to say.

It also states that “for the same reasons, such concepts should not be inculcated in students of the public educational system of the State of Georgia.”

The full resolution can be found on the Department of Education website.

Board of Education Chair Scott Sweeney said at the beginning of the discussion that this vote was not a vote on a board rule.

The state Board of Education has the adoption and approval authority over standards.

“There is nothing before us today that is involved in the adoption or rejection of any standards,” Sweeney said.

The board wants to encourage schools to teach the facts and also make sure that, down the road, nothing that is divisive in nature becomes part of the education system’s standards.

The resolution seemed to be targeting “critical race theory” and it was in response to a letter sent by Gov. Brian Kemp, Decaturish previously reported.

But Sweeney said that the resolution is not directly going after critical race theory.

Kemp and State School Superintendent Richard Woods, in a press release following the decision, applauded members of the State Board of Education for voting to express their opposition to teaching Critical Race Theory in Georgia’s K-12 classrooms.

“I applaud the members of the State Board of Education for making it clear this dangerous, anti-American ideology has no place in Georgia classrooms,” Kemp said. “With their vote today, state school board members have ensured education in the Peach State will reflect the freedom, equality, and God-given potential of each individual.”

“Today, the State Board of Education took action regarding Critical Race Theory in Georgia’s public schools,” Woods added. “My commitment is to continue uniting communities, families, and educators as we ensure that every child, from every zip code, will receive a great education and have the ability to access and gain opportunities to accomplish anything.”

Board member Helen Rice, who played a role in drafting the resolution, added that the resolution is a great start. It is trying to be fair to all, while recognizing differences and encouraging others to treat people how they would like to be treated.

“If the intent is to allow us to give our students multiple perspectives and multiple facts, then I absolutely agree with that,” Pendley said. “However, in some of the wording it seems like teachers will be censored from talking about current events in the classroom and that we’ll be censored from speaking different perspectives.”

Pendley worries that not being able to discuss current events could be damaging to students.

“We simply cannot disregard the lived experiences of our students and our teachers,” Pendley said. “And I want us to trust teachers. This resolution feels like we’re saying we don’t trust our educators to do the right thing and to teach patriotism and I don’t think that’s true.”

The resolution does not prohibit teachers from teaching certain topics as it’s not a rule, Sweeney said. But the resolution sets the foundation for any future rules that the board could consider.

Board member Kenneth Mason, who opposed the measure, advocated for more discussion on the topic before the board made a statement that is creating a “zero-sum game that if you believe and have experienced racism in your life then you should and will be silenced,” he said.

“My disappointment with this resolution is not only didn’t we discuss it but the impact that it will have on achievement, on motivation,” Mason said. “The statement, when I read it, made me feel like I didn’t belong because it excused the existence of racism in my life, in my two children’s life…and the millions of families that it affects.”

“I don’t think anybody intended on making people feel like they’re condemning teachers,” Rice said. “I thought it was to help teachers and students understand that there’s certain things that are not in our standards. I don’t think we’re there to teach indoctrination or anything. I think our teachers teach with facts. That’s what we’re saying, let’s teach the content with facts.”

Board member Lisa Kinnemore, who also helped draft the resolution, added that she doesn’t want to see children being stifled and not able to think critically about complex issues.

“There have been times where history was taught but it wasn’t fully taught. There are myriad sides to different historical issues that are going on in this country,” Kinnemore said. “But also slavery not just something that happened with the people who were white to people who were Black. Black people were actually slaves to Black people and it goes all the way back even to ancient times.”

She also doesn’t want to see minority students being taught they they are and always will be second tier students or that they will always be victims.

“Victimization happens but no one should be under the cloud of thinking that victimization is what they have to look forward to,” Kinnemore said. “It stifles the teacher from being able to teach across an entire myriad of issues from positive to negative issues. It also stifles the child thinking that they will not be able to learn or aspire.”