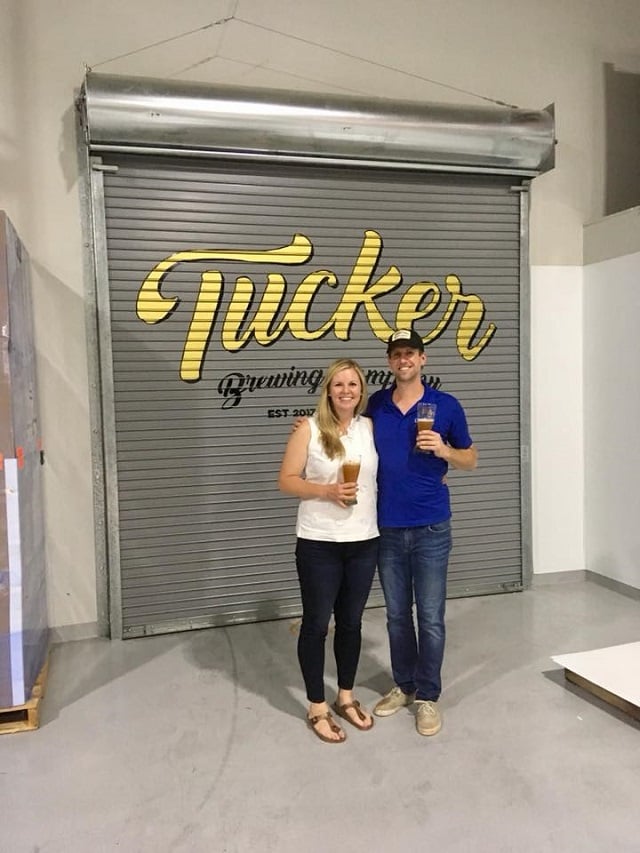 Tucker, GA — Ten former employees describe an award-winning brewery in Tucker as a hostile workplace, with problems ranging from bullying to misclassification of employees.

The employees spoke to Decaturish in a series of interviews, although some asked not to be named in this story out of fear of retribution from the brewery’s owners or others in the industry. Through a public relations firm, Tucker Brewing Company declined to be interviewed by Decaturish after receiving questions detailing the results of our investigation. The company is owned by siblings Ashley Chapman Hubbard and Ryan Chapman.

Hubbard and Chapman made a lengthy post on its Instagram page acknowledging missteps and pledging to be a better company moving forward.

The former employees said they felt intimidated, belittled and gaslit while working at Tucker Brewing Company.

The Chapman family is “very well off, and none of us felt financially capable of taking them on or being able to afford legal representation” said one employee who was advised by the Georgia Department of Labor to contact the police.

“I was very scared to involve the police. Ashley [Hubbard] is a very conniving, proud and vindictive person. It would not surprise me if she took someone to court simply to financially ruin them,” the former employee said.

Allegations against Tucker Brewing Company come amid a wave of similar criticisms in the craft brewing industry nationwide. A series of social media posts have exposed sexual harassment, discrimination and unfair practices in the industry. An outpouring of experiences led to a firestorm on Instagram accounts, @ratmagnet and @emboldenactadvance.

While some brewery CEOs resigned, other reacted by issuing an apology. Tucker Brewing Company followed suit, acknowledging complaints about workplace culture and blaming quick growth for their missteps.

Chef Nicole Fey unexpectedly quit on June 1, publicly denouncing her employer. A post on her personal Instagram account states: “In regards to the allegations of worker misclassification, bullying, and harassment by ownership I can sadly report that these are true and persist to this day. I have personally been bullied, belittled, and gaslit throughout my tenure and the stories surfacing today show that I am not the only person that has been subjected to this behavior.”

The company’s turnover rate is high. During 2018-20, Tucker Brewing Company employed at least four taproom managers in two years, former employees confirmed. Bartenders, managers and sales representatives are transient, quitting out of frustration with the owners. The former employees who spoke to Decaturish said Hubbard alienated employees from company events and yelled at them behind closed doors about uniforms and tardiness.

“I was tired of ending up in tears in her office,” said one former employee.

At least three of the former employees were fired without warning. Jacob Dodd, taproom manager from September 2019 to June 2020, said he was “talking to Ashley just 10 minutes before she called me into her office and asked for my laptop and keys. I was blindsided.”

Another manager called a meeting to discuss Hubbard’s bullying, and asked for co-owner Chapman to be present. Chapman refused.

“I told her the way she speaks to me is not okay, and this not a pleasant work environment. I did not feel there was an ally. When the owners are the problem, what else can you do?” said the former manager, who later received an apology from Gabe Chapman, the former marketing director and Hubbard’s brother.

Adding to the hostile work environment, employees say Tucker Brewing Company violated state and federal labor laws because they were mistakenly paid as independent contractors.  The company requires workers to wear a uniform, work pre-determined shifts and use the company’s equipment to complete job tasks. All requirements indicative of employees, not contractors.

The Department of Labor says an employer of a tipped employee is only required to pay $2.13 per hour in direct wages if that amount combined with the tips received at least equals the federal minimum wage. If not, the employer must make up the difference. 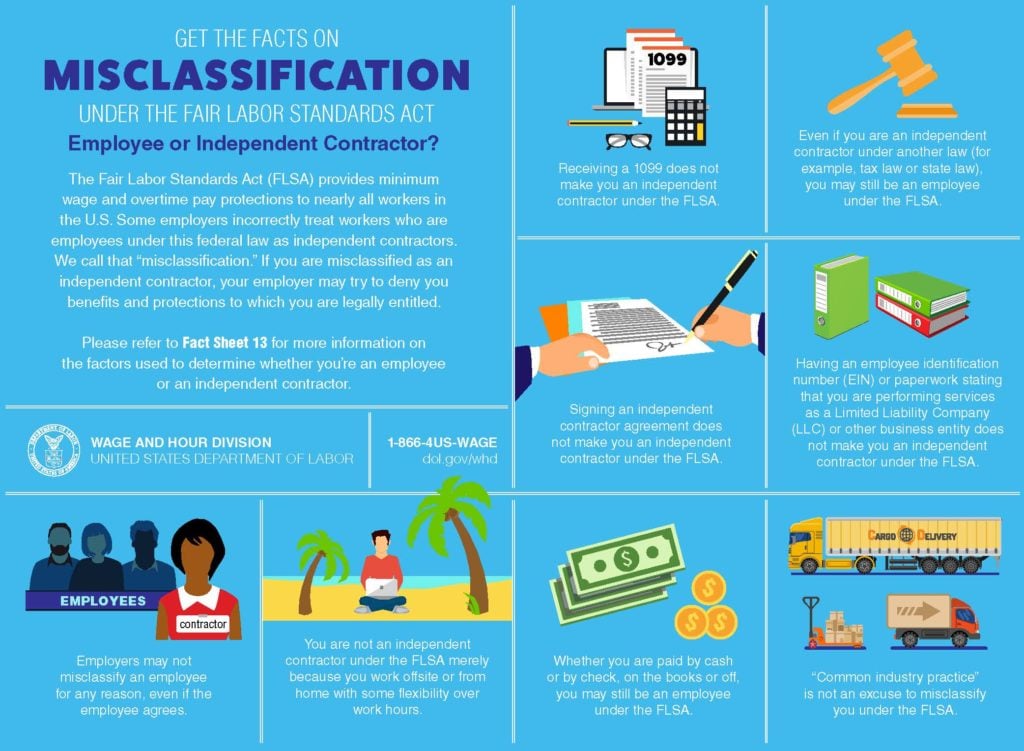 Graphic obtained via the Department of Labor

But the former employees said Tucker Brewing Company paid employees by direct deposit and did not issue pay stubs, so it was impossible for employees to discern if they were being paid correctly. During the pandemic, the brewery paid $2.13 per hour plus tips to work the to-go window, but a job in the warehouse paid $13.25 per hour.

“Imagine not knowing how much you’re going to make at the end of the week when you have bills to pay and rent due,” said a bartender.

An employee who worked at Tucker Brewing Company from November 2019 to May 2020 applied for unemployment under the CARES Act. She received one check in April 2020 in the amount of $306.

Hubbard appealed the unemployment claim. In an email, Hubbard advised the woman to file for a Payroll Protection Program loan because she was a contractor. The employee then received a letter on May 7, 2020, from the Georgia Department of Labor, stating: “Our records indicate you have not requested payment for weeks you are potentially eligible to receive unemployment benefits.”

“Working at Tucker was unbelievably stressful during the pandemic,” she said. “All of our paychecks were issued from the parent company [Global Products International LLC]. We never got pay stubs. We never got a total of hours worked weekly. Again, we were 1099 employees so they didn’t have to pay taxes.”

In a statement to Decaturish, Tucker Brewing Company said, “Prior to these online discussions, we recognized the need to strengthen our policies and practices and began the process of ensuring all employees’ classifications were appropriately updated. To continue to best address the needs of our workforce, we are hiring an HR director, who will focus on further creating an environment that helps us retain, recruit, and provide the best work environment possible for Tucker Brewing Company team members.”

Another former employee described a humiliating experience that forced her to leave the company.

Julie Dobbs, who identifies as a lesbian, worked part time for Tucker Brewing Company for less than one month in 2019. Upon being hired, Dobbs’ manager allowed her to wear the male uniform, a golf shirt and shorts or pants. The female shirt was form-fitting, said Dobbs, and made her feel uncomfortable.

A few days into the job, Dobbs’ was asked to take on a temporary management role. Hubbard was preparing for maternity leave; the taproom manager had left the company; and Dobbs was “given the keys to the castle.”

While confirming details of the upcoming Tucktoberfest, an annual event at Tucker Brewing Company, Dobbs was told she was required to wear a dirndl, a German folk dress tight across the bust, cinches in at the waist and has a full skirt.

“Dresses are out of my comfort zone,” said Dobbs, who offered to wear the men’s costume, work behind the scenes, or take the day off in order to avoid wearing the dress.

According to Dobbs, Hubbard refused; the dress was part of the event, and every staff member was required to be public-facing due to the size of the event. Dobbs said she was told wearing the dress “is what the event is about.”

Tucker Brewing has faced other allegations made on social media about its treatment of the LGBTQ+ community.

On June 3, Tucker Brewing Company owners Hubbard and Chapman responded to claims of anti-LGBTQ+ sentiment at its company by publishing a statement on the company’s Instagram page. They said that these were errors caused by the company’s rapid growth and staffing issues, not bias against the LGBTQ+ community.

“As our local brewery has grown, we have quickly scaled up, sometimes without the necessary organizational support, impacting our internal team, as well as our guests and potential guests,” the company’s Instagram post says. “For example, the experience shared about the LGBTQ+ couple looking for a wedding venue was a result of the brewery not having an events manager on staff at the time. As such, there was confusion around available dates and the couple did not receive accurate information. This unfortunate situation was a result of an operational mistake, not a heart of hatred. We have been honored to host weddings for a diversity of couples, including two LGBTQ+ weddings and continue to support and welcome visitors of all communities.”

A former bartender who worked for 18 months at Tucker Brewing Company said he believed the story about the wedding could have been an error due to disorganization and high staff turnover rate. Several former employees said they never witnessed discrimination against the LGBTQ community.

Looking back on her own experience, Dobbs said she is not surprised by the allegations.

“It saddens me,” she said. “Every time I see their beer in a new place, I feel nauseous. I want to ask the owners, ‘Are you aware of what this company stands for?’”

Tucker Brewing owners Hubbard and Chapman in their Instagram statement said they would be conducting “leadership and diversity, equity and inclusion training and will hire HR support by the end of the month.”

“Through our actions, we will show the true heart of our company and our dedication to our community and each other,” they said.

Here is the full statement Tucker Brewing’s owners posted on Instagram in response to allegations against the company:

Over the past few days, former employees have shared on social media experiences about their time at Tucker Brewing. As we have read about these experiences, we have been confronted with several missteps we have made as a local business.
.
We are sorry to those who have felt disrespected or disregarded by us. We acknowledge that we have room to improve our workplace environment. We understand that at times our communications with employees has crossed the line from being passionate about customer service to being pressure-filled demands.  Despite our intentions we have not always realized the impact of our tone, feedback and communications.
.
As our local brewery has grown, we have quickly scaled up, sometimes without the necessary organizational support, impacting our internal team, as well as our guests and potential guests.
.
For example, the experience shared about the LGBTQ+ couple looking for a wedding venue was a result of the brewery not having an events manager on staff at the time. As such, there was confusion around available dates and the couple did not receive accurate information. This unfortunate situation was a result of an operational mistake, not a heart of hatred. We have been honored to host weddings for a diversity of couples, including two LGBTQ+ weddings and continue to support and welcome visitors of all communities.
.
We are beyond proud of our team and truly care for each employee. We can be better and are grateful that this experience has helped us see more clearly the ways in which we can improve to provide a safe, enjoyable work environment, as well as a special place for all to gather.
.
To build on our commitment to our employees and community, we will undergo leadership and diversity, equity and inclusion training and will hire HR support by the end of the month.
Through our actions, we will show the true heart of our company and our dedication to our community and each other.
.
Sincerely,
Ashley Hubbard & Ryan Chapman