Decatur, GA— The Agnes Scott College Board of Trustees has a new chairperson and four new board members. Elizabeth H. Noe, who graduated from Agnes Scott in 1986, is taking on the role of chairperson, succeeding Elizabeth D. Holder.

Holder was on the Board of Trustees for 13 years and served as the chairperson for five years. Under her leadership, the board received the John W. Nason Award for Board Leadership, appointed Leocadia I. Zak as the college’s president, navigated a global pandemic and, most recently, affirmed a new strategic plan that will provide direction for the college over the next five years, according to a press release.

“I am looking forward to working with Elizabeth [Noe] and these newly elected trustees as, together, we implement Pathway to Success, our new strategic plan, which focuses on providing a transformative education that prepares our students for professional success,” Zak said in the press release.

Noe has served on the board for seven years, during which time she chaired the governance committee and co-chaired the presidential search committee. Noe recently retired as a partner with the international law firm Paul Hastings LLP. She led an active transactional legal practice concentrated in securities and corporate finance matters, mergers and acquisitions and corporate governance.

“I am honored to have been elected to succeed Beth Holder and look forward to working more closely with President Zak and the college’s leadership team to build greater awareness of Agnes Scott and the life-changing experience that it provides for our students through SUMMIT,” Noe said in the press release. “I am deeply committed to the college’s mission and to empowering women for success.”

The board welcomes new members whose four-year terms began July 1: 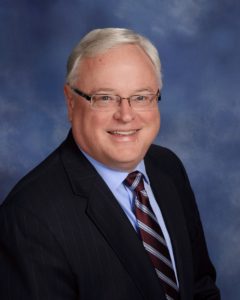 Lewis Galloway recently retired after 14 years as senior pastor of Second Presbyterian Church in Indianapolis. He currently serves as interim pastor of First Presbyterian Church in Spartanburg, South Carolina. He previously served churches in North Carolina, South Carolina and Virginia. He has been actively involved in racial reconciliation and campus ministries, social justice and homeless initiatives. He has served as president of the South Carolina Council of Churches and the Cooperative Ministry, as chair of the Mayor’s Task Force on Homelessness, and as a trustee of Union Presbyterian Seminary and Davidson College. He is currently on the board of the Montreat Conference Center and is a graduate of Davidson College and Union Presbyterian Seminary in Richmond, Va. 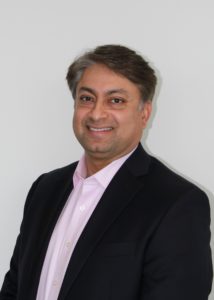 Parmeet Grover is the senior partner and managing director for Boston Consulting Group in Atlanta. He works with Fortune 500 and governmental clients in North America, Europe and Asia on strategy, marketing and sales and operational transformation.  Grover was previously an executive at Michelin, leading its global marketing strategy, and also spent 11 years as a partner at McKinsey & Company. His commitment to bettering the Atlanta community has led to leadership roles in growing Tech Square, venture capital and other elements of the city’s entrepreneurial ecosystem. He serves on the advisory board at the Georgia Institute of Technology and as an emeritus advisory board member for Georgia Tech’s School of Materials Science and Engineering. He holds an M.S. and PhD. in materials science and engineering from Georgia Tech. 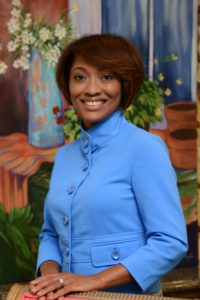 Erica Stiff-Coopwood is an active community volunteer in Memphis where she recently completed her term as president of the Junior League of Memphis. She was the chapter’s first Black woman to serve in this role. Before relocating to Memphis, she practiced law in Nashville as an employment defense litigator with Constangy, Brooks and Smith, and then as a business attorney for Bone McAllester Norton. She also clerked for the Tennessee Supreme Court. She serves as a board member for The Children’s Foundation of Memphis and The Community Foundation of Greater Memphis and as a trustee of the Hutchison School for Girls. A graduate of Agnes Scott, Stiff-Coopwood served as president of the college’s Honor Court and earned a bachelor’s degree in psychology. She holds a law degree and a business certificate from Vanderbilt University. 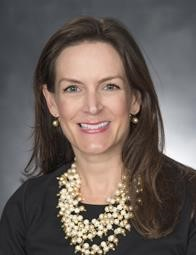 Mary-Crawford Taylor is head of industry consulting at Truist Bank. Taylor has held various sales, leadership and consulting roles in commercial banking, corporate banking and investment banking at SunTrust, now Truist, over the past two decades. She led strategy, products and capabilities for not-for-profit banking and government banking and oversaw multiple efforts that enabled heritage SunTrust to meet clients’ evolving needs, optimize the bank’s balance sheet and achieve shareholder objectives. She additionally led the formation of STI Institutional and Government, Inc., a bank subsidiary through which tax-exempt loans are processed. Previously, Taylor was a director at SunTrust Robinson Humphrey, advising clients in risk management. An active volunteer at Northside United Methodist Church and The Lovett School in Atlanta, she holds a bachelor’s degree from Vanderbilt University in economics with a concentration in business.

The members who ended active service on the Board of Trustees as of June 30 were Margaret D. McCray-Finke, Mary Lou C. Hawkes, Elizabeth Rhett Jones, Elizabeth McGregor Simmons and John R. Swallow, according to the press release.