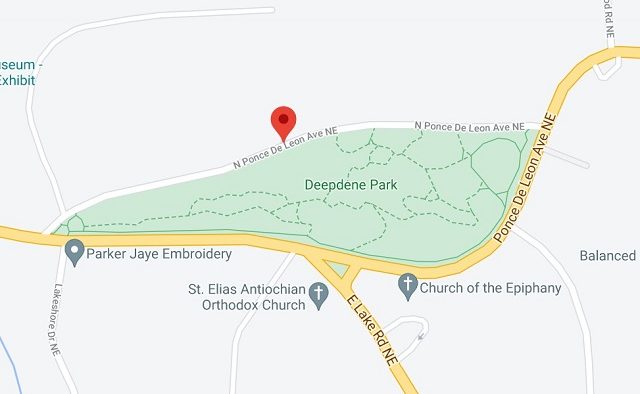 The approximate location of the July 3 crash. Image obtained via Google Maps
Share

Druid Hills, GA — DeKalb County Police have arrested a man accused of striking and killing a man on a motorcycle in the Druid Hills community.

“The victim, Dylan Dickerson (20), was at a light on his motorcycle waiting to turn onto N. Ponce when he was struck by a car driven by Ronald L. Williams, 49,” a spokesperson for the Police Department said. “Mr. Dickerson died on the scene. Alcohol appears to be a factor and Williams was arrested and charged with DUI and Homicide by Vehicle.”

According to jail records, Williams was released from jail on July 7. He’s also facing other charges, including possession of methamphetamine, possession of more than an ounce of marijuana and following too closely, jail records show.