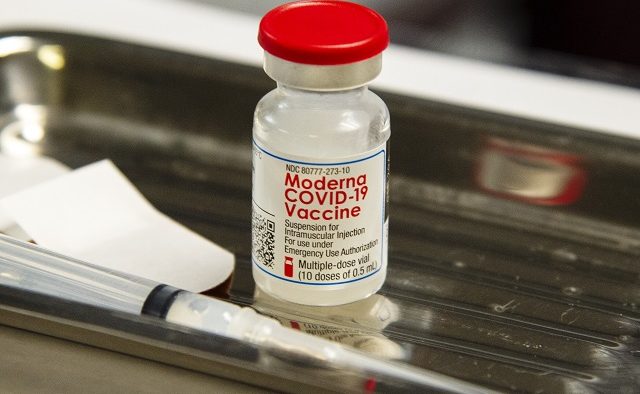 The DeKalb County Board of Health received 2,500 doses of the Moderna COVID-19 vaccine and began vaccination of Board of Health frontline workers on Dec. 31, 2020 to be followed by long-term care facility residents and staff, and EMS personnel. Photo by Dean Hesse.
Share

However, City Manager Patrick Bryant said a new policy has been introduced strongly encouraging all city employees to get a COVID-19 vaccine. If they don’t have the vaccine by Aug. 23, then unvaccinated employees will be required to submit a weekly negative COVID-19 test in order to report to the office. Failure to do so could result in termination.

“As a staff, we’re trying to take those precautions,” Bryant said. “I think it would be wise for persons entering and exiting City Hall to wear protective face coverings because it’s almost impossible for us to keep a staffer on hand to verify vaccination status.”

The City Commission directed Bryant to keep monitoring the COVID-19 data and make recommendations as needed.

The commissioners also encouraged the city to continue following guidance from the Centers for Disease Control and Prevention.

“For me, it’s mainly, I think, following what the CDC guidance is as it changes and evolves has probably been what we’ve used in the past and should continue to use,” Mayor Pro Tem Brian Fisher said. “So if it’s masking up inside, I don’t like it, but I’m fine with it. But what I don’t want to do is go back to where we were, because I think we were in a very different place at that point in time.”

Bryant said he’s fully supportive of the board strongly encouraging the wearing of masks for people entering City Hall.

Some commissioners voiced their support for putting up a sign at City Hall encouraging individuals entering City Hall to wear a mask.

“It would be a terrible thing to have to go backwards,” Commissioner Lionel Laratte said. “At the same time, I do want to make sure that we are being safe. At this point, I don’t know that we have to go back to where we were at the beginning stages of this thing. But I do think strong recommendations about social distancing and mask wearing and everything else is warranted.”

The board could also extend a mask mandate to businesses if they so choose. Fisher said he wouldn’t want to implement any mandate outside City Hall. Most businesses are already choosing whether they are encouraging masks, he said.

The city had a mask mandate in place throughout last year, and it was allowed to expire.

“It appears that the governor is no longer vocal on his opposition to mask mandates, so I think if we were to implement a mask mandate that the state would not come down on us,” Bryant said. “But I’m speculating here.”

The city currently can only do virtual meetings as a hybrid model with in-person meetings. Under state law, the city could only go back to fully virtual meetings if it declares a state of emergency.

The commissioners were in favor of allowing comments for those watching the meeting via Zoom.

Mayor Jonathan Elmore has previously said that comments could only be made if individuals attended the meetings in person. But he said Wednesday night that as the pandemic is getting a little more tense and people are feeling less comfortable attending in person, that the City Commission should accommodate Zoom comments.

“I do want to say I’m not in favor of retaining that forever,” Elmore said. “We did not do that before. We allowed Zoom comments because we were in a Zoom meeting, but that’s not something I want to do in the future.”