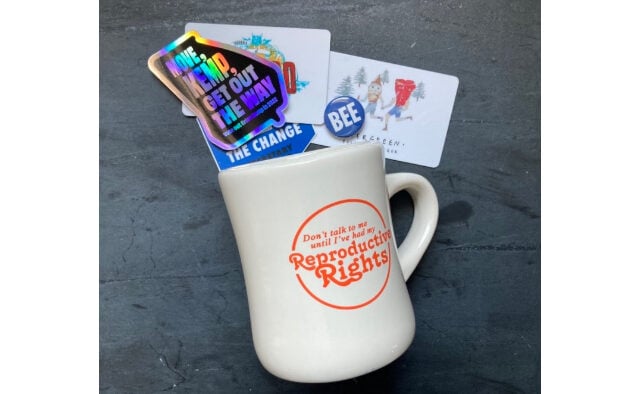 The fundraiser ends on Sept. 26, according to a press release.

Here’s how it works:

– People Venmo their donations to @austinlouisray.

– He splits 100% of the proceeds between New Georgia Project and the Asian American Advocacy Fund, organizations which use the money to civically engage people all over Georgia while fighting for voting rights.

– Along the way, he partners with local artists and businesses for giveaways.

Ray tells Decaturish that donors can expect gift card and merchandise giveaways from the likes of Inner Voice Brewing, Evergreen Butcher + Baker, Argosy, Tesoro, Wrecking Bar Brewpub, and more this week, according to the press release. During the first day of the fundraiser, 42 people donated a total of $2,340.

“I’m always blown away by how much good we can do when folks get together on the internet and have some fun,” Ray says. “And it helps me sleep better at night, if we’re being totally honest.”

Here’s some more information about Ray and his fundraising efforts:

In the past two years, Ray and a growing group of progressive humans have raised more than $30,000 for various organizations. His friends Lizzy Johnston and Linda McNeil asked him to help them make a zine that ended up raising more than $7,000 for Giving Kitchen. With the Soft Serve Bois™—Kyle Kastranec and Mark Spence—Ray has raised more than $2,000 for Color of Change and sent “This Machine Kills Fascists” stickers all over the country. For his birthday last September, Ray partnered with local businesses like Ticonderoga Club, Halfway Crooks, Kimball House, and many more to raise more than $13,000 for Fair Fight. Back in January, Ray helped get people to the polls, paying for gas, rideshares, and more, and ultimately ended up raising more than $2,000 for New Georgia Project. Finally, in April, he raised more than $6,000 for NGP with the “Move, Kemp” campaign that featured stickers designed by David Sizemore.