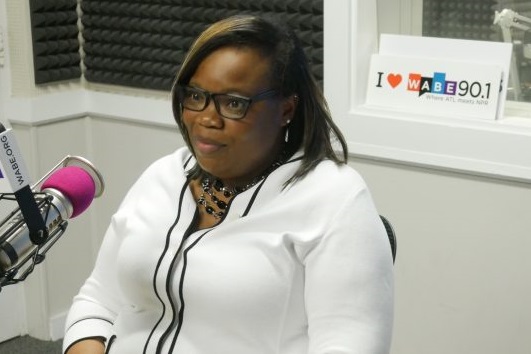 DeKalb County, GA — It’s seven weeks to election day in 13 municipalities in DeKalb County, and the director of DeKalb County Elections has been placed on an extended leave of absence — with no known return date.

Erica Hamilton has served as director of elections for five years. When former Elections Director Maxine Daniels retired in 2016, Hamilton was promoted. She brought experience from her role at the Georgia Secretary of State’s office.

DeKalb County was under intense scrutiny during the 2020 election cycle, and so was Hamilton’s performance. DeKalb GOP leader Lane Flynn said the department lacked transparency and communication to volunteers. John Jackson of the DeKalb County Democrats called for Hamilton’s resignation.

Even groups brought in to help the department handle an historic election were unhappy. National Vote at Home Institute consultant Amber McReynolds said the relationship with DeKalb slowed due to “a lack of access, a lack of information, a lack of communication.” ACLU of Georgia said the department was being “difficult,” and withdrew an offer to serve as deputy registrars at the polls. That was after the board fought to accept more help. Voting advocacy group Indivisible GA 04 said there were not enough advanced voting sites for the January Senate runoff race.

But despite all the negative feedback, Hamilton pulled off the 2020 election and runoff without major problems, said a former DeKalb County Elections board member. Hamilton navigated bad press in June at the primary, when lines extended down the street. The county conducted a successful hand count and recounted ballots in an election that wasn’t certified until a month after the polls closed.

Stepping into Hamilton’s role is Twyla Hart, who has a 20-year career with the DeKalb County Elections department. No mention from the board on whether Hart will permanently fill the role, should Hamilton not return.

Baoky Vu, former DeKalb Elections board vice chair, said, “Twyla Hart has the continuity to carry out the November election.”

DeKalb Elections board members met on Sept. 9 to discuss poll workers, budgeting and an internal audit. The board voted unanimously to place six absentee ballot drop boxes throughout the county at early voting sites, in accordance with SB202.