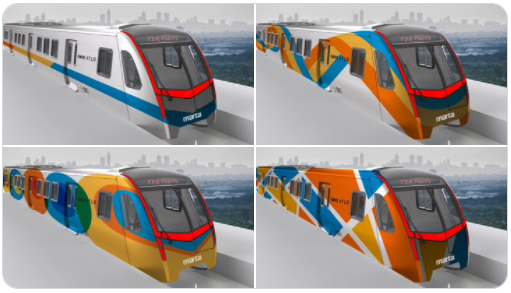 MARTA is seeking the community's feedback on a new generation of rail cars. There are four categories, each with two design options, for the community to choose from. Photo courtesy of MARTA.
Share

Atlanta, GA — MARTA is seeking the community’s feedback on a new generation of rail cars that will build upon new technology and advance safety and security.

In May, more than 1,300 people participated in the first phase of the “Your Ride, You Decide” campaign, providing valuable input on the rail cars’ interior including items such as seating, hand holds, signage, bike and stroller areas, planned Americans with Disability Act and accessibility enhancements, and luggage areas, according to a press release.

MARTA is now seeking feedback on the graphic designs for the exterior of the rail cars.

According to the press release, to rate and/or leave comments about the graphic designs, you will need to create a free account on Qmarkets, our online crowdsourcing platform. If you’ve participated in the first round of MARTA rail car design outreach, log in using the same username and password. If you do not already have an account, please click here to create one. Please email [email protected] with any questions.

During the campaign, MARTA will also conduct in-person surveys for the graphic designs at rail stations.

MARTA is investing $646 million on new rail cars to make sure the agency is ready to met metro Atlanta’s future transportation needs. This undertaking will eventually replace all of MARTA’s existing rail cars, according to the press release.

In 2019, MARTA’s board of directors approved the $646 million agreement with Stadler Rail for the purchase of new rail cars, which is a milestone in MARTA’s capital improvement program. The rail cars are scheduled to be delivered between 2023 and 2028, with the delivery of a pilot car in 2023.

There are eight options to choose from for the new design. Minimalist options are simple and feature MARTA’s primary colors in a seamless stripe running along the length of the train’s mid-section and across the front and rear cabins. 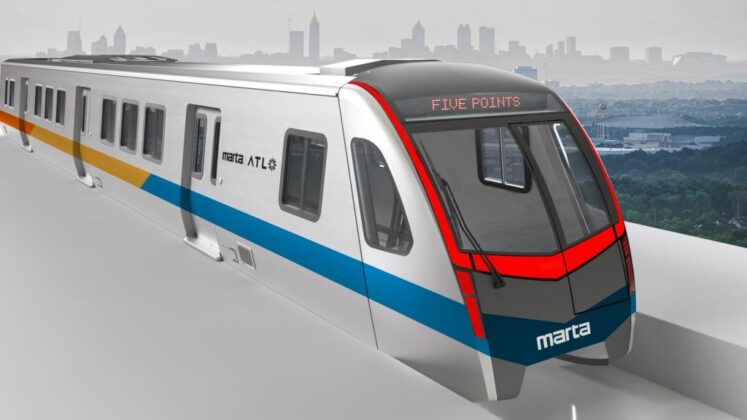 Minimalist option one featuring a stripe of MARTA’s logo colors along the mid-section of the rail car. Photo courtesy of MARTA.

The second minimalist option differs slightly, with the stripe running along the lower edge of the train. 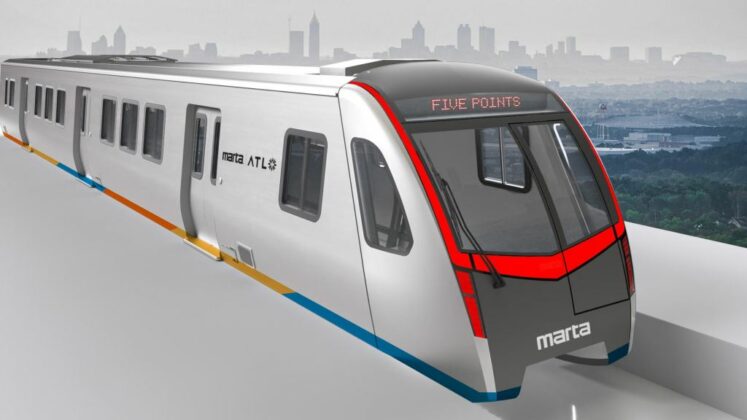 Minimalist option two featuring a stripe of MARTA’s logo colors along the lower edge of the rail car. Photo courtesy of MARTA.

Flowing ribbons options feature an unfurling like wind-whipped banner using MARTA’s logo colors that runs prominently along the length of the train and across the front and rear cabins. 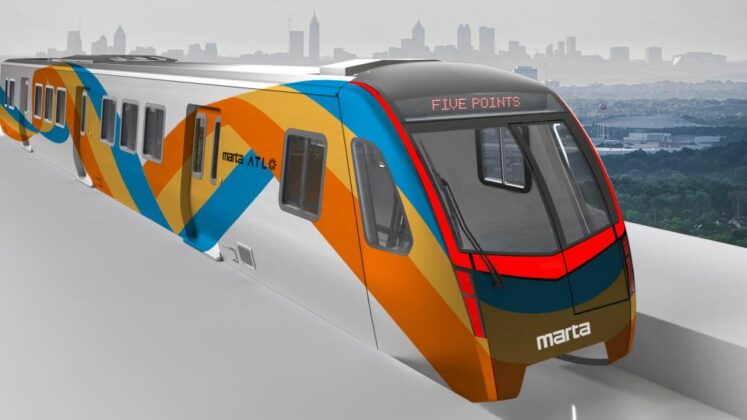 Flowing ribbons option one featuring an unfurling banner spanning the length of the rail car. Photo courtesy of MARTA.

The second flowing ribbons option displays a scaled-down version of the unfurled banner that runs along the mid-section of the rail car, “creating a sense of movement, speed and excitement,” according to the MARTA website. 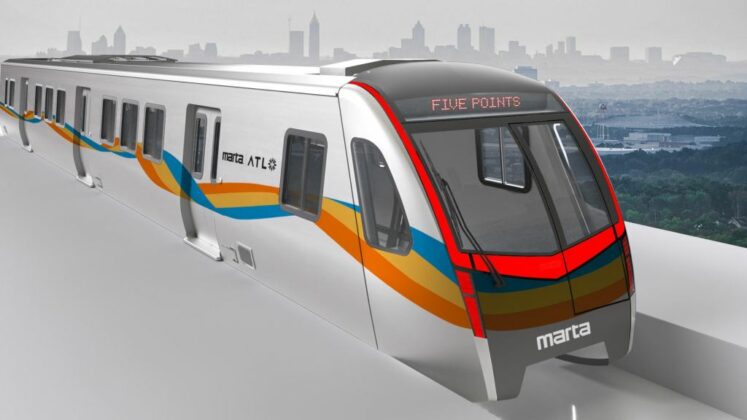 Flowing ribbons option one featuring an unfurling banner that runs along the mid-section of the rail car. Photo courtesy of MARTA.

Another category is neighborhoods, also featuring two designs. The first design shows overlapping ovals in varying colors that span the length of the rail car from floor to ceiling “to represent the deep inter-connections between the diverse communities MARTA serves,” the website states. 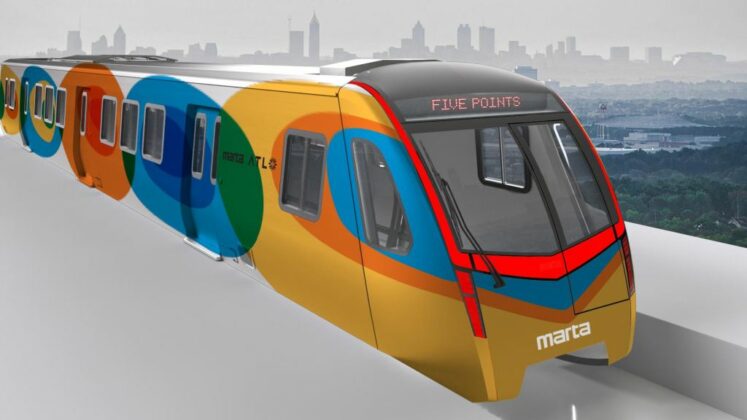 Neighborhoods option one featuring overlapping ovals along the length of the rail car. Photo courtesy of MARTA.

The second design features colorful ovals that look like a string of beads along the mid-section of the rail car. The design represents “the linkage of people, places and spaces in metro Atlanta,” according to the MARTA website. 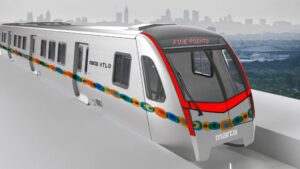 Neighborhoods option one featuring overlapping ovals along the mid-section of the rail car. Photo courtesy of MARTA. 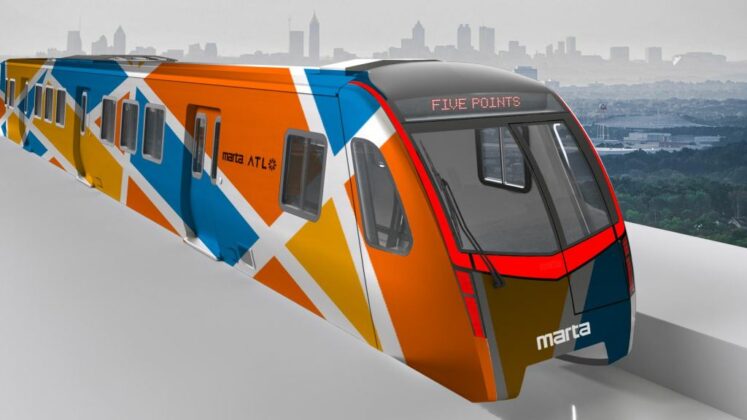 The second tracks design is a series of bold colored lines running in varied and intersecting angles that run the length of the rail car and is an abstract interpretation of the track ways. 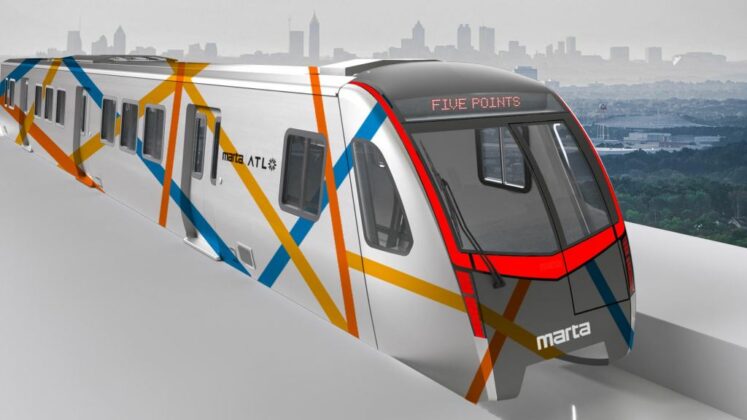