Undefeated and undaunted, Decatur High football team sets sights on winning it all

Undefeated and undaunted, Decatur High football team sets sights on winning it all 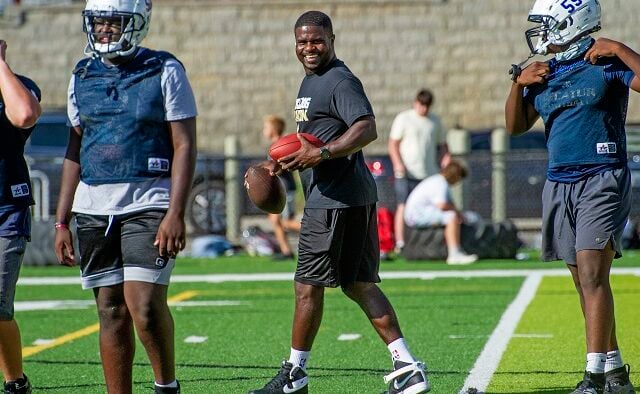 Decatur, GA — Decatur High School senior and wide receiver Curran Brant was blunt about his expectations for the rest of the football season.

“I expect us to go undefeated and to the Championship,” he said. “That’s it.”

The Bulldogs are undefeated heading into the second half of the Bulldogs’ 2021/22 campaign. The opening month of the season has been full of one emphatic victory after another for Decatur, both on and off the field. 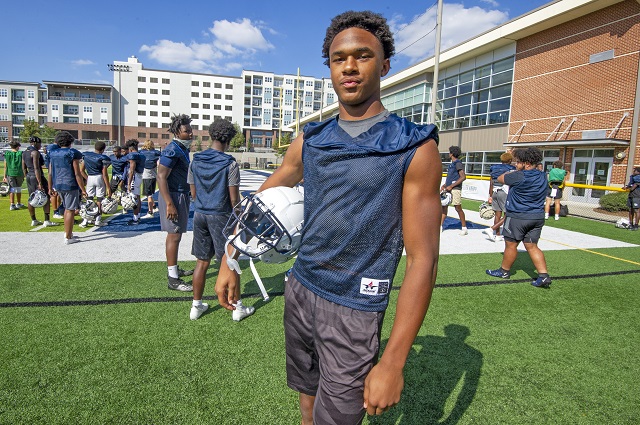 The team has run its opposition ragged in all five games so far and blazed its way to a 5-0 record, but the big news came on the sidelines when Head Coach William Felton was recognized as the Atlanta Falcons Head Coach of the Week earlier this month.

The weekly award acknowledges a high school football coach for their and their school’s achievements.

Coach Felton was recognized as “a very compassionate guy who truly cares about the young men on and off the field,” according to his anonymous nomination. For Felton, the recognition “was a great accomplishment not only for myself but the team. This award was just a testament to the hard work and dedication that the kids and the staff have put in.”

Felton, who has only been the head coach at Decatur since 2019, has already made a significant impact on the program. Decatur qualified for the playoffs for the first time since 2005 in his debut campaign and then went one step further the following year, winning a postseason clash for the first time in 17 years last season.

Felton’s favorite part of coaching Decatur isn’t the results on the field, however, but rather “the opportunity to impact the lives of our great young men and woman — I have one female athlete on the team. I enjoy seeing them grow and apply skills that they learn regarding life; not just football.”

Even so, it’s hard not to mention Felton’s influence without bringing up Decatur’s success on the football field.

Through the first five games of the season, Decatur has outscored its opponents two hundred and three to forty-one.  That included a 21-14 victory over Arabia Mountain in front of a raucous Homecoming crowd on September 17th and an eye-popping 63-0 thrashing against previously-unbeaten Stone Mountain in its most recent home game. 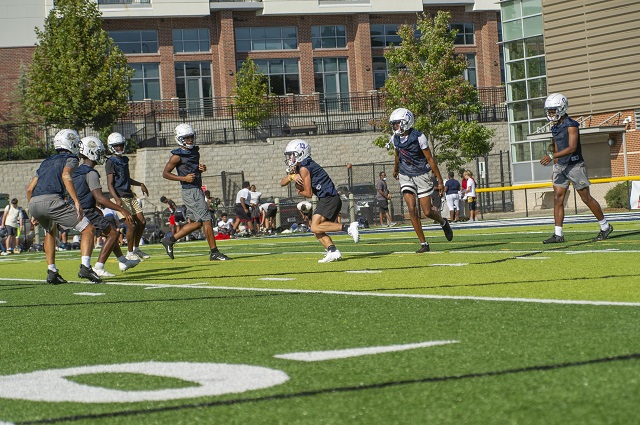 Decatur is now ranked ninth in Georgia Division 5A and 74th overall in Georgia. For Coach Felton, this is just the beginning.

“Some of the main takeaways from the season so far are that we are playing good, but we are not playing our best,” Felton said. “This is encouraging in the sense that we still have room to get better and we can’t get complacent or be satisfied with where we are. From the remaining games, our goal is to go 1-0 each week. We can’t get ahead of ourselves, or we will never be able to enjoy the joys that today brings.”

One such moment of joy for the Bulldogs has been the full return of fans to home games. Brant, the senior wide receiver, said the fan support has made a difference. For him, the return of fans has been one of the most memorable aspects of the season.

Brant’s favorite moment so far came in the home opener against Wesleyan.

“Seeing the huge crowd at the first home game of the season (…) was honestly breathtaking and very overwhelming, but in a good way,” Brant said. “When we all went on the field and saw both sides at full capacity, I feel that was the coolest thing I’ve ever seen.”

Though Decatur has dazzled all around in the first half of the 21/22 campaign, its work is far from over.

The Bulldogs have five regular-season games left, including an enticing curtain-closer at home against St. Pius on November 5th. As things stand, it could very well be the deciding game for the number one seed in the 5A Division. Pius is currently ranked second and beat Decatur 28-7 last season. For Brant, the revenge factor is certainly going to be at play.

“Keep a special eye on the St. Pius game because we owe them for breaking our streak last season,” he said.

To see the team’s schedule for the rest of the season, click here. 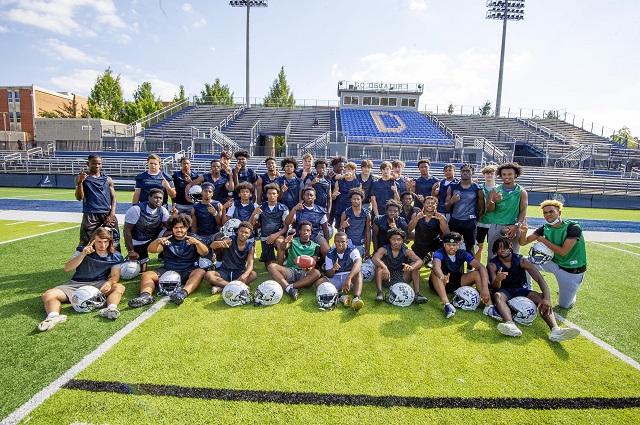