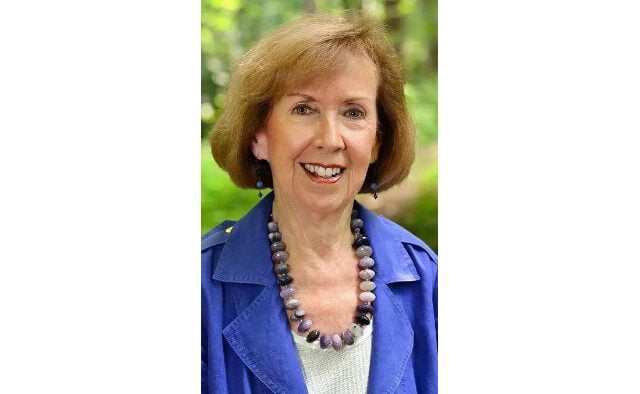 Decatur, GA — Betty Blondeau was full of love and energy. Her energy was felt by many. She was tenacious, goal-oriented and a hard worker. Those who knew Blondeau knew she was always up to something.

In recent years, she ran unsuccessfully for Decatur City Commission and used her spare time to advocate for causes she believed in, including strengthening the city’s tree ordinance.

Blondeau, a longtime Decatur resident, died unexpectedly on Oct. 2. A celebration of life will be held on Friday, Oct. 8, from 3-6 p.m. at Blondeau’s home.

Blondeau was born on Sept. 25, 1937 in Decatur. She grew up on Lamont Drive with her parents and two siblings. She graduated from Decatur High School in 1955, where she was a cheerleader and an honor student. She started college Georgia State College for Women, which is now Georgia College and State University, She transferred to the University of Georgia and graduated in 1959 with a teaching degree.

“Betty was a high school English teacher before finding a career in fundraising as Director of Development at the Alliance Theatre and Kenny Leon’s True Colors Theatre Company,” her 2017 campaign website said. “She remains active in the arts, attending theatre as often as possible. She is a mother and grandmother. In her free time, she practices Tai Chi and Yoga, and enjoys membership in two book clubs.”

As a young adult, she married an Army recruiter and lived in Annapolis, Maryland, and other cities around the country. She returned to the Atlanta area in the mid-60’s where she raised three children. 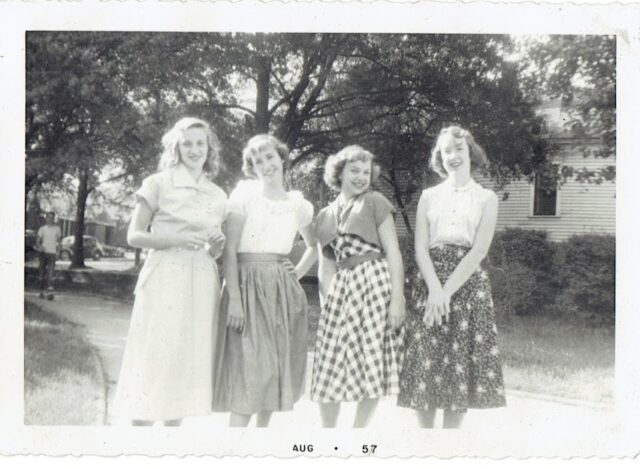 Betty Blondeau, far right, stands with a group of friends. Betty was born and raised in Decatur. She grew up on Lamont Drive. Photo submitted by Laura Blondeau-Robinson.

“When we were children, she volunteered at Atlanta Children’s Theater. She volunteered there and that’s how she got started in the theater,” said Laura Blondeau-Robinson, Blondeau’s daughter. “We grew up down there, so would help usher the shows, like take people to their seats and hand out the programs.”

Blondeau was a fundraiser extraordinaire, said Sandra Deer, who worked with Blondeau at the Alliance Theater from the mid-70’s until about the late 90s.

“She was just so much fun. She was so talented and had so much energy,” Deer said. “A party at her house was always just full of laughter and fun. She was always up to something interesting.”

After retiring from True Colors, she turned her focus to advocating for causes in DeKalb County and the city of Decatur. She was the ultimate engaged citizen, her close friend Al Burrell said. She loved her hometown and wanted it to be everything it could be, he added.

“I think she’s one of the best examples we have of being a good citizen, sometimes taking up causes that are not sure wins but still working for them enthusiastically and in good spirit,” Burrell said.

“She was definitely an advocate for greenspace in Decatur and making sure that the city maintained the integrity of Decatur, that it remained a diverse community. It was very, very important to her,” Blondeau-Robinson added.

Blondeau was a strong advocate for the arts, trees and greenspace. As a member of Save Decatur’s Trees, Betty advocated for the City Commission to adopt a stronger tree ordinance.

“I think [it was important to her] because that’s what Decatur was to her. It felt like a small community because that’s how she grew up,” Blondeau-Robinson said. “It wasn’t a city like it is now. I think she wanted to make sure that it was maintained, that it still felt that way. If you tear down all the trees, then it’s not a little community anymore. It becomes a city, and she liked that community feel of Decatur.”

Lynne Rosner, a member of Save Decatur’s Trees, said that Blondeau never claimed to be an expert on trees, but she knew that they were important. She fully supported the group and what they were trying to do.

“One of the things that I always appreciated was no matter how much she may have disagreed…she was always pleasant,” Rosner said. “She always complimented people, found the positive, while at the same time she was definitely not backing down on any of the things we wanted these politicians to do.”

Blondeau showed Rosner what a person can do if they are persistent. If they believe in something and if they work on something, they can make a difference.

“I think that’s why it hit me so hard because up until the very end she was still 100% going to commission meetings, taking notes, emailing, texting. It just shows what can be done if you are passionate about something,” Rosner said. 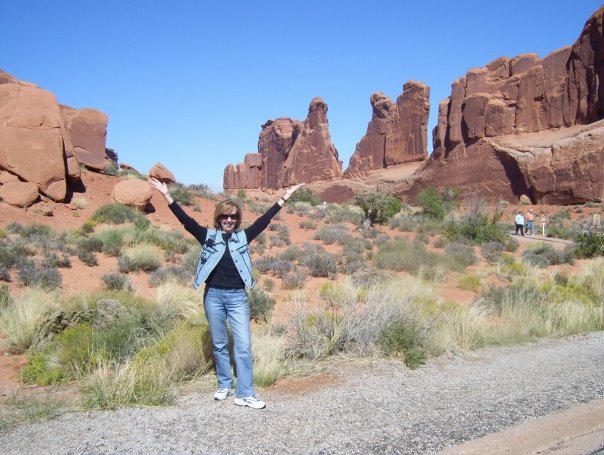 Decatur native Betty Blondeau loved to travel and enjoyed a trip to Utah. She took her family all over the world. Photo submitted by Laura Blondeau-Robinson.

At the Oct. 4 Decatur City Commission meeting, commissioners expressed their condolences to Blondeau’s family and took time to share memories of her.

“I know one thing we’ll all remember about Ms. Betty was her love of trees and the importance of tree preservation as well as enhancing the protections of trees through our tree ordinance,” Commissioner Lesa Mayer said.

Blondeau was a regular face around the state Capitol as she lobbied to keep the arts funded at the state level. She also lobbied for the city of Decatur’s senior tax exemption. Decatur Mayor Pro Tem Tony Powers said Blondeau was the one face he and Mayor Patti Garrett would always see at the Capitol.

“Betty was a true inspiration to all of us,” Powers said. “You would have thought she was an elected official. She was there, and she was large and in charge.”

Blondeau put more heat on the state legislators than others to get the city’s senior tax exemption through the General Assembly, Powers said.

“She would light a fire and people would genuinely listen,” he added.

Garrett knew Blondeau through her advocacy with the county and the state representatives, before she knew her in Decatur.

Wherever Blondeau’s heart was, she was in it full force and made a difference, Garret added.

Blondeau-Robinson said Blondeau wanted to be part of the political world in Decatur. She ran for the City Commission in 2017 against Tim Martin, Melissa Manrow and Commissioner Kelly Walsh. All four candidates sought to fill the seat of outgoing commissioner Fred Boykin.

Walsh, who ultimately prevailed and is herself up for reelection this year against challenger Katie Bell, said Blondeau made her a better commissioner.

“She was so highly engaged in our city. She really set a high bar for how citizens can be engaged, pay attention and set that example for other residents to do the same,” Walsh told Decaturish. “She really had Decatur’s best interest at heart. I truly believe she wanted great things for all the residents of Decatur.”

She added that Blondeau had strong views on issues, but they were tempered by her long experience in Decatur and her willingness to stay in the community.

“I was always interested in making the time that we needed to talk about things because I knew I would learn something and walk out feeling more committed to doing my job,” Walsh said. “She definitely had that way of pushing you, and I enjoyed that.”

Blondeau was a member of so many groups. She was involved with Downtown Decatur Neighbors, Civic Association Network, the Mary Gay House Endowment Board, Good Growth DeKalb, DeKalb Citizens Advocacy Council and Woodlands Garden.

“She was a mentor and kind of like all the strong women before us that we were so grateful for, that they kind of paved the way for where the Junior League of DeKalb County is now,” said Shara Sanders, past president of the Junior League. “Her advocacy was another way she was a role model for us.”

Sanders added that Blondeau was willing to tackle tough topics and didn’t shy way from challenges. She listened, learned and tried to give advice to try to change things for the better.

“She just had a zest for life and a twinkle in her eye,” Sanders said.

Blondeau will also be remembered for the love she had for others. Her daughter, Laura Blondeau-Robinson, said she loved seeing Blondeau with her friends and enjoyed seeing their love for her. She genuinely cared about her friends and they knew that.

“Her love made other people want to give love. She would always tell me that ‘love is my religion,’ that love will conquer all,” Blondeau-Robinson said.