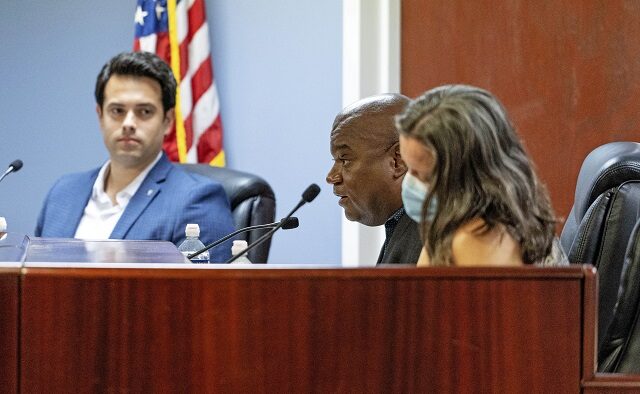 Avondale Estates, GA — The city of Avondale Estates hosted a candidate forum on Wednesday, Oct. 20, with the three candidates running for the City Commission. Candidates discussed a variety of topics, including the city’s police department, infrastructure and affordable housing.

Incumbent Commissioners Lionel Laratte and Lisa Shortell are running for reelection. Ricardo “Israel” Korn is also running for the seat. The commissioners are all elected at-large, not for specific districts. The top two vote-getters will serve on the City Commission. The election will be held on Nov. 2.

Sam Whitehead, Avondale Estates resident and WABE reporter, moderated the forum. The forum was solely put on by the city. WABE was not affiliated with the event in any manner.

A video of the forum is available on the city’s website. To view the video, click here.

If reelected, Laratte said he has three priorities he is focusing on, which are to encourage diversity in the city, improve residential infrastructure, and increase resident participation in the city.

“We have a stormwater infrastructure that was not designed to handle the amount of stormwater that we get today,” Laratte said. “We do have a stormwater master plan. We need to figure out how we’re going to pay for it. This is something that I intend pushing as hard as I can.”

Shortell’s top priorities are following the downtown master plan and comprehensive plan, as well as investing in infrastructure.

“This is something we need throughout our city on the residential side and on the downtown side. The question is how can we do it all,” Shortell said. “I go back to the three P’s — public input, planning and prioritization.”

She additionally hopes to continue making progress on updating and reviewing the city’s policies to get the city up to speed on best practices, efficiencies and equities.

Korn added that the first thing he will focus on is senior tax breaks. He plans to focus on communication, trust and beautification as well.

“Communication is huge because it’s a relationship between City Hall and its citizens,” Korn said. “It’s a two-way street, but we have to make sure we do everything in our power to get the information to the residents, so they can make their decision, report to the commissioners and mayor, so we can make a decision as well.”

Following a failed accreditation process, Avondale Estates Police Chief Lynn Thomas retired and Accreditation Manager Lt. Duanne Thompson resigned. The city has outlined other changes that will be made and has begun searching for the next police chief.

“The changes that we anticipate making have already been set forth,” Shortell said. “They are — we are doing a search for a new police chief, a profession search that’s going to be broad. We are also in the process of developing two [request for proposals] to do a review in two areas of the police department.”

“I would require the report that’s given from the chief of police that’s also given to the city manager to be given to me on a monthly basis,” Korn said. “I will make sure I will hold them all accountable to make sure we’re moving forward.”

Moving forward, Laratte wants to ask for updates on what’s going on with the police department at every City Commission meeting until a new police chief is hired. City staff is updating the board at meetings. Once the chief is hired, Laratte would expect that the board would receive monthly updates from the city manager and police chief.

“My expectation would be that we have some type of citizen review board,” Laratte said. “I would like to see citizens, our residents, more involved at the strategic level of looking at the police department. It’s great that they do get involved in the citizen’s patrol, but I think there’s room with all the knowledge we have in the city for a more strategic approach to citizen involvement in the police department.” 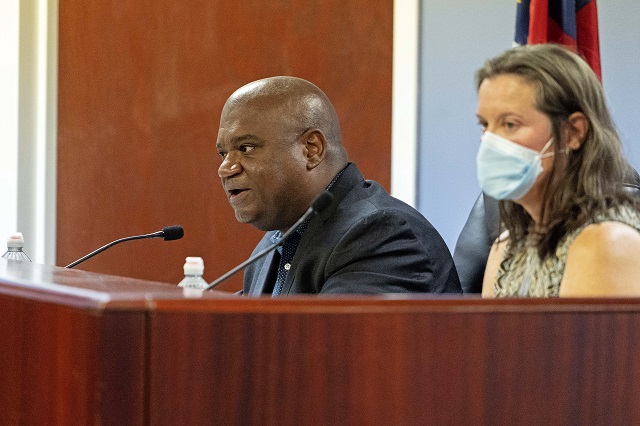 Infrastructure seemed to be the topic of the night, especially stormwater infrastructure. Laratte said the hardest part about moving forward with stormwater projects is figuring out how to pay for the improvements.

“I think we do what is appropriate today, but there’s a lot more that we have to do in terms of capital projects to bring everything up to speed,” Laratte said.

Shortell added that all of the city’s infrastructure is aging and hasn’t been tackled head on until recently. The city is working on the Northwoods project that will address the stormwater flowing into Lake Avondale and remove the silt.

She added that streets and sidewalks also need to be addressed and that the city should invest as much as it can now into infrastructure to keep taxes and fees lower in the future.

Korn claimed that most tax money is being focused on the downtown causing stormwater projects to be put off.

He added that the city should focus on revenue generating properties in order to get more money from the tax digest, and claimed that four acres of downtown has been taken off the tax digest for the town green project. Shortell clarified that two acres of land are dedicated to the park and the town green project came from the downtown master plan based on input from the community. The community wanted the park, she noted.

“No. 1 that is absolutely false that we are not doing stormwater,” Shortell said. “It has been addressed. We have money set aside in a capital plan, and we are currently investing in the design of the Northwoods project. We’ve done the Kensington [drainage pond project] and we are going to start this year on the first priority project.” 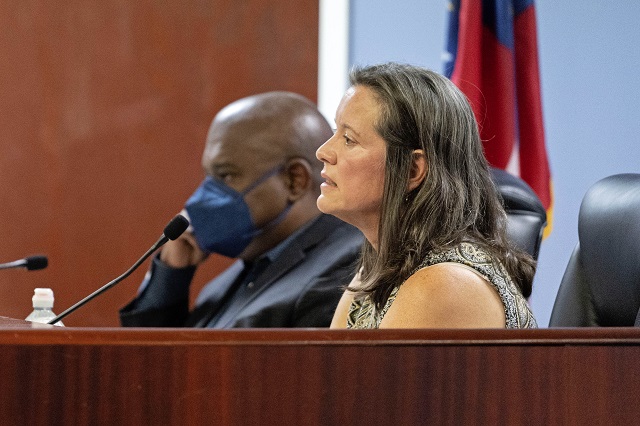 Candidates discussed housing affordability in the city, as well. Laratte said one thing he would like to look into is implementing inclusionary zoning like the city of Decatur.

In Decatur, the inclusionary zoning requirements in the unified development ordinance apply to any residential development that creates five or more new residential units, no matter the building type. Ten percent of the total number of units have to be set aside for inclusionary housing.

“We have seniors in Avondale Estates,” Laratte said. “I’m not just talking about poor people. I’m talking also about seniors, those who have been in our community for a long time and don’t necessarily want to leave the community. I think senior housing falls within that category as well.”

Shortell has wondered how the city could incentivize affordable housing, but acknowledged that the city’s zoning code asks much of developers, like building streets and sidewalks, put in greenspace, build in sustainability measures and possibly public art.

“A couple of things that did get through in our new zoning code is someone can develop affordable housing now in our downtown by right, without having to go through a conditional use permit,” Shortell said. “We have also legalized accessory dwelling units…in our residential area so that folks can utilize those as a place to live.”

Korn mentioned that the city has options like Stratford Green, the condominiums behind Avondale Estates and two apartment complexes.

“I think that’s good enough for the city, in my opinion,” Korn said. “We definitely should make it affordable to our residents right now with these taxes that keep increasing. How can we offset that burden on our senior residents, so they can stay here and make that more affordable?” 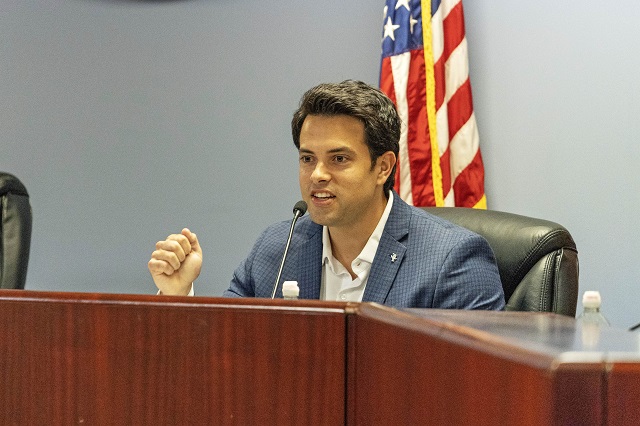 All election coverage can be found at Decaturishvotes.com and Tuckerobservervotes.com.