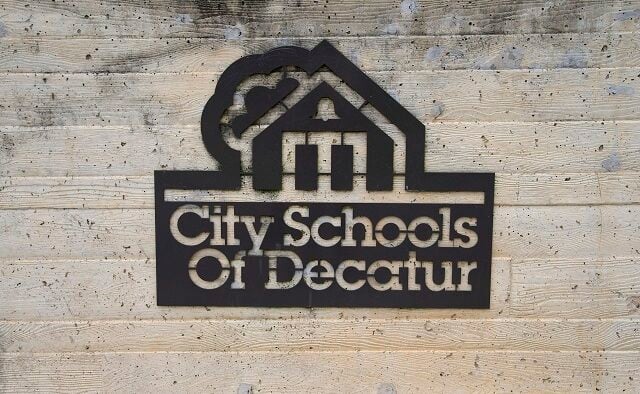 This story has been updated to clarify points about the tax exemption in response to questions from readers. To see a flyer advocating for the tax exemption that provides additional details about it, click here.

Decatur, GA — Earlier this year, Gov. Brian Kemp signed a bill that would allow voters to approve tax cuts for seniors living in Decatur. The tax cuts will be on the ballot during the city’s elections on Nov. 2.

The cuts would apply only to City Schools of Decatur taxes. SB 292 replaces an earlier and more expensive version of the tax cuts, known as a senior homestead tax exemption.

The senior homestead exemption ended up costing the school district more money than expected and didn’t accomplish its goals of slowing enrollment growth, so CSD decided to shift to a needs-based exemption.

“The general community perspective came down to let’s try to fit back into the bucket we thought it was going to be. Let’s try to take out $2 million of extra cost a year,” said Hans Utz, an unopposed School Board candidate who also served on the school district’s Senior Homestead Tax Exemption Committee. “Rather than it just being a generic benefit to every senior that’s over age 65, let’s see if there’s a way we can ensure that it’s focused on the seniors that need it the most.”

It’s important to note: the proposed homestead tax exemption does not replace any of the other available tax exemptions provided by the city of Decatur. To see the list of available exemptions, click here.

The new legislation provides tax relief for seniors by giving an exemption to seniors 65 and older on $200,000 of assessed home value, or $400,000 of appraised value, if their combined household income doesn’t exceed $53,000, according to a press release from CSD.

“If you make less than that and over the age of 65, $400k of your home value is exempted.  If your home is $400k or less in value, you pay no school tax,” Utz said. “That’s really focused on the needs-based exemption.”

The table below provides some examples of how much school tax seniors would pay at various ages, incomes and home values (these are assuming the 20.25 millage rate in CSD’s current budget and assuming the homeowners take no other exemptions provided by the city of Decatur).

Under the proposed homestead tax being considered by voters, seniors 70 and older would be eligible for a reduction of $200,000 of assessed home value, or $400,000 of appraised value. So $400,000 of their home value would not be taxed for the school system.

Homeowners 70 and older, with homes valued over $400,000 would generally owe something toward school property taxes assuming they don’t take any other exemptions, according to the city of Decatur website.

For example, if the home value is $500,000, only $100,000 would be subject to school taxes, assuming homeowners take the other exemptions.

For the average senior over 70, $400,000 would represent a significant portion of their home value that is exempt, so it would be a much smaller tax bill than most other Decatur residents who don’t have access to the exemption, Utz said.

“The biggest difference is going to be felt for the people who are above the age of 65, who are below the age of 70, that used to have the exemption and now aren’t going to have any of it because they’re above the income level,” Utz said.

Although, he added that those seniors would eventually age into the 70 and above category, where they would not be paying the full amount of school taxes.

If the exemptions are approved, the district projects the cost to be about $4.2 million, according to Lonita Broome, executive director of finance for CSD.

The previous version of the exemption provided an unlimited homestead tax exemption for seniors 65 and older that went into effect in 2016 and will end in 2021. In this version, seniors 65 and older didn’t pay the school portion of their taxes. That exemption was expected to cost CSD an additional $1.2 million per year over existing exemptions. It ended up costing the district almost $2 million more a year than expected, resulting in the tax exemption being revisited.

The projected loss of revenue due to the exemption at age 65 was about $4.3 million. The exemption ended up costing about $6.9 million, Broome said.

“The goal was to allow seniors to continue to live in Decatur to make sure that the property taxes were not so expensive on the seniors that they felt compelled to leave,” Utz said. “Hopefully, in the retaining some seniors in their homes, it would slow some of the inbound growth of new students coming into the schools.”

In Oct. 2019, City Schools of Decatur released a report detailing the findings of a property tax study that analyzed the effect an expanded tax break for seniors had on the district’s budget and enrollment. The report, produced by Georgia State University, found that the tax break cost CSD millions and did little to offset the growth in the district.

According to the report’s conclusions, the tax break “did not change the buying or selling behavior of those that would qualify for the exemption in the city of Decatur. Nor did it alter the growth in enrollments in CSD that has been ongoing since 2010. Rather, the policy incentivized the older residents that had not previously filed for an age-based property tax exemption to file for one. This shift from other homestead exemptions to the 65 and over full homestead exemption can account for much of the unexpected loss in revenues due to the 65 and over policy change.”

The homestead tax exemption on the Nov. 2 ballot has a two-year sunset. If approved, the exemptions will go into effect on Jan. 1, 2022 and remain in effect through 2023.

“It is this or nothing,” Utz said. “Meaning all of those zero values or reduced values will go back to the full tax paid value if this is not passed.”