Editorial: Candidate Israel Korn’s attacks against Avondale Estates city manager are off base

Editorial: Candidate Israel Korn’s attacks against Avondale Estates city manager are off base 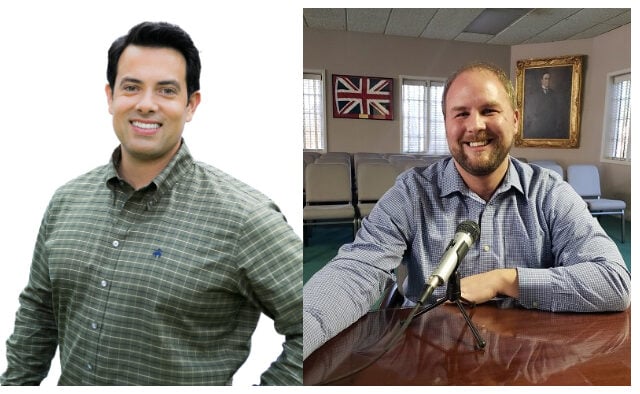 But Israel Korn, a candidate looking to unseat one incumbent and become Avondale Estates’ newest city commissioner, is running a campaign that puts Bryant in the bullseye over his handling of a controversy involving the city’s police department. Korn has implied that Bryant wasn’t transparent about what happened. He contends the failure of the department to achieve accreditation through the Georgia Association of Chiefs of Police and the subsequent retirement of Police Chief Lynn Thomas is ultimately an indictment of Bryant’s leadership.

When I asked Korn if he is claiming Bryant has lied about any of this, he said, “No.”

But he questioned whether the city manager had done his job.

Korn asked, “Did the City Manager actually stay on top of the issue and ask questions?”

Let’s look at the facts.

The city applied for accreditation through GACP. This accreditation would put the department in rarefied company. Less than 20% of all the law enforcement agencies in the state of Georgia have been certified by this organization. Activists have been calling for an independent third-party review of the department and its practices since the murder of George Floyd in 2020. That’s because the Avondale Estates police department has a reputation for turning the city into a speed trap that often ensnares Black drivers.

According to the activist group Avondale Alliance for Racial Justice, three-quarters of drivers ticketed by Avondale Estates police officers are Black.

I note that when we asked Korn in our Q&A whether the police department needed reform, he said, “No, the Avondale Estate police is doing an outstanding job!”

Seeking GACP accreditation began before the calls for a third-party review, city spokesperson Ellen Powell said. That third-party review is now likely to happen sooner rather than later. Given that AEPD couldn’t survive a casual brush with accountability by an ostensibly friendly organization, one wonders what the independent third-party review will turn up.

The police department did not get its act together, and the accreditation team ended its assessment early. The team leader said, “I would feel irresponsible recommending certification for the agency, based on the number of compliance issues and the amount of work still needing to be done to bring the agency’s policies up to standard.”

On the day the city released the accreditation report, it announced Thomas’ retirement and the resignation of the department’s accreditation manager. Seems straightforward to me.

Korn, however, has a different take about all this. In a blog post on his campaign website, Korn posted a job review for Thomas and asked, “If the Police Chief had such a great annual review this year then why is he the one leaving? Was he forced to retire? The citizens of AE deserve to know the whole story, and it is the responsibility of City Manager and BOMC to make sure that matters of public concern are treated with transparency.”

Given that Thomas’ retirement came after the city released this report, the answer to Korn’s question about whether he was forced to retire is an obvious yes. You don’t need to be Batman to figure that one out.

And for what it’s worth, I agree with Korn’s assessment that the city manager and city commission should act transparently.

What I’d like to know is whether Korn can explain how the city leadership was not transparent in this situation.

Korn’s argument is that the city told the public it was moving forward with the accreditation but that behind the scenes, something quite different was taking place.

“A narrative was painted which told that we were moving forward [with the accreditation], but what went on behind the scenes revealed a different story,” Korn said.

As evidence that the city was misleading the public, Korn produced meeting minutes from the March 10 City Commission meeting, where Bryant provided the commission an update about the accreditation process.

But the evidence Korn provided is weak. Here’s the relevant portion of the meeting minutes:

“City Manager Bryant said they were still awaiting the audit for accreditation from the Georgia Police Chiefs Association. He explained a mock audit had already been completed and the covid pandemic has slowed the process. He expected the process to be complete by the second quarter of this year. Commissioner Merriam appreciated the update and felt it was important to keep the public updated. Commissioner Shortell would like to know about any changes due to accreditation when that point is reached. Commissioner Laratte would like to find a way to speed the process. Mr. Bryant responded that city staff has done their part of the process and decisions now are in the hands of the Georgia Police Chiefs Association.”

That’s … exactly what the city has been saying all along. The accreditation was underway. It was, in fact, moving forward. But as Bryant correctly noted, the decision ultimately was in the hands of GACP. And we know how that turned out.

Reading Korn’s blog posts, you’d think the city was engaging in a massive coverup. But the city issued a press release and published the accreditation team’s report when Thomas left the city. The city then immediately addressed the issue in a public meeting and scheduled a special follow-up meeting to deal with this topic.

Releasing public records, publicly overhauling a department’s leadership, and holding public meetings is the very definition of transparency. One could quibble that the special called meeting was Zoom only, but it was still a public meeting. Korn and others had an opportunity to comment.

And comment he did, referring to a lawsuit against the police department in Talladega, where City Manager Bryant previously worked. Korn’s contention is that the city of Talladega’s police department being on the receiving end of a lawsuit is an indictment of Bryant’s abilities. Bryant was subsequently removed from that lawsuit because the incidents in question occurred before he started working in Talladega, the Avondale Estates’ spokesperson said.

Note to Korn and anyone else who thinks this Talladega lawsuit is significant: police departments get sued all the time, even the good ones. In fact, the family of the unarmed man then-officer Thomas shot and killed – Jayvis Benjamin – unsuccessfully sued the Avondale Estates police department in 2016 when Clai Brown was city manager.

By Korn’s logic, would that lawsuit be Brown’s fault? I doubt Korn’s supporters – who heavily overlap with supporters of Brown’s failed mayoral run, based on Facebook comments – would agree with that conclusion.

“To my knowledge, Clai Brown was not named in the lawsuit,” Korn said.

But again, that sounds weak, especially considering Bryant was subsequently removed from this litigation.

If lawsuits against police departments disqualified city managers, there would be numerous city managers who couldn’t find a job.

Interestingly, when Korn on his website published Thomas’ most recent performance review, he said there was a discrepancy between the positive review and the chief’s subsequent forced retirement. But a closer examination of that performance review finds evidence to support the implication Thomas misled Bryant about how the accreditation was going.

The review notes, “Lynn sometimes seems less forthcoming with negative information than with positive info.” The review also notes, “Lynn’s efforts to acquire state-level accreditation will pay dividends in the future. However, deadlines have slipped on this project, sometimes without the city manager being informed.”

That tracks with what Bryant was saying, doesn’t it?

“His overall score was great,” Korn said. “I would expect if he withheld information, the City Manager would have fired him long ago. The fact that there is no documentation on the progress is concerning. That is something that should have been required by the City Manager.”

OK, fair enough. But respectfully, most city managers don’t know proper police procedures from a hole in the ground. They depend upon the expertise of their police chiefs to guide them.

That is what Bryant was doing here. He was letting Thomas do his job until he realized that he needed to act. If anything, you could argue that he was being too deferential to Thomas.

Korn at times seems to misunderstand the role that Bryant plays in city government. In a Facebook post titled, “Lies, lies, lies, who can we trust?” Korn implied that Bryant himself is entirely responsible for what happened.

“City Manager claims former Chief Thomas lied,” Korn said. “I would think that’s a HUGE accusation! Someone needs to be held accountable for the lies they told regarding their department’s workings, and who better than the supervisor of the entire police department, the City Manager.”

It’s unclear to me what Bryant’s actual error was. Bryant did his job in this situation by holding his subordinate accountable.

It would be nice if I could discern a valid point to Korn’s sensational posts about this situation, but his goal appears to be ginning up a controversy for the sake of his campaign. His accusations aren’t supported by the evidence or common sense.

I asked Korn why he’s fixated on Bryant when he has two opponents in the upcoming election, commissioners Lisa Shortell and Lionel Laratte. I’ve yet to hear any compelling arguments from Korn that either of them is bad at their job and shouldn’t be reelected.

Korn insists he’s not making this campaign about Bryant.

“I’m not going to focus my campaign on him, but this is a current issue that needs to be addressed,” Korn said. “In a weak mayor structure, the City Manager is the backbone of the city overseeing ALL departments in Avondale Estates.”

Judging by his posts taking aim at Bryant and his stewardship of the city, you could’ve fooled me.

City managers come and go. So do police chiefs. But Korn has yet to provide any coherent argument about what the current city manager could or should have done differently. If he can’t do that, he should find a legitimate issue to complain about instead of scapegoating a public employee to win an election.

Bryant should be criticized when he screws up but has done nothing wrong here. Korn’s implications to the contrary only serve to offer us a glimpse of how he’d operate if elected to public office.