Flicks With Nicki – The Unexpected Joy and Pain of Ted Lasso

Flicks With Nicki – The Unexpected Joy and Pain of Ted Lasso 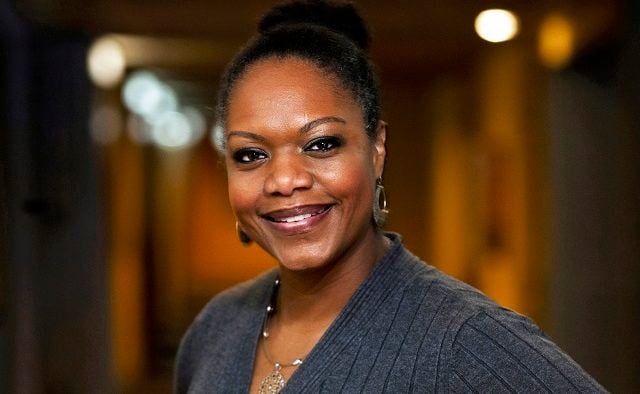 In season one of “Ted Lasso,” we see a fish out of water. Ted (Jason Sudeikis) is willing to navigate the uncharted territory of a new sport in a new country. He is not a simpleton, though at first you might think so. He likes puns and jokes. We learn not to underestimate Ted’s ability to read difficult situations and focus on compassion. The backdrop of the story is football. And football is life. For Ted this is true in so many ways.

Season two brings us mucho mucho joy and also some heavy doses of pain. We have the opportunity to further fall in love with our old favorites. If you’ve wondered about the buzz and haven’t watched the show, “Ted Lasso” is full of dichotomies. Each storyline is a journey. Each character is a surprise. Each episode is like a gift you are both anxious and hesitant to open.

Roy Kent’s (Brett Goldstein) gruff exterior is the same, but he must figure out how to manage new career options, a budding relationship, and a changing sense of self.

Nate Shelley (Nick Mohammed), Jamie Tartt (Phil Dunster), and Rebecca Welton (Hannah Waddingham) have daddy issues. They handle past hurts in different ways. On the other hand, Sam Obisanya (Toheeb Jimoh) has a father who cares for him very much. “I love you” we hear, and we believe it.

Beard (Brendan Hunt) has a twisted relationship with the nebulous Jane. And then we see Higgins (Jeremy Swift) with his wonderful wife Julie (Mary Roscoe). Higgins and Julie are the definition of #relationshipgoals.

The second season opens with a new revelation. Football is death. Death requires reconciliation. This theme stays with us through many of the episodes. Dani Rojas (Cristo Fernández) deals with death in the first episode. If football is death, that means that Ted and the team need some therapy.

We meet Dr. Sharon Fieldstone, a sports psychologist carefully played by Sarah Niles. She is tough without being cruel. She is observant without being judgmental. She is a voice of calm for the team and all the while she is battling demons of her own. The nuances never stop coming. In every way she is the perfect doppelganger for Ted. We assume Sharon and Ted are opposites. We discover they are more similar than we thought. We see anger, resentment, mistrust, and grief. It is authentic and that makes it terrifying to watch.

Ted and Rebecca deal with death in the middle episodes. Even the final scene of the last episode is a sort of a “death” scene. Sometimes change is death.

Did I mention this is a comedy? The actors show an enormous range of emotion and humor. The themes are complex. The laughs are real. Mental health, grief and loss, daddy issues, and the ups and downs of friendship and love. We take a hysterical and gut-wrenching journey.

Episode 1: “Hey, guys, Jan Maas is not being rude. He’s just being Dutch.”

Episode 2: “Wow, I’ve never met someone who doesn’t eat sugar. Only heard about them. And they all live in this godless place called Santa Monica.”

Episode 3: “The Americans really do the historical doll concept better, don’t they? Must be their innate sense of triumph, however misguided.”

Episode 4: “Santa’s true power is not his speed but his endurance.”

Episode 5: “Fairy tales do not start, nor do they end in the dark forest. That son of a gun always shows up smack-dab in the middle of a story. But it will all work out.”

Episode 6: “Boy, I love meeting people’s moms. It’s like reading an instruction manual as to why they’re nuts.”

Episode 7: “I told you, my lips are sensitive to impure metals and whistles give me mouth hives.”

Episode 8: “He refuses to open up. And when he gets anywhere close to being vulnerable, he fires off a zinger or some obscure reference to something very specific to a 40-year-old white man from middle America.”

Episode 9: “I’ve been to Vegas many times. One night is good, two nights is perfect, three is too many. Ted is a man. Just a man. And as for the fragility of life, I’m so glad someone finally asked. Because, yeah, I got a few thoughts.”

Episode 10: This episode took my breath away. Intertwined revelations from Rebecca and Ted give us longing, grief, and resentment. Great lines are: “When I love something, I love it forever” and “There’s something I should warn you of. I’m only going to get more wonderful.” Best episode of TV that I’ve seen in a long time.

Episode 11: Worth it for a brief choreographed dance routine, and Ted Lasso’s expressive face while reading a letter.

The series ended with many of the neatly tied up threads from season one now unraveling in season two. But I still felt satisfied. I don’t need a perfect sitcom resolution. “Ted Lasso” is not a man or a show about perfection. It gives me the earnest innocence of Will (Charlie Hiscock), the resounding integrity of Trent Crimm (James Lance), the strange and wonderful friendship of Baz, Paul, and Jeremy (Adam Colborne, Kevin ‘KG’ Garry, and Bronson Webb). I fall in love with Higgins and Sam. I aspire to be like Rebecca. There is a man quite like Roy Kent in my life. I’m sure at times I am a Keeley-like conundrum.

I try to avoid hugs. But I realize that I love hugging. I just don’t like indifferent throwaway hugs. I like an embrace. I like to be held and loved. Jason Sudeikis has found a way to embrace me. If you go back through the entire show the hugs are well-timed and well-thought out. Rebecca, Ted, Roy, Keeley, Jamie, Sam, and Sharon. We need these hugs. The camera lingers on Higgins who wraps an arm around his wife. The camera zooms in on Nate who is all alone. There is joy and pain in all of it. Ted Lasso is never going to let me down. There’s a lot of pressure for season three, but I still believe.