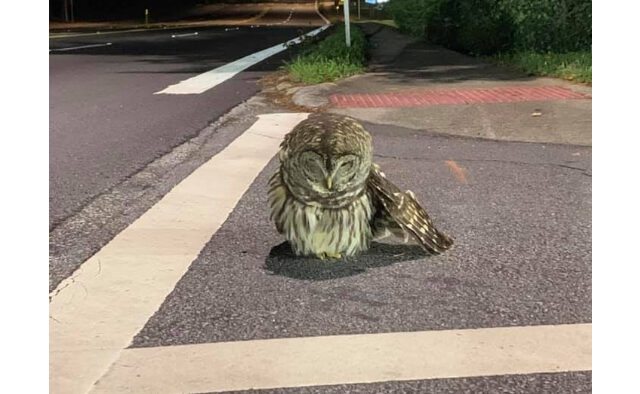 Decatur, GA — Decatur Police rescued an owl over the weekend. Officer Elisha Blue was out on patrol when he saw the injured bird and stopped to help it alongside Scott Boulevard.

“It was apparent that the little guy injured his wing and was not in the best of shape,” a Facebook post from the police department says. “Now, there are no classes taught in the police academy on dealing with owls. However, Officer Blue sure found a way to save the day here.”

Blue knelt behind a shield during the rescue. Officers put out a box that the owl eventually perched on, and Sgt. Amy Hall carefully covered the owl with a blanket. She gently put the owl in the box and closed the lid.

The officers took the owl to the Chattahoochee Nature Center, where it will be until the wing heals, Sgt. John Bender told Decaturish.

“We never know what we will stumble across while on patrol, but we try and prepare for it all,” the Facebook post says. 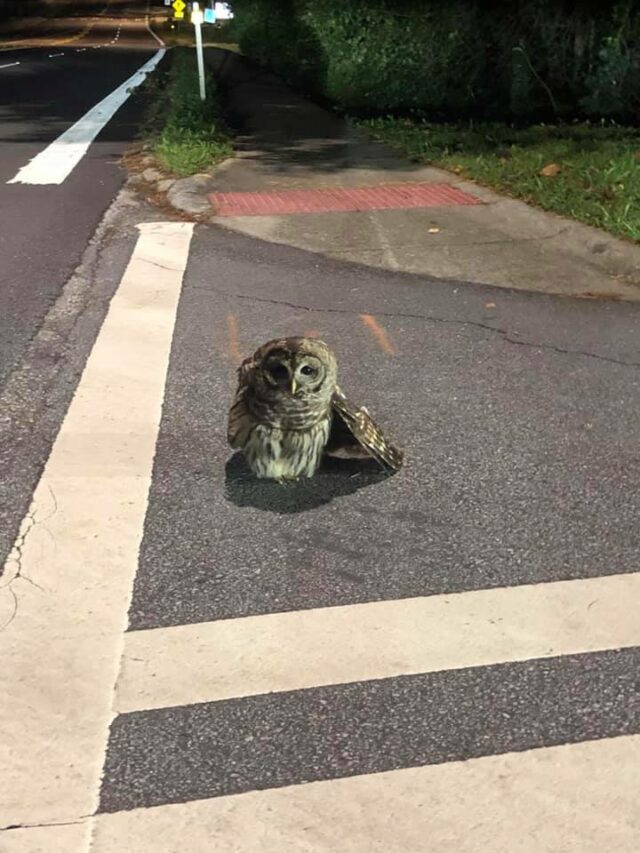 Decatur Police officers stumbled upon on injured owl on the weekend of Oct. 9 alongside Scott Boulevard. They rescued the owl and took it to a wildlife center. Photo from the Decatur Police Facebook page.