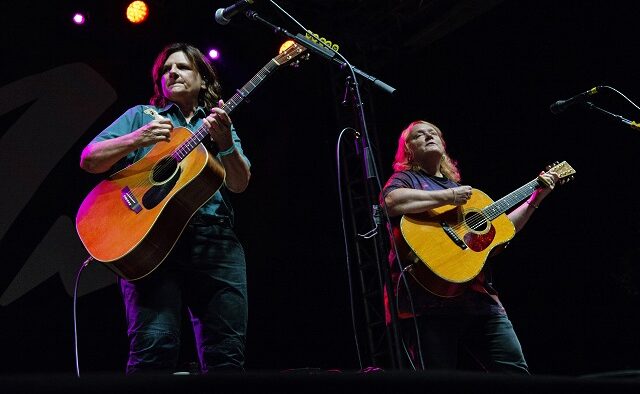 Decatur, GA — During the Amplify Decatur concert in Decatur on Oct. 2, the Indigo Girls joined calls to remove the Indian War cannon from the Decatur Square.

The DeKalb County Board of Commissioners will soon consider removing the controversial “Indian War” cannon from the Decatur Square. The resolution was introduced by Commissioner Ted Terry on Sept. 28 and was backed by Commissioner Mereda Davis Johnson. 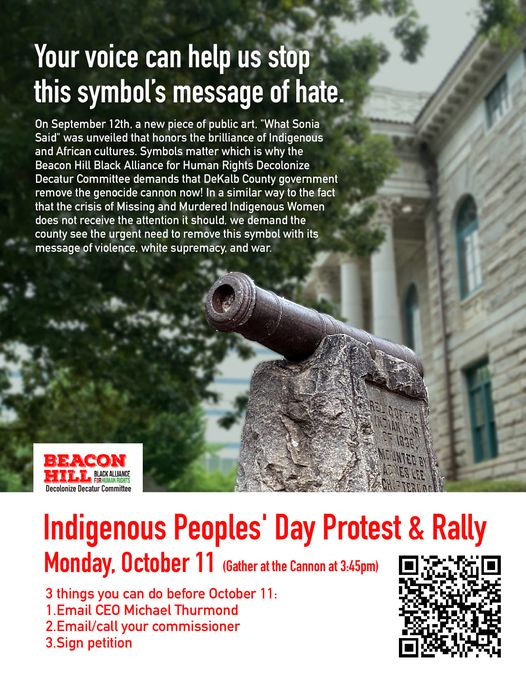 The cannon is not publicly owned and is not a monument as defined by state law, according to the resolution being considered by the County Commission. The cannon will be moved to an appropriate storage facility within 90 days.

Members of the community continued to encourage the commissioners to remove the cannon. Some have suggested replacing the cannon with a memorial or artwork that commemorates Indigenous people and also educates the public.

With Indigenous People’s Day approaching on Oct. 11, Paul McLennan, a member of the Beacon Hill Black Alliance for Human Rights, recently asked the county commission to take action, pass the resolution and remove the genocide cannon. Beacon Hill has gathered more than 1,800 signatures on a petition in favor of removal. He shared some comments that accompanied the signatures.

“No need for a cannon on public property that commemorates the decimation of Indigenous people and their forced removal,” McLennan said when sharing the comments. “There are many great moments in DeKalb history that could be commemorated with a statue. All of them I’d be proud to show my Black son. This cannon isn’t on that list.”