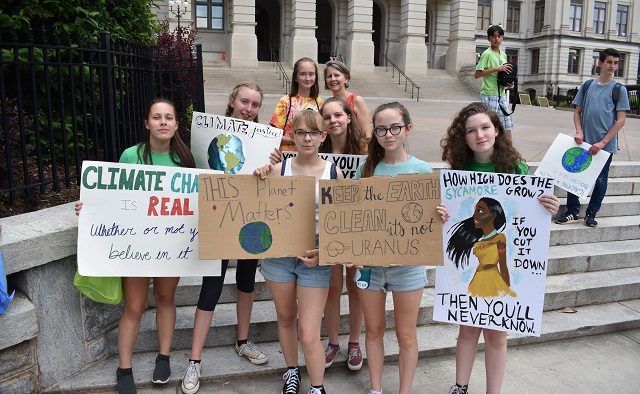 At the UN Conference of Parties on Climate Change, a main topic of discussion was about the need to direct resources from wealthy countries toward “developing” countries and island nations that have done the least to contribute to the climate crisis but who are dealing with its worst effects. In the midst of the media buzz about this occasion, which can feel distant from our everyday lives, we should regard the topics raised at the intergovernmental conference as a reminder that the need to address disparate environmental impacts also exists within our own community.

Each day in metro Atlanta, low-income residents of color live in environments that are less healthy than those in majority-white communities. CNN recently published an article describing how the historical redlining of neighborhoods has left Black Atlanta residents living in areas with more unshaded areas, resulting in temperatures 10-20 degrees above those only a few blocks away. We know heat waves to be lethal, and increasingly common in the United States. As the planet continues to warm as a result of human activity, we have to change conditions such as these.

Each of us can probably identify additional examples of environmental racism– and environmental justice movements– in our area. As community members, we likely know people who are working at the local level to steward water and land in West Atlanta and to stop the construction of a new concrete recycling plant in Stonecrest. Community groups doing this work deserve more legal and financial support from the government to meet their environmental needs.

It is past time for our representatives in Congress to publicly support the Environmental Justice for All Act. This bill would give communities across the country the legal standing to sue for environmental discrimination and would hold corporations to permitting standards that account for existing pollution in an area, preventing them from dumping greater pollution on already burdened communities. It would also authorize funding to local groups who are working to maintain healthy environments for future generations and establish a Just Advisory Transition Committee to assure that our neighbors who rely on the fossil fuel industry for income aren’t left behind in the accelerating transition to a green economy.

We know that prioritizing environmental justice will be key to ensuring that the green future we build together does not perpetuate the race and class disparities that have characterized the past and persist in the present. Let’s call on Senators Ossoff and Warnock and Representative Nikema Williams to join Representative Hank Williams in co-sponsoring the Environmental Justice for All Act, for communities in Dekalb County and across the nation.