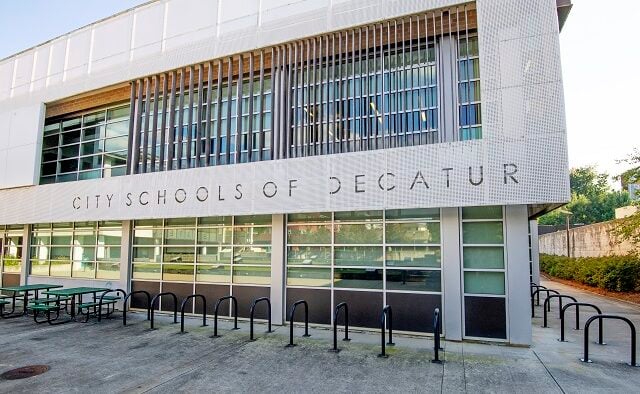 Decatur, GA — Two federal lawsuits against Decatur Schools, including one that led to a series of investigative stories by Decaturish that preceded the departure of the former superintendent, may be resolved before they go to trial.

Earlier this month, both sides of both lawsuits filed motions to stay all deadlines in the cases, indicating to the judges that the parties were negotiating a resolution to these cases. The judges granted both motions.

In the motion filed in the Adams suit, the attorneys wrote, “The parties are actively negotiating a possible settlement but may ultimately need to schedule a mediation.”

In the Nahmias suit, the attorneys wrote, “the parties have recently had discussions about potential pre-trial resolution of this case. The parties are in the process of selecting and scheduling a mediation in this matter.”

Attorney Anita Bala represents both Adams and Nahmias, though their individual cases are not related. She did not immediately return messages seeking comment. When Decaturish learned of the settlement talks on Monday evening, the School Board was in the middle of yet another lengthy executive session. While discussions in executive sessions are closed to the public, it’s likely the lawsuits are being discussed.

If the settlement / pre-trial resolution talks are successful, they could avert a costly and potentially embarrassing trial for the school district. It would also end two of the most significant lawsuits filed against CSD during David Dude’s time as superintendent.

Adams, the district’s former Executive Director of Staff Support, sued the district on Jan. 19, 2021. Adams alleges that Dude’s public statement about his departure from the district hampered his ability to find work and breached a non-disparagement clause of his severance agreement with the district. He alleges a central office shakeup in December 2019 occurred because the district’s former finance director expressed concerns that Dude took more vacations than his contract allowed. Decaturish investigated these claims and found evidence to substantiate them. The School Board launched its own independent investigation of the claims, but declined to release the results, saying only the investigator found no evidence of criminal conduct. Following our investigative reporting, and the school district’s investigation, the Decatur School Board announced on April 27 it was parting ways with Dude.

Nahmias, formerly a Decatur High Instructional Coach/International Baccalaureate Coordinator, filed a lawsuit in federal court on Dec. 23 alleging racial discrimination and retaliation. Her son was filmed making racist comments, and the video became public in May 2020. She sued the school district after she was demoted and reassigned to a job within CSD’s central office. She claims the demotion was the culmination of a months’ long campaign of retaliation against her for sticking up for her son’s rights and for years of whistleblowing activities within the district.

Nahmias had been working as an instructional coach with the district and was involved with CSD’s virtual academy. But on Nov. 30, she announced to parents that she had resigned from the district. It’s unclear if her resignation was related to the discussions about a settlement of her case against the district. She could not be reached for comment.

The settlements would bring the total number of federal lawsuits against the district down to one from the five the district was facing when the year began, all of which were filed under Dude’s watch. The remaining lawsuit is the one filed by the mother of a girl allegedly assaulted in an Oakhurst Elementary bathroom is suing the district, alleging the district violated her Title IX rights.  The U.S. Department of Education’s Office for Civil Rights in 2020 concluded its investigation prompted by an allegation that a gender-fluid boy assaulted the girl in an Oakhurst Elementary school bathroom. The investigation, which began in 2018, could not substantiate that an assault ever occurred. It did, however, note that City Schools of Decatur did not follow the proper investigative procedures under Title IX, the federal law that protects students from discrimination.

There’s no indication that the case is being settled, based on the current court filings.

This is a developing story and it will be updated when more information is available.