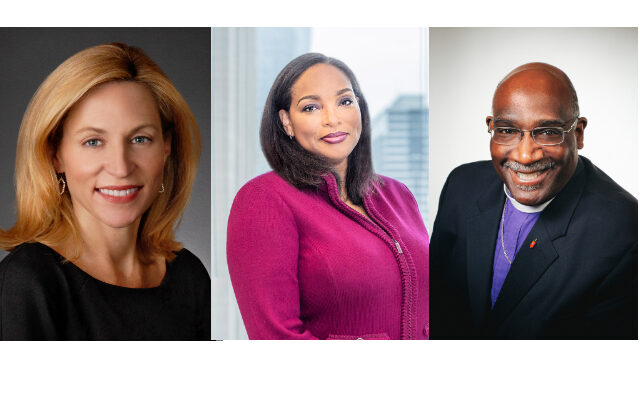 The Board of Trustees oversees the governance and long-term well-being of the institution by establishing policy and exercising fiduciary responsibility. The board may have up to 45 active trustees and each serves a six-year initial term; four-year renewable terms may follow.

Dukes has served as senior managing director and CFO of Invesco since 2020. There she leads all global corporate finance functions, including strategic and financial planning, investor relations, accounting, corporate tax, and treasury.

Before joining Invesco, Dukes was CFO at SunTrust Banks, Inc., where she led the structuring of the merger of equals with BB&T Corporation, now known as Truist Financial Corporation. Dukes served in several leadership roles throughout her 20 years with SunTrust, including head of commercial and business banking, president of the Atlanta division, co-head of private wealth management, and managing director and head of syndicated finance originations for SunTrust Robinson Humphrey.

Dukes earned a bachelor’s degree in mathematics from Vanderbilt University and an MBA from Emory’s Goizueta Business School. She serves on the board of directors for Haverty Furniture Companies, Inc. She is an active member of the Atlanta community, having previously chaired the board of Junior Achievement of Georgia and currently serving on the boards of Children’s Healthcare of Atlanta and the Atlanta History Center.

Lawrence-Hardy is founding partner of Lawrence & Bundy LLC. Known for her skills in trying cases, negotiating complex settlements, and finding creative solutions, she has successfully defended Fortune 100 companies throughout the United States and abroad in numerous trials, arbitrations, and other forms of alternative dispute resolution.

Before co-founding Lawrence & Bundy LLC, she spent 18 years at Sutherland, where she was a member of the firm’s executive committee and co-leader of the business litigation group. She also served as a law clerk for the Honorable Susan H. Black of the U.S. Court of Appeals for the Eleventh Circuit.

Lawrence-Hardy received her undergraduate degree, magna cum laude, from Spelman College. She is a graduate of Yale Law School and member of the Yale Law Fund Board. She is a fellow in the Litigation Counsel of America, an invitation-only trial lawyer honorary society that represents less than one-half of one percent of American lawyers who are selected based on excellence and accomplishments in litigation trial work and superior ethical reputation. She has been repeatedly named and recognized as Chambers USA’s “The Best Lawyers in America,” Georgia Trend’s “Legal Elite,” Atlanta Magazine’s “Super Lawyer,” “Top 100 Georgia Super Lawyers,” and “Top 50 Female Georgia Super Lawyers.”

Palmer was elected to the episcopacy in 2000 and assigned as the resident bishop of the Ohio West Area of The United Methodist Church in 2012. He is also serving as an interim bishop of the Illinois Great River Area through December 31, 2021.

Palmer’s pastoral career includes student pastorates in North Carolina and post-seminary appointments in the East Ohio Conference in Cleveland, Canton, and Berea. He also served as superintendent of the Youngstown District of the East Ohio Conference. From 2004 to 2008, he served as president of the General Board of Higher Education and Ministry. In 2008, he became president of the Council of Bishops and served a two-year term.