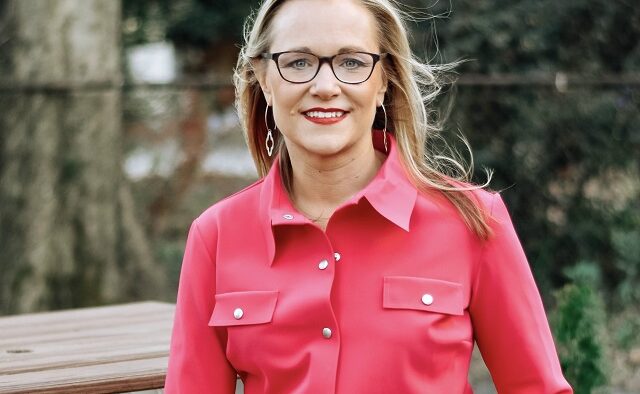 Mahoney is running against Lilianna Bakhtiari to replace Natalyn Archibong on the Atlanta City Council. The candidates are in a runoff election and Election Day is Nov. 30. District 5 includes East Atlanta, Edgewood and Kirkwood.

During the municipal elections, if a race for any seat does not result in any single candidate receiving at least 50% plus one vote, the election will go to a runoff, according to the city of Atlanta website. The runoff election will be between the two candidates who received the largest number of votes between Fulton and DeKalb Counties.

In the general election, Bakhtiari received 49.5% of the vote and Mahoney received 18.26%.

Bakhtiari was invited to join the Twitch forum and previously agreed to attend. However, she did not attend. According to a staff member, she intended to participate, but was called to a family emergency early Wednesday morning. The campaign explained her absence right before the Twitch forum started, and did not respond to messages sent the day before asking if Bakhtiari still planned to attend.

Here is the full video of the forum:

Here is our full recap of the forum:

“I am fortunate to have an amazing army of committed volunteers,” Mahoney said. “We are getting back out there knocking doors who voted, knocking on doors of people who may not have voted, because life happens, but they had said they were going to vote for me.”

Mahoney and Bakhtiari ran against civic activist Sam Bacote, community organizer Doug Williams and civic activist Katie Kissel. During the runoff election, Mahoney is relying on peer-to-peer validation, among other strategies, from those who knew other candidates to gain support from more voters.

“[I’m] working with [those] who have come to me and said, ‘I’m excited about you. What can I do to help?’ They are now my amplifiers,” Mahoney said. “It’s another layer of that grassroots engagement.”

Mahoney identifies as a climate candidate. She hopes to weave the mitigation and adaptation of climate into how the city works.

Under Kasim Reed’s administration, the city completed a resilience plan for the city, which has not been implemented under the Keisha Lance Bottoms administration.

“I believe that we need to pull that plan off the shelf and breathe new life into it,” Mahoney said. “I don’t think we need to start over with the climate planning for Atlanta. I think we need to use that planning that’s already been done. That plan had so much robust stakeholder engagement in the design of that plan. It has equity as the first and foremost principle of it.”

She added that homes should be improved to withstand the changing weather in order to allow residents, especially elderly residents, to age in place.

“We need to be leaning into and providing more resources [toward] weatherizing these folks homes, so that they can truly be able to live in a house that is healthy and safe for them to live in,” Mahoney said.

“The real need in Atlanta is workforce housing for people who are making between $30,000 and $60,000 a year. Within that, we need more rental units. We need more high-quality, healthy rental units,” Mahoney said. “I think that we need to immediately use best practices like that so we can catalyze the private sector to be able to go out and do what they’re good and build more units.”

In order to improve sidewalks and other pedestrian infrastructure, Mahoney wants to implement participatory budgeting and use funds dedicated to District 5 to address infrastructure issues.

“I think that the first and foremost thing is implementing participatory budgeting so that we can have a transparent process,” Mahoney said.

During that process, she would present infrastructure projects to the neighborhoods and have residents rank them in the order they’d like to see the projects addressed. After that, the projects would be priced out and would back to the community for another round of ranking.

She also hopes to make sure the planning and construction processes for infrastructure projects are transparent.

“Second is working with the Atlanta Department of Transportation as well as the Georgia Department of Transportation to be able to apply the dollars they have against their priorities to get those done in an efficient and transparent manner,” Mahoney said. “We’ve also got to make it more transparent around how these infrastructure projects are working, and hold the staff of public work’s feet to the fire more to do what they say they’re going to do.”

More information on the runoff elections

Each early voting location will have a drop box for absentee ballots until Nov. 24. Voter must return an absentee ballot on Nov. 30 to the DeKalb Elections Office at Memorial Drive.

To request an absentee ballot, click here. Absentee ballot applications must be requested by Nov. 19, according to the new voting law SB202.

All our elections coverage can be found at decaturishvotes.com.